Eaglemoss currently has lots of stuff on display at the New York Comic Con, including lots of starships from Star Trek: The Official Starships Collection and new spin-off Discovery collection. Continue below for a look at several new models on display, including Discovery's USS Shenzhou and USS Discovery, and the latest in the XL size series, and shuttles.

First up, our first look at the painted USS Shenzhou (not final mind you - I hope that deflector gets it's distinctive purple glow), the first ships in the Discovery series, due early next year (mages via Figures.com) 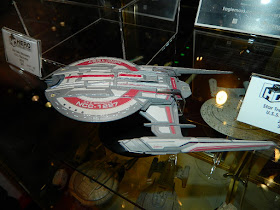 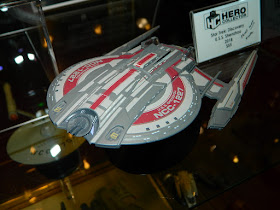 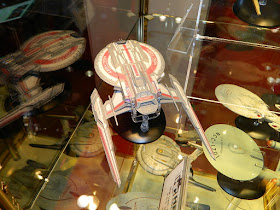 The second issue in this series will be the USS Discovery (John Eaves posted these photos): 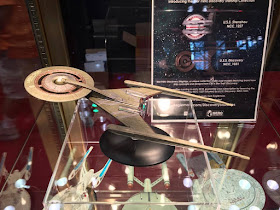 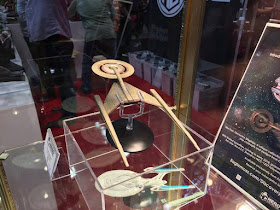 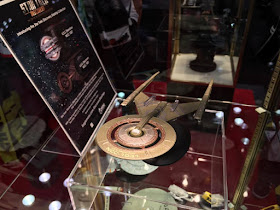 Also on display are the first five ships in the XL series, including our first look at the impressive new USS Voyager model (images via Figures.com and ToyArk): 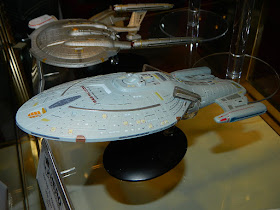 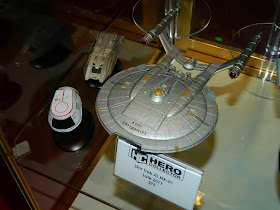 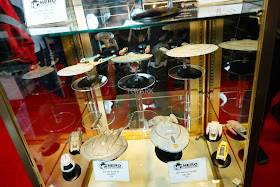 Nestled among those big ships are the shuttles of the forthcoming shuttle set 3, which includes a delightful work bee with interior, travel pod, type 11 shuttlecraft, and the Argo (images again from Figures.com). 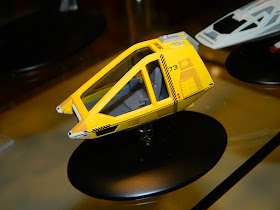 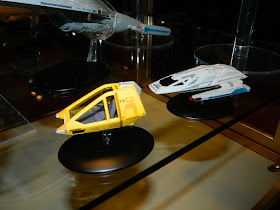 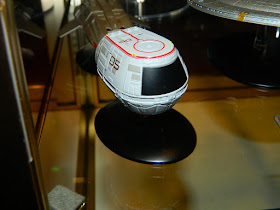 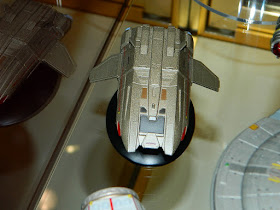 Eaglemoss also had large displays of other ships from the series on display, including the recently released bonus issues USS Titan and USS Aventine (via ToyArk): 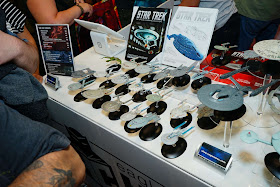 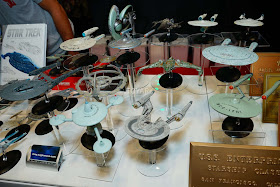 Finally, dipping out of the Star Trek universe for a moment, also on display for the first time, the first ships from Eaglemoss' new Battlestar Galactica series, some rather big (not yet painted) fighter models (via ToyArk again): 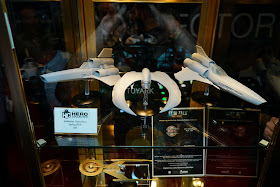 You can see many more photos of all the above models in the noted galleries at Figures.com and ToyArk.