Disruptor Beam have announced the details of the new Star Trek: Discovery "mega-event" Discovery: A New Anomaly, in Star Trek Timelines. The four-part adventures will run through October. They have released this snazzy new trailer, narrated by John de Lancie (Q), and featuring such pleasing images as the USS Discovery in spacedock, and among a fleet of the other Star Trek hero ships.

Here's the blurb for the story that brings the Shenzhou and Discovery characters to the game:


The U.S.S. Shenzhou has arrived in the present day with a bang: the ship appears to be enveloped in a new form of temporal anomaly which can travel with her. As the Shenzhou moves across the Alpha Quadrant, she leaves a trail of disrupted chronitons and displaced people behind it, bringing fresh chaos to the galaxy you have been working so hard to keep intact. Worse yet, the Shenzhou is not responding to hails from Starfleet or anyone else. We are concerned that something terrible has befallen the Shenzhou and her crew. It’s up to you to chase down the Shenzhou, determine the fate of her crew, and stop the new wave of destruction to the timeline.

New characters are also being introduced to the game, with Captain georgiou and T'Kuvma joining the previously announced Michael Burnham and Saru. 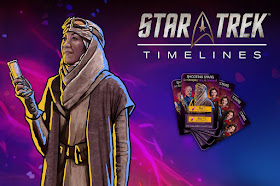 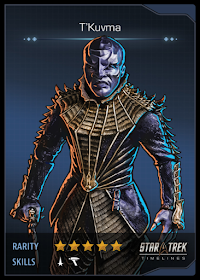 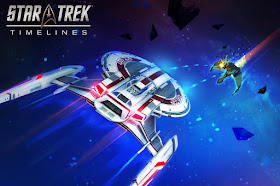 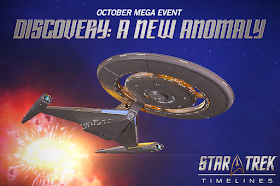