Bye Bye Robot have revealed their latest Star Trek art releases, with six new prints from four artists including images inspired by Voyager, and two different eras of TOS. Continue below to check them all out.

First up, from Bye Bye Robot co-founder Charity Wood, we have Intrepid Class, a wide format painting of the USS Voyager, which continues a series in the same format which so far also includes the TOS USS Enterprise, and the Enterprise NX-01. Like those previous pieces, this is a 14x36 inch print.

Voyager is also featured in Jeff Foster's latest impressionist starship painting, Aperture 823 The Road Home. This is Foster's first Voyager image in his starship series for Bye Bye Robot, which now spans most of the franchise. This latest print is 18x22.75 inches. 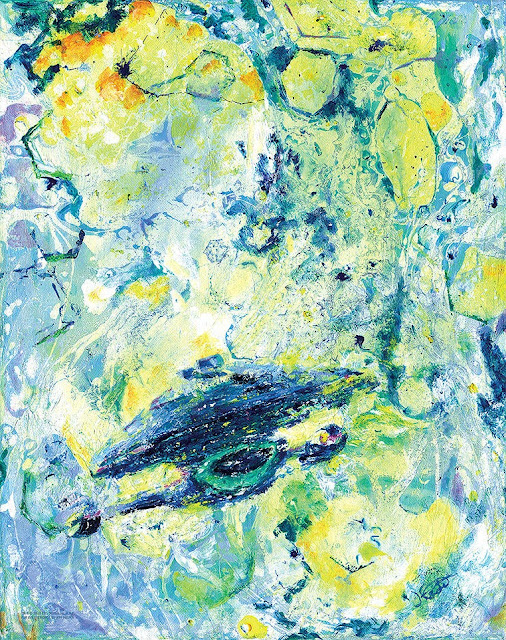 Another returning artist is Drew Riley, who takes us to a key moment from The Wrath of Khan, in LLAP. Riley's previous pieces for Bye Bye Robot have featured bold colours and paint splatters, so this more realistic and intimate image feels like something of a new direction for this artist. It was inspired by the real world passing of Leonard Nimoy. This is a 12x24 inch print.

The last three pieces are all from Paul Shipper, who is new to Bye Bye Robot's pool of artists, but well known to trekkies already for his many Star Trek comic covers for IDW. This first piece, TOS Crew, shows what the title says, in a retro style that feels like it could be an old novel cover - In reality it's rather bigger, as an 18x24 inch print. 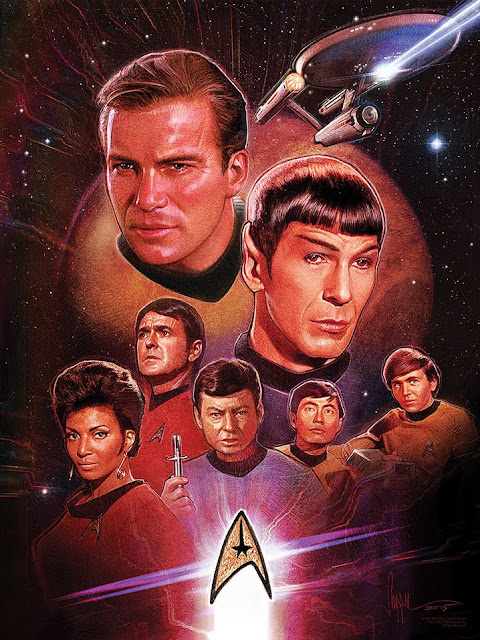 The next piece also features the TOS crew, but alongside Star Trek creator Gene Roddenberry, in Gene's Dream. This is also 18x24 inches. 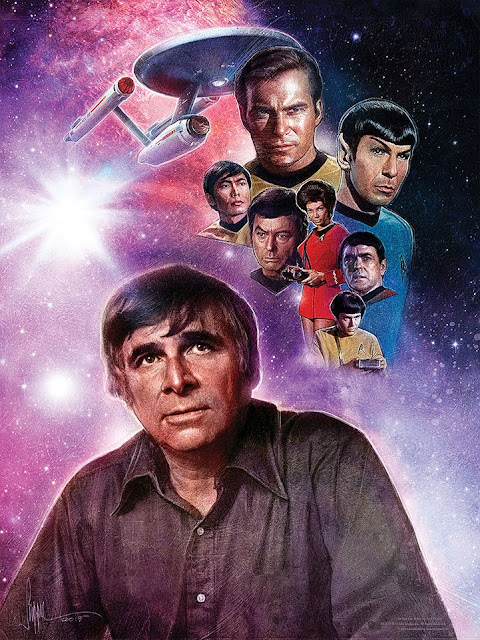 And finally there's also a black and white variant of Gene's Dream, which is a slightly narrower 16x24 inches, as it has a slightly different layout in addition to not being coloured. 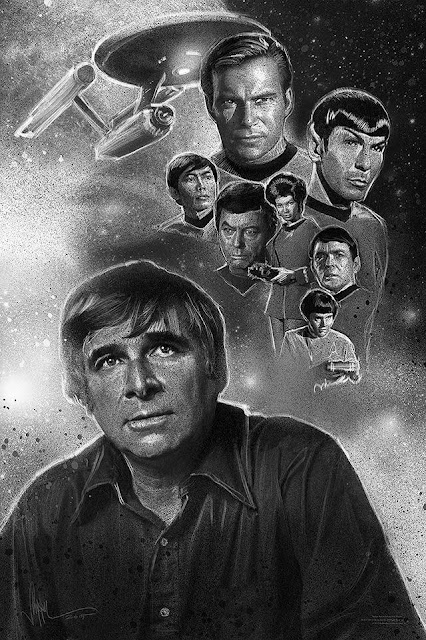 To check out much more cool artwork from Bye Bye Robot, have a look back through my Bye Bye Robot tag to find previous reports.