The much anticipated shuttecraft set from Star Trek: The Official Starships Collection is now available to order in the UK. Included are the TOS-era Galileo, TNG type 6 Goddard of the Enterprise-D, DS9's type 10 shuttle Chaffee of the Defiant, and Voyager's type 9 Cochrane. The four shuttles are smaller models than regular issues, about seven centimetres long on average, and also some with smaller magazines, eight-page booklets for each ship. As a sweetener, also included are four brand-new Okudagrams, printed on plastic sheets, and held upright with little stands. 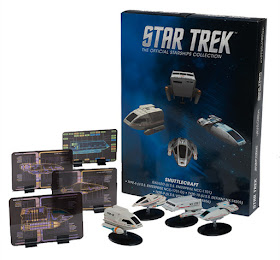 As forewarned, due to being a smaller production run, these are, despite their smaller size, going to be more expensive than regular issues. The UK price is £75, although you can take that down to £55 using a promo code which is being emailed to subscribers (and might be circulating on Twitter too...). As ever, they will be released in other markets later (some of which have offered them as a premium subscription extra). Continue below for more views of the shuttles, and some other updates from the collection: 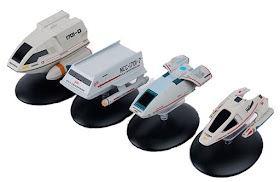 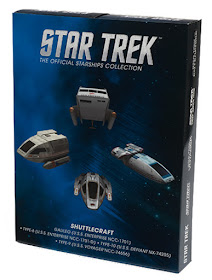 The four shuttles and the USS Kelvin special issue (which is due for release imminently), were also on display at the New York Comic Con over the weekend. Thankfully fan of the series Tom Tsang, was there to ask questions and take photos, including some really good shots of the shuttles, all of which he shared on the collection's Facebook page (where you can find a few more images and further notes from Tom): 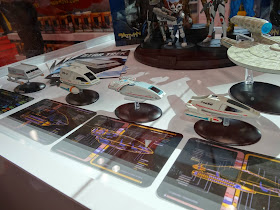 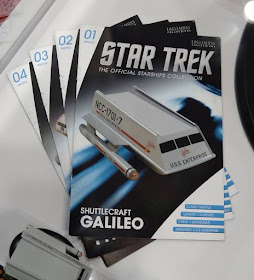 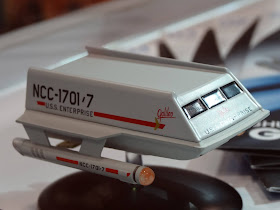 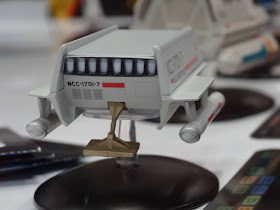 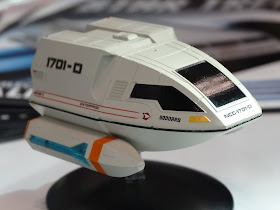 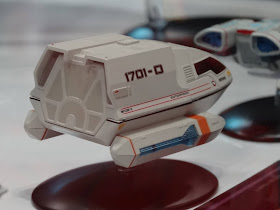 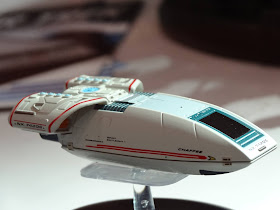 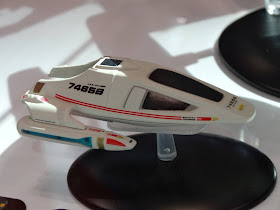 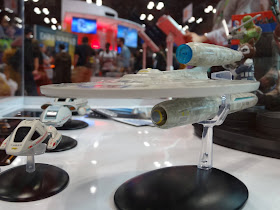 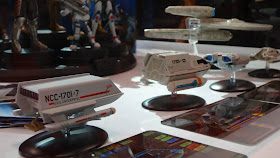 Talking to the collection's manager, Ben Robinson, who was also at the convention, Tom also reports that the series will be continuing beyond ninety issues! Additionally he learnt the Narada is in line to be one of the special issues, presumably the seventh, as they tend to be announced in the order they arrive.

Finally, the Eaglemoss online shop also now has a listing up for the USS Kelvin special issue, including some new images of the magazine and model: 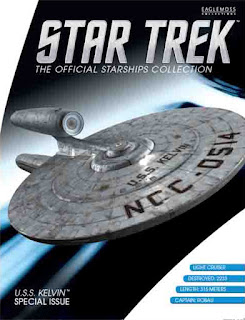 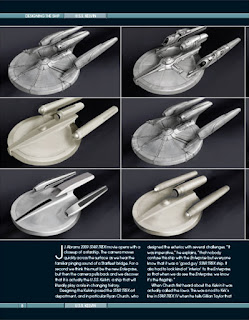 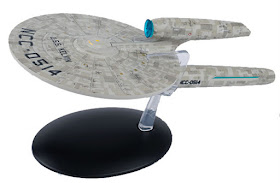 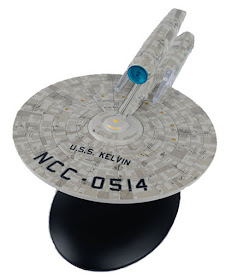 UPDATE: Eaglemoss have now put two new dedications plaques for sale on their website too! Following on from the previous Enterprise-D plaque, you can now add the USS Voyager and USS Defiant to your collections. A plaque for the TOS USS Enterprise is also on the way, but not available just yet. 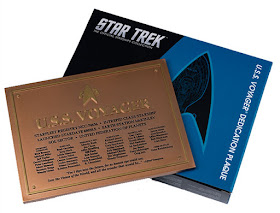 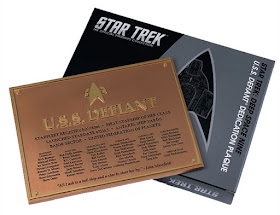