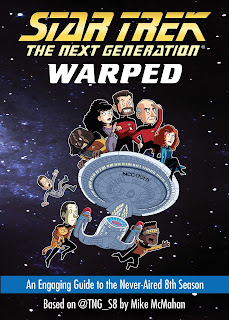 The TNG parody book, Star Trek: The Next Generation - Warped: An Engaging Guide to the Never-Aired 8th Season, has just been released. As the title suggests, the book details the previously unknown eight season of The Next Generation, based on the TNG_S8 Twitter account, by Mike McMahan. The book also features lots of new illustrations by Jason Ho, several of which have been previewed to tempt you into this amusing volume. Continue below for a look at the preview images, and several preview pages: 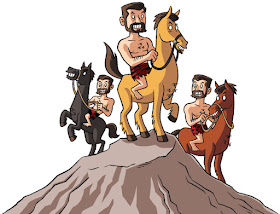 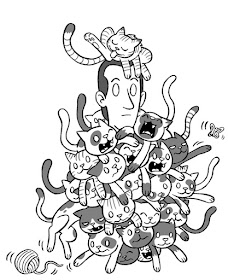 Thanks to Amazon's Look Inside feature, you can sample quite a few pages from the book, including the following six, which are most of the coverage for a single episode in the would-be eighth season of The Next Generation. That includes a summary of the episode, memorable quotes, trivia, and notes on continuity errors, plus illustrations of course. 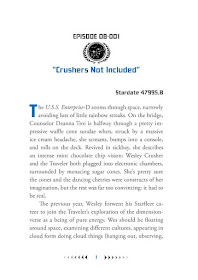 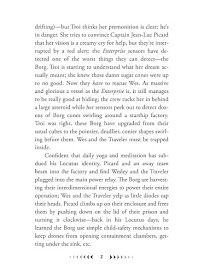 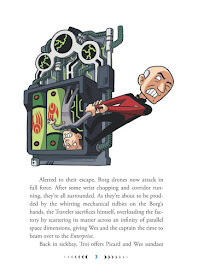 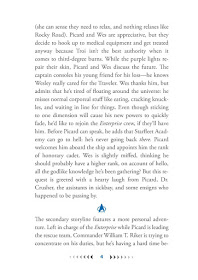 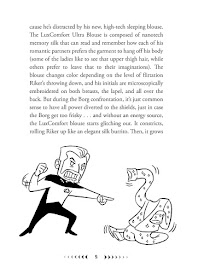 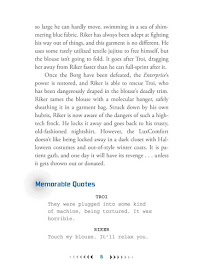 You can browse through several more preview pages on Amazon, and of course find much more in the book, such as these final two sample images below. You can also find an interview with the artist, Jason Ho, on The Robot's Pajamas. And on said artist's Instagram you will also find a behind the scenes look at the design of the cover! 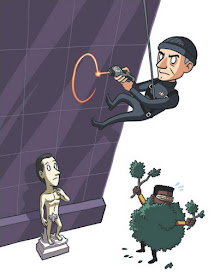 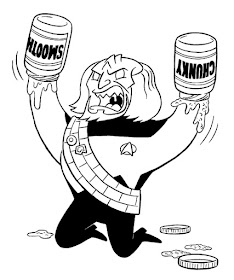