Lots of updates from Eaglemoss' Star Trek: The Official Starships Collection below. But first the news I've been waiting for, for a little over a year: The petition to get the USS Titan in the collection has now passed over the five-thousand signatures mark! Here's the collection's manager, Ben Robinson's response on Twitter:

Now I wouldn't expect anything to happen very fast, getting the list of names is just the first step, but as Ben has indicated, plans are now afoot on figuring out how to translate that interest into making the extra Titan issue a reality. Ben seemed very positive and determined to make this happen when I talked to him, and had some exciting thoughts on sharing the development process for this extra issue too. Until Eaglemoss finalise their plans for the next stage, please continue to try and seek out more fans of the Titan to sign the petition, I am sure a proportion of the names on there will not follow through with pre-ordering when the time comes, so the bigger the buffer the better, to make sure this happens!

Meanwhile, regular issues continue apace as ever! The latest to get their official solicitations are issues sixty-one and sixty-two, the Norway class, and Voth Research Vessel. These are due out in the UK first, this December, while other markets will follow behind as usual. 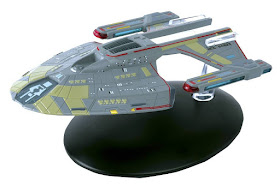 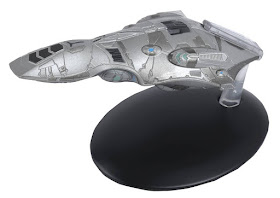 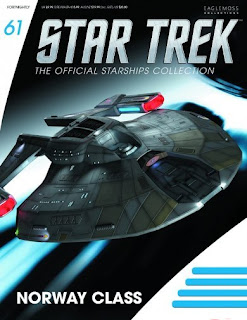 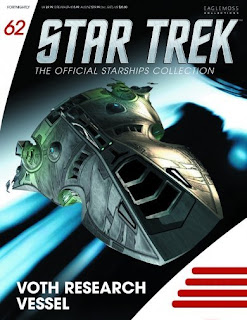 Also in the latest batch of solicitations is the first of the extra mirror universe issues, the ISS Enterprise. The three-pack of the Enterprises C, D, and E, has also been solicited for wider release, after the initial offering via Eaglemoss' online shop. 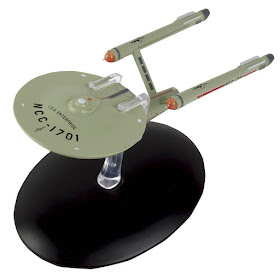 Back with Ben on Twitter, here's the first images of the Klingon D7 model, which will be coming as issue sixty-seven, early next year.

And the latest dedication plaque, this one for the original USS Enterprise.

Aside from the extra issues and dedication plaques, Ben also seems to be working on something else Star Trek, entirely separate from the collection, so presumably another series due to launch some time. So far he has avoided the slightest hint of saying what it is, other than it being something he would like to own himself, and that will apparently make us Star Trek fans very happy - Can't wait to see what it is!

Ben also provided an update on the status of the collection, which is still awaiting some number crunching on whether it might continue beyond the currently planned ninety issues. In doing so he did mention there will now be at least seven specials, which means there is still one yet to be announced (fingers crossed for Earth Spacedock!)

Meanwhile, the fifth special issue, the USS Kelvin, is due out very soon. Here's the preview UK subscribers got via email: 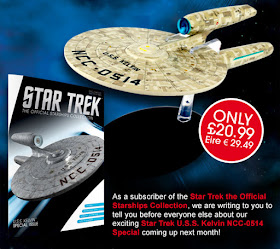 And of course Ben shared a few more images of this lovely model too: 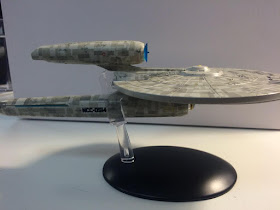 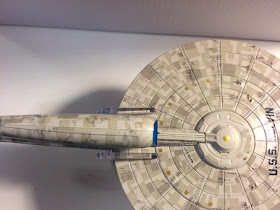 And a lovely new rendering as well: 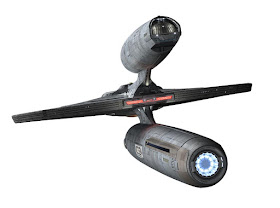 But possibly the most exciting thing Ben has ever shared is this artwork for the wonderful USS Kelvin salt and pepper shaker. I always wondered how the pepper component worked! I cannot fathom how this hasn't been made into something we can all buy and use already! 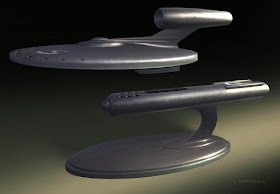 
A thought/question - would people want a nice hardback book that collected the Designing Starships articles added a few and expanded  some?

That is the book I have always wanted! Please do and tell Ben you want it too! Maybe it will include some of this hoard of concept art Ben has to hand: 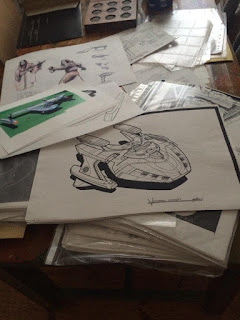 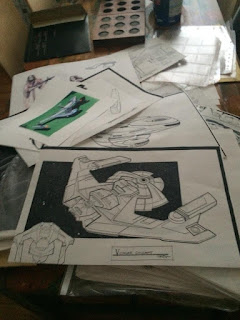 Back with the collection, Ben also posted this interesting image showing the development of the Romulan Bird of Prey, from pale green to the grain-infused print used on the final model:

That was the latest ship delivered to UK subscribers. And the next delivery will include the Borg Tactical Cube - Here's a new view of that model too: 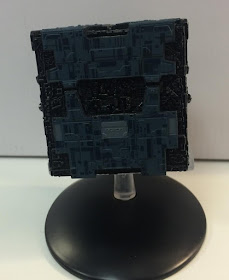 Finally, Eaglemoss have updated their online ship with new images of the last few issues to be released, the Steamrunner class, D'kyr, and Saber class: 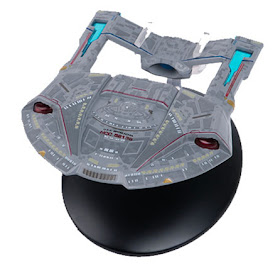 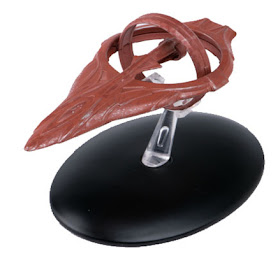 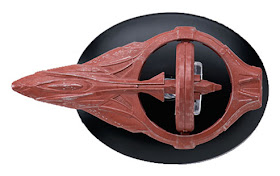 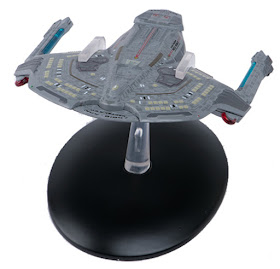 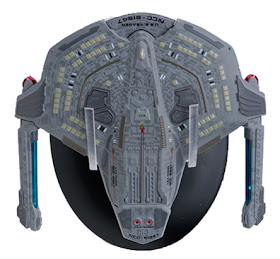