Earlier this year it was announced Mega Bloks had secured the license to produce Star Trek construction toys, and a few months later we got the first look at their incredibly impressive USS Enterprise model. Well now at the New York Comic Con they are showing off the Enterprise again, as well as two other sets that will be released along side it when the line launches in the autumn of 2016. Continue below for all the details.

The biggest set by far is that incredible USS Enterprise, which Gizmodo's Toyland report will be made from over three thousand pieces, and also have light up nacelles! It will also come with two figurines (not to scale), Kirk and Spock, in dress uniforms. This 1/350 scale masterpiece will set you back $250. 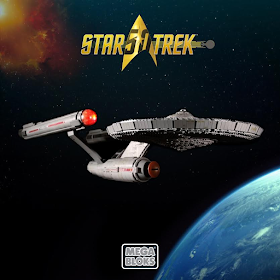 At a more accessible scale and cost ($30), but no less impressively built, there's the Klingon D7 class, which also comes with a figure, a Klingon of course, standing under a banner of the Empire on the display base. 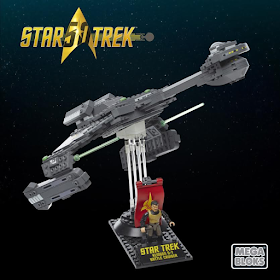 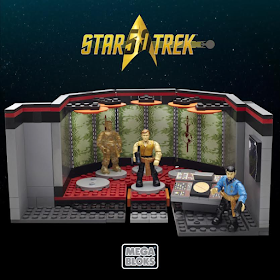 All three sets, plus some more character figures are on display at the New York Comic Con this weekend - I assume the other characters imply Mega Bloks will be producing other sets too, featuring those figures. Here are a few images of the displays, via the Mega Bloks Facebook page and Toy Ark. You can see many more images from all angles in Toy Ark's extensive gallery. 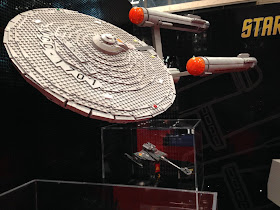 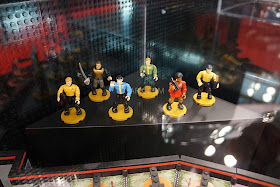 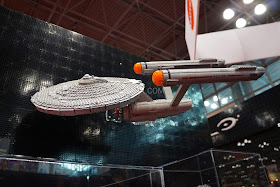 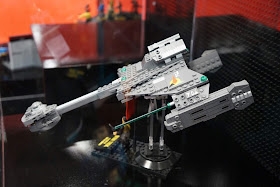 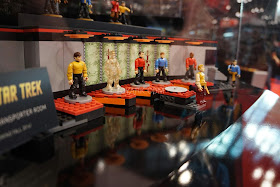 Also on display at the Comic Con is a full size brick-built replica of the TOS captain's chair! Image via Mega Bloks' Twitter: 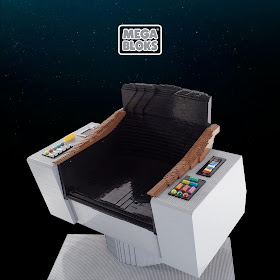