It's not due out until next July, but Insight Editions have their landing parties well planned it seems, as they have already released (via Amazon) a bunch of preview pages for their forthcoming Star Trek parody book, the Redshirt's Little Book of Doom. Illustrated by Anna-Maria Jung, and written by Robb Pearlman, the featured redshirt seems to have even less luck than your average Enterprise security officer, facing not just landing party perils, but everyday disasters, and even fairytale fatalities. Continue below for a few preview images (which judging by the note on the cover, might not be finalised quite this far in advance of publication): 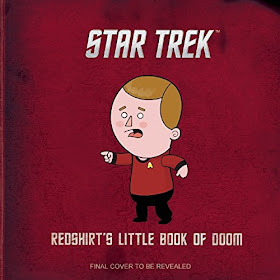 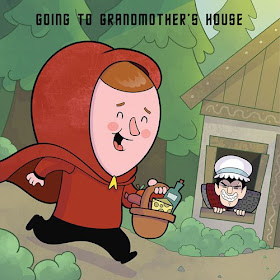 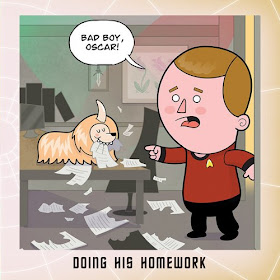 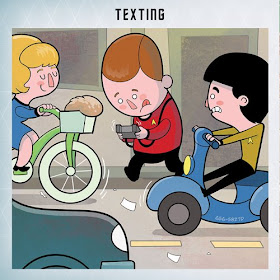 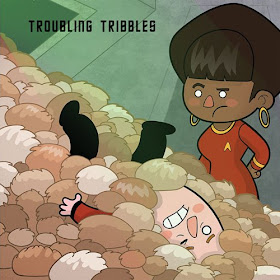 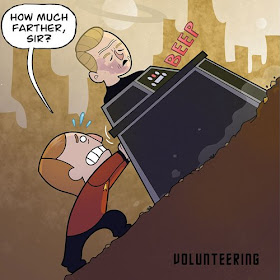