Forget 2015, Star Trek has always got eyes on the future; so you'll be glad to know Universe Publishing has revealed (via Amazon listings) its 2016 Star Trek calendar range already! All four of the regular calendars from the past few years will be continuing. But joining them this year will be a fifth format! Ships of the Line is being expanded into a sixteen month calendar poster featuring the ship-tastic cover artwork from the first Ships of the Line book. 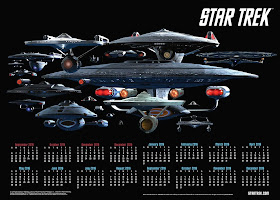 Celebrate being a Trekker in a big way with the Star Trek 2015-2016 Calendar Poster.

Available for the first time, this 21 x 15" single-sheet poster of the most iconic Federation ships is complemented by a 16-month calendar, and features art by fan-favorite Doug Drexler.

Pre-order: Amazon.com, Amazon.ca, Amazon.de, Amazon.fr, Amazon.co.jp.
All five designs will be available form August. Continue after the jump to check out the rest. But do bare in mind these are early listings and the designs will almost certainly change before publication, which I will of course report on when they updated.

Case in point, Ships of the Line 2016 as pictured here reuses the USS Onimaru from the 2014 calendar as the cover, and sample pictures supplied are from the 2014 and 2013 calendars. Plus of course we're expecting this year's range of images to come from winners of the Ships of the Line competition, which hopefully will have supplied some creative new takes on starship art. 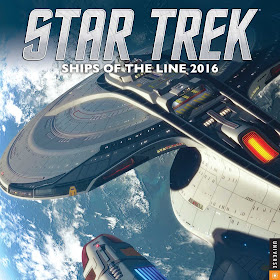 A longtime favorite among hardcore Trekkers and sci-fi fans, Star Trek: Ships of the Line 2016 Wall Calendar is a unique collectors addition celebrating the landmark 50th anniversary and gives aficionados something they cannot get elsewhere - spectacular original illustrations showcasing the franchise's most famous starships and vessels.

The characteristic horizontal format maximizes detail in the up-close views of each ship and puts the viewer right in the center of the iconic moments form Star Trek history, but remains a practical addition to any workspace.

Pre-order: Amazon.com, Amazon.ca, Amazon.de, Amazon.fr, Amazon.co.jp.
Also continuing is the TOS calendar, and of course 2016 will be the 50th anniversary, so one kind of hopes they'd pull out all the stops! The images so far released follow the same styling as the last couple of years; I wouldn't be surprised if the particular image selections changed before publication though. 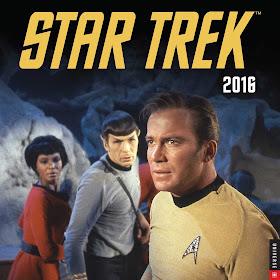 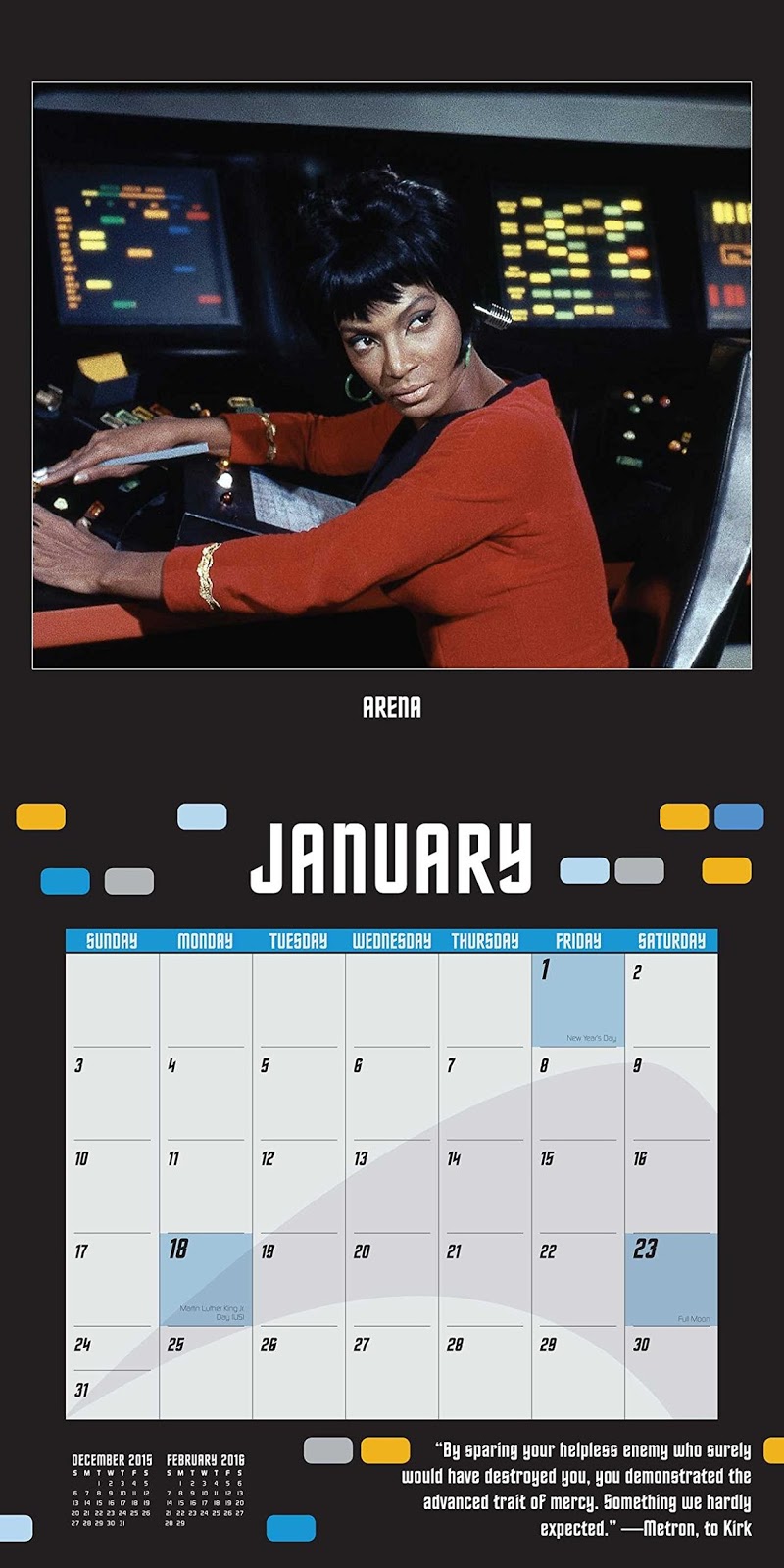 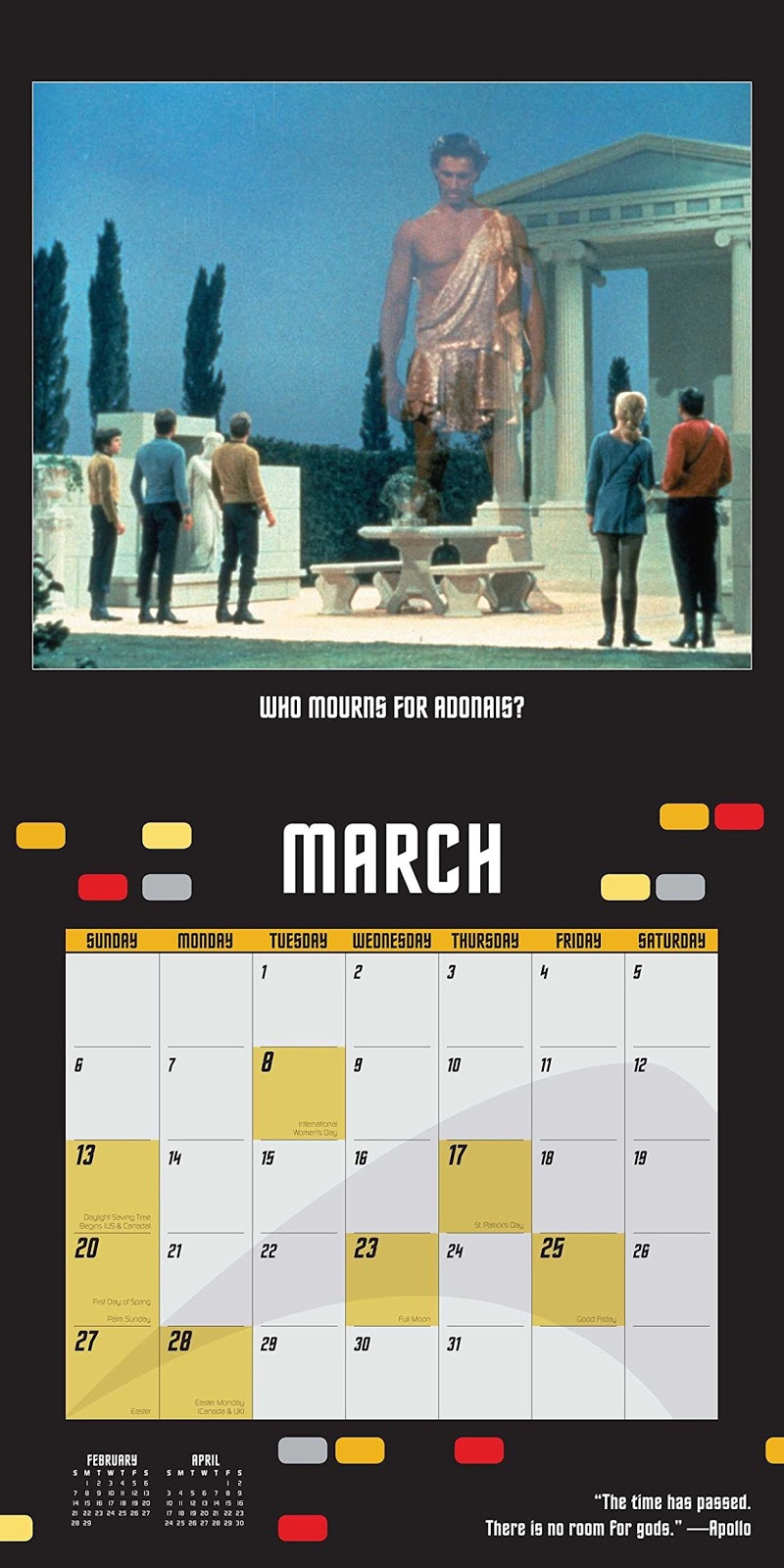 Star Trek, the original series forms the core of an entire philosophy for lifelong fans and the original cast is as familiar to us as members of our own family.

Pre-order: Amazon.com, Amazon.ca, Amazon.de, Amazon.fr, Amazon.co.jp.
The format for the 2016 Daily Calendar is also consistent with the releases of recent years, but this year is comes in a command/anniversary golden cover. 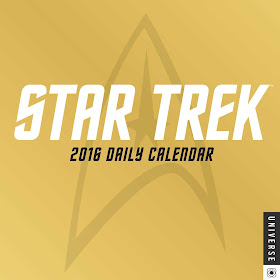 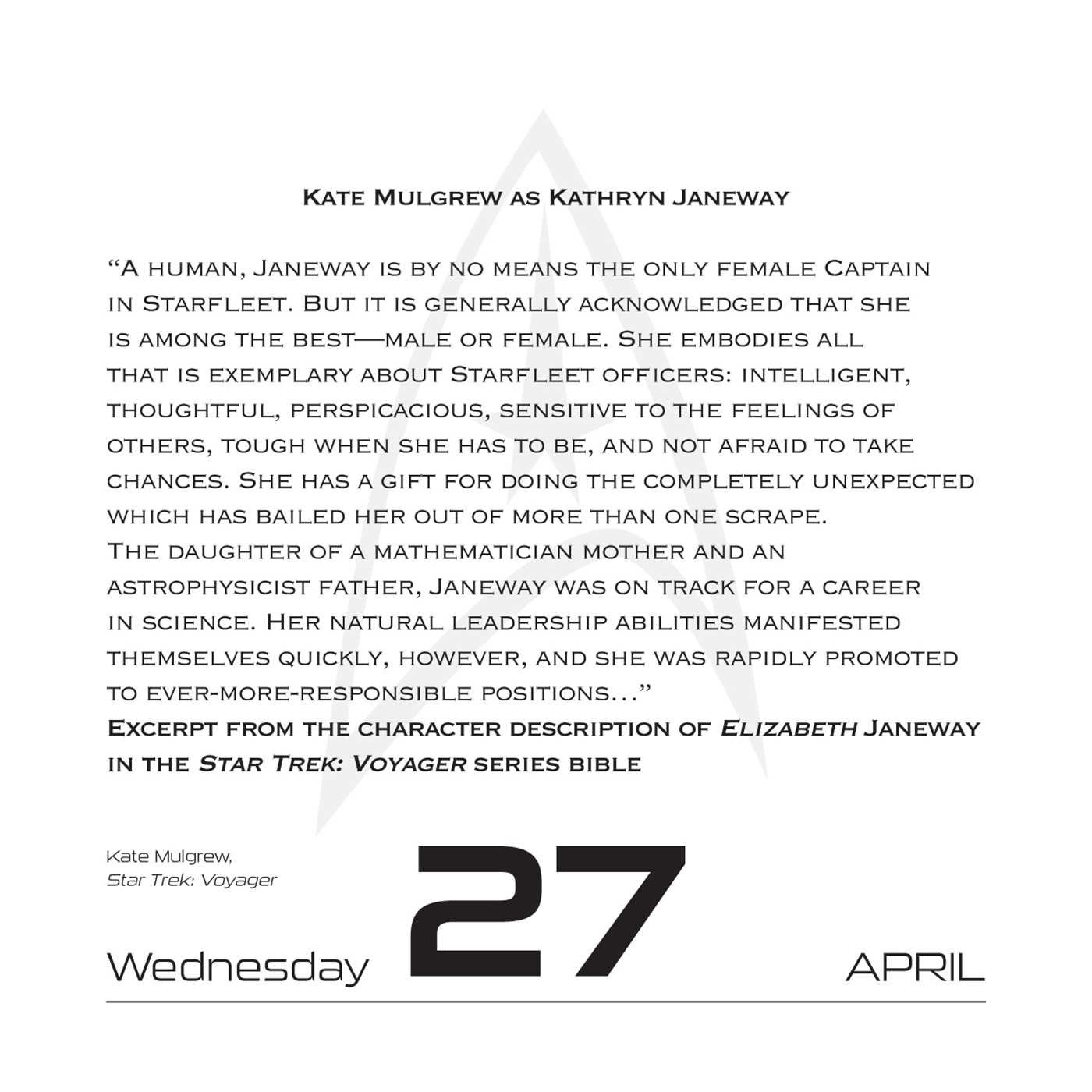 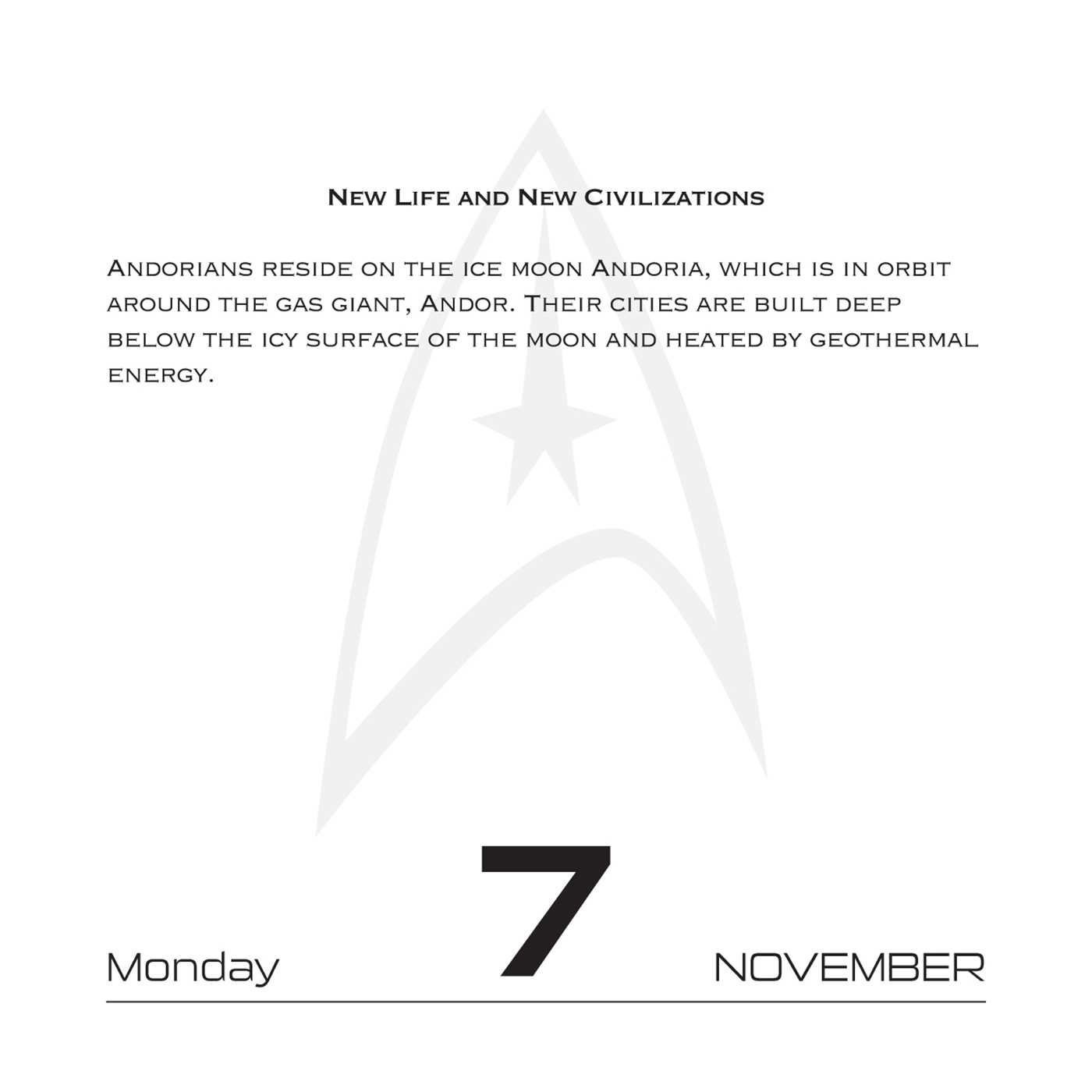 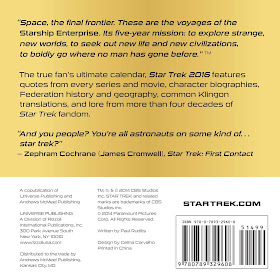 A sly way to add a touch of fandom to any workspace, this daily calendar enables Trekkers to keep track of dates, appointments, messages, and more. 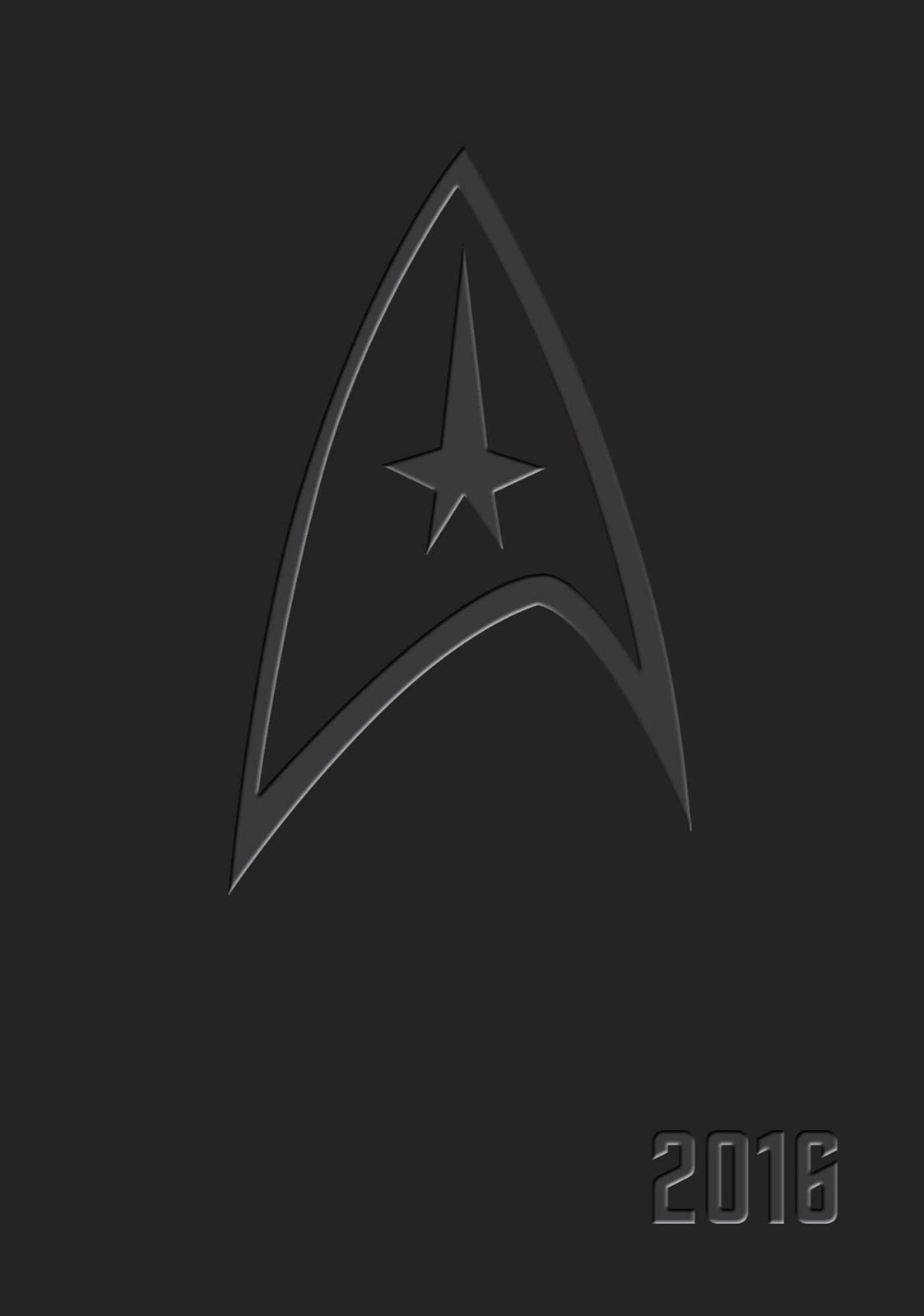 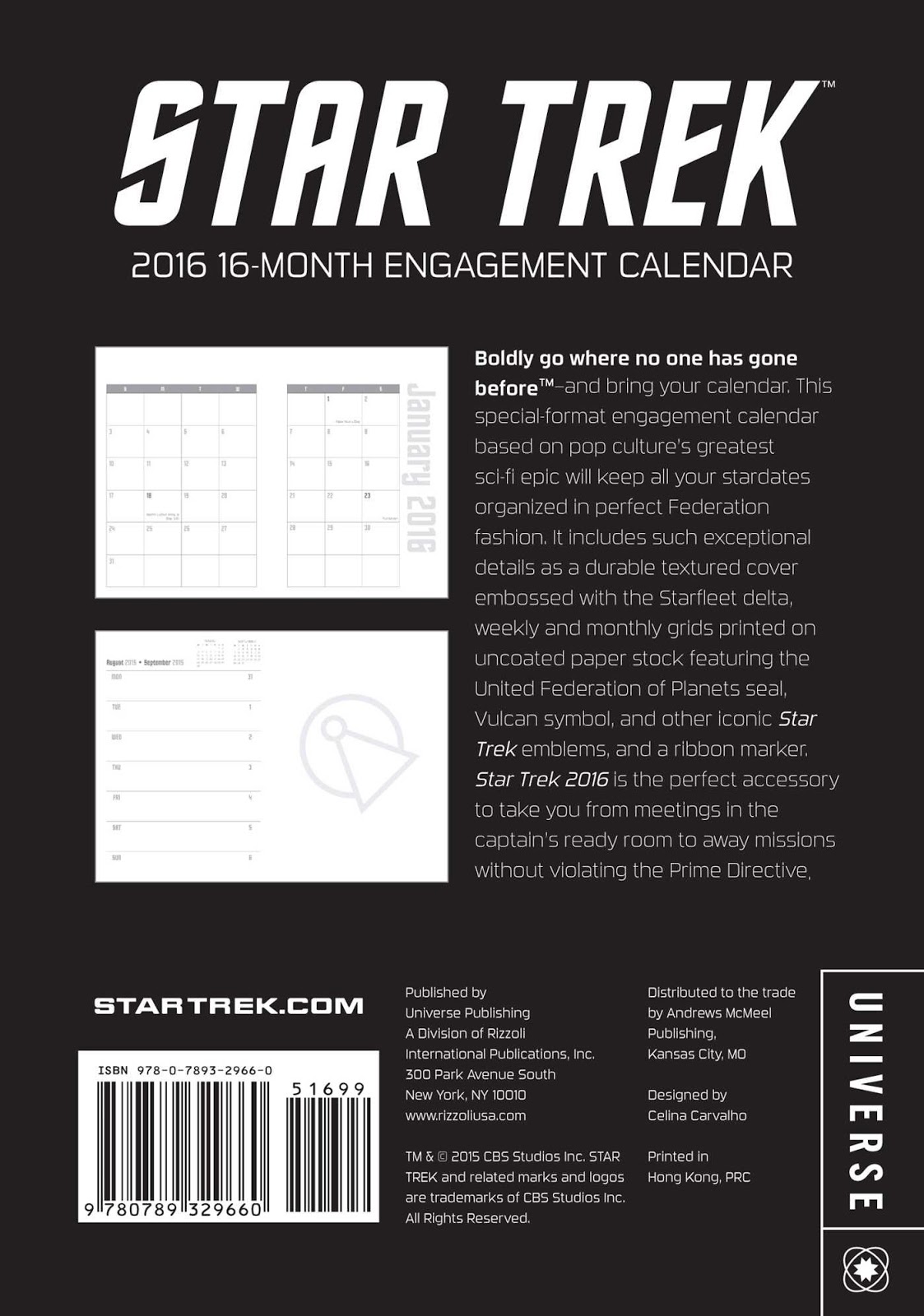 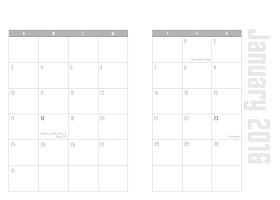 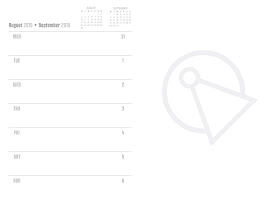 The elegant, stamped cover features the Starfleet delta, giving only the slyest hint to the sci-fi awesomeness inside.

Pre-order: Amazon.com, Amazon.ca, Amazon.de, Amazon.fr, Amazon.co.jp.
Look out for more news later in the year when the final designs are revealed.