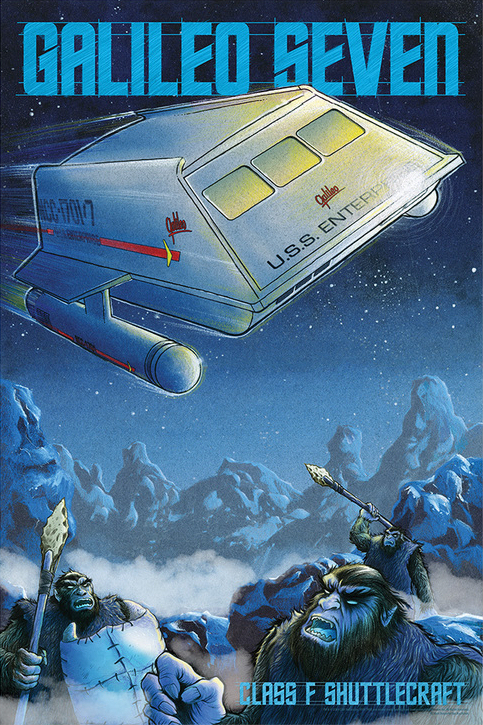 Bye Bye Robot recently released five new Star Trek art prints, and have been kind enough to put me in touch with all the artists to explore their work. This time I'm talking to Bye Bye Robot regular Mark Brayer. Mark's piece in the latest releases is based on The Galileo Seven, and continues his series of TOS posters, which have now featured four different ships from the series. Mark talked me through all his designs, and how he makes them (continues after the jump):


You’ve established a really strong series, that seems to simultaneously echo classic sci-fi book covers, and have some sort of technical drawing feel. Could you tell us about how you decided on the look for the series, and your influences?


I appreciate the compliments on my work, I have always loved the great sci-fi and fantasy art of the 70s and 80s, and the artists who created them. As you mentioned, Lou Feck, but also Bob Peak, Ralph McQuarrie, and others. Their work graced the front of TV guides, posters, books, and other media, and was a big influence for me. Today, there is some masterful work being created with computers, but I love the look and feel of hand drawn/painted work.


For my Star Trek posters, I use many different types of media from traditional to digital. When designing a poster idea, I always start with pencil sketches. For this series, the ships were always the center of attention, so I would always try to create a layout that featured the most dynamic view of that particular ship. When I have established a layout I like, I do a more finished drawing with pencil and ink. When the poster design is approved, I can begin by building a basic 3D model in Sketch-Up. This allows me to get an accurate and proportional angle of the ship and not spend all of my time with technical things while I am illustrating. This gives me a guide to work with and then when I begin creating the art of the ship, I can manipulate and add things, and be creative knowing that the basic structure is sound. After the base drawing is done, I render it with a combination of some flat color via photoshop, and then I print it out onto a color tinted piece of paper, and then do most of the rest of the final rendering with colored pencil, pastel, ink and paint. After the coloring is done, I hi-res scan it into the computer and add the final text and color adjustments. 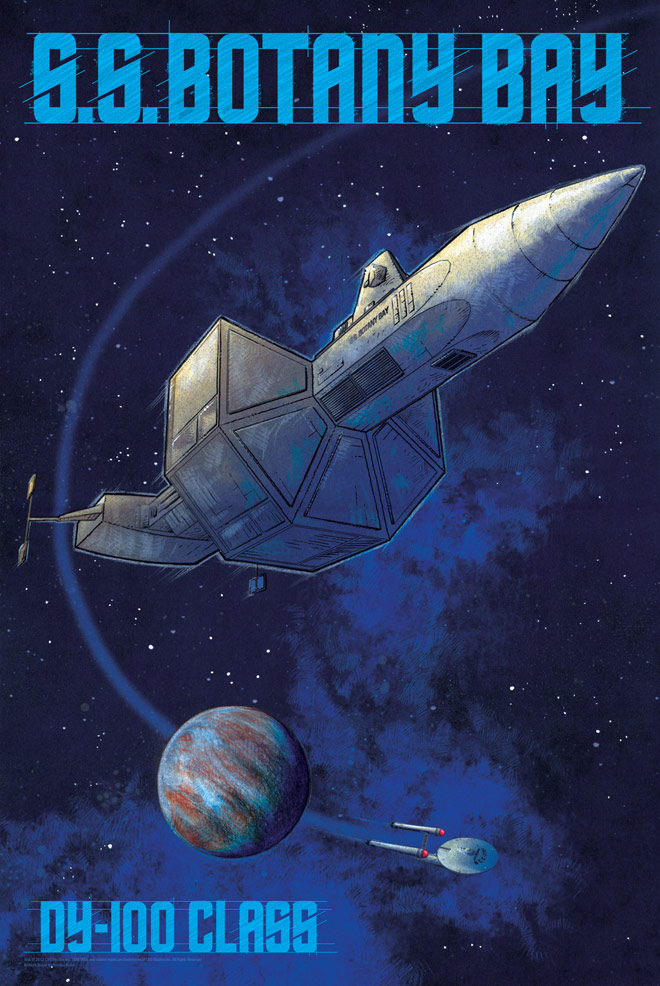 I wondered if you might take us through each of the designs so far? I believe the first piece was the S.S. Botany Bay, which almost feels like a classic travel poster to me, was that the intent?


Yes, the S.S. Botany Bay was the first one, and my original idea was to create the scene from the classic TOS episode "Space Seed" where the Enterprise discovers Khan's ship. In fact, I wanted to title each poster I did with an episode name, but in discussions along the way we discovered that wasn't the best way to go. However, each poster does include a "scene", instead of just the ship floating in empty space.

Mark also sent me some behind the scenes images to show his process. You see here some test art from the Botany Bay poster: 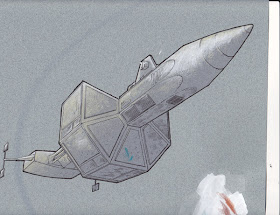 And then there’s the USS Enterprise, you seem to be channeling the classic Star Trek book covers by Lou Feck here!


The U.S.S. Enterprise poster does have the feel of one of those classic sci-if book covers I mentioned earlier. I always loved how every time they showed a spaceship, it was always flying very close to the ground, and there were always craggy looking rocks or mountains jutting up into the frame making it look like they were doing a close flyover. So, with my poster, I knew I wanted to capture that look, so I picked an angle for the Enterprise, and to give it more depth, I slightly adjusted the perspective, so the engines swept back a little more, and the saucer section seemed like it was coming out at you. For the mountains, I researched photo reference of mountain ranges for some ideas, and created the landscape. After adding in the greenish color, it was a perfect alien planet.

You can see here Mark's concept for the poster (left), and its final form (right): 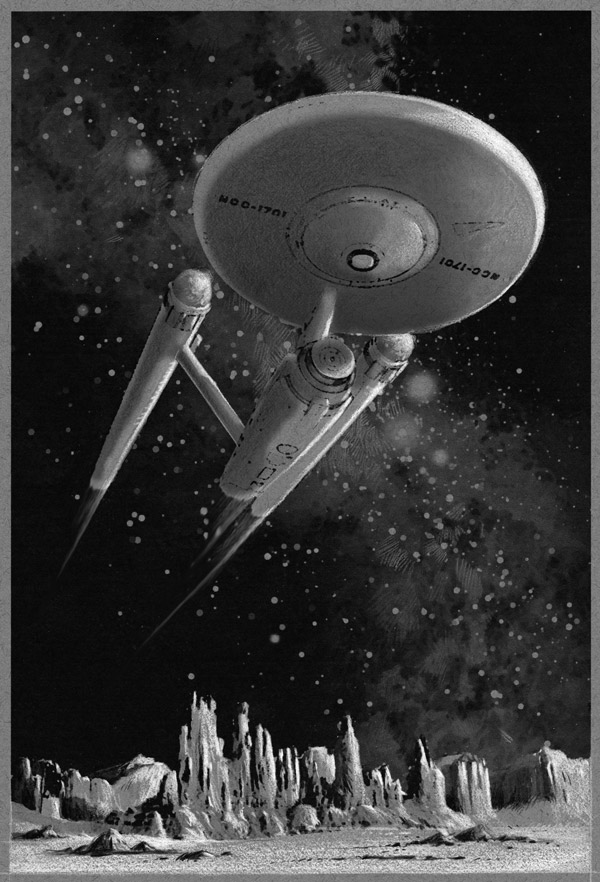 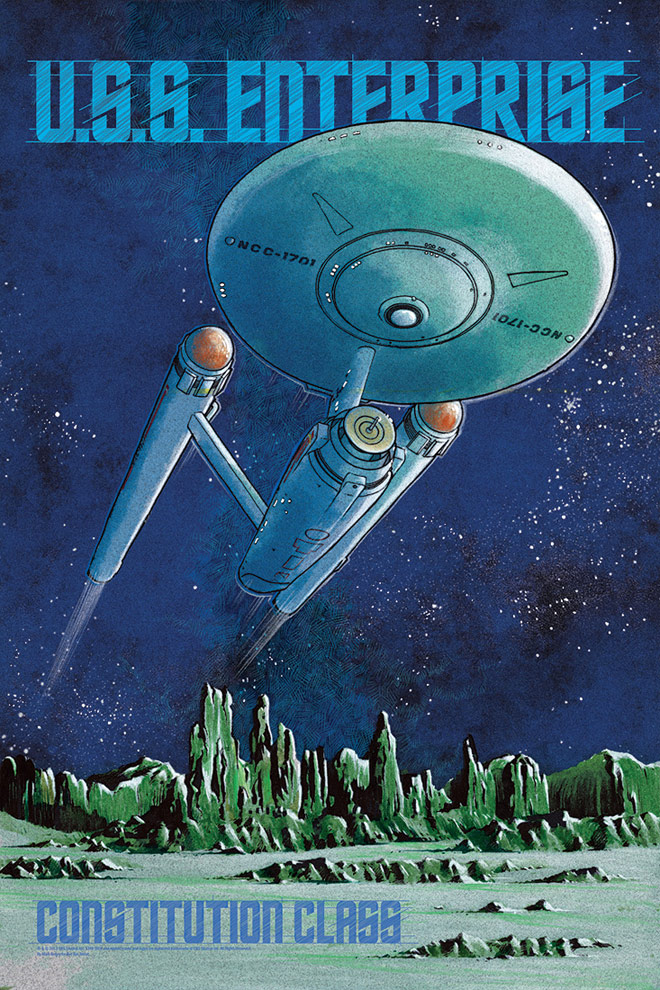 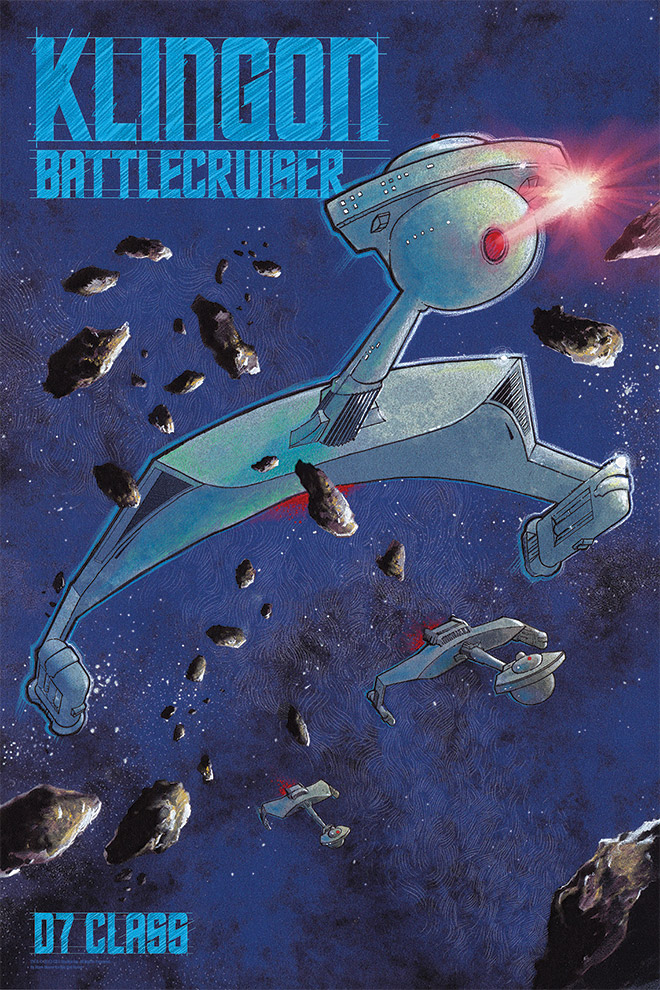 The Klingon Battlecruiser, or rather a fleet of them, is there is a story in mind for the scene you portray here?


Well, within the Star Trek universe, you have to assume the Klingons are on patrol somewhere. I originally planned to only show one ship, to keep in style with the other posters. But as the layout was coming together, I thought, it might be more fun to show a group of Battlecruisers. By adding the asteroid field around them, it kind of gives it a more dangerous feel, and I like the fact that you don't know why the ship is firing-- is it to clear an asteroid in it's path, or is there another ship they've encountered. It's up to your imagination.

The final version of the Klingon poster is pictured to the right, while below there's a sketch, and colour test: 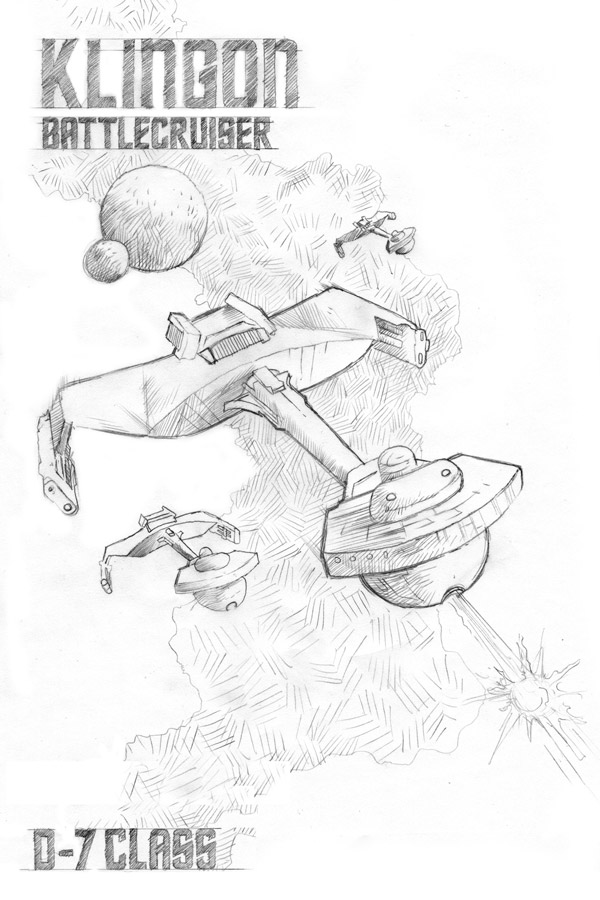 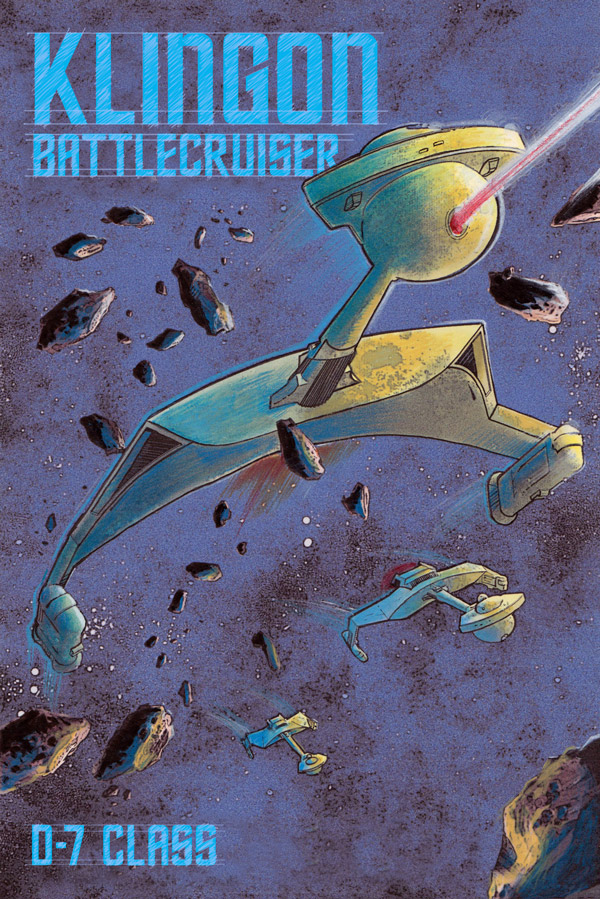 And your most recent piece, Galileo Seven, the first in the series to feature characters; I was wondering in particular how you settled on the design for the species that wasn’t seen all that clearly on screen?


The episode "The Galileo Seven" was one of my favorite episodes of the original series. The story was great, and how Spock handles his first command was excellent. Although, we all wanted to see more with this episode, the crash of the shuttlecraft, the aliens who were attacking them, but due to such small budgets, they just couldn't do it. So I always wanted to draw what I never got to see-- the Galileo in trouble flying over Taurus II, and the faces of the creatures. I researched the creatures pretty extensively, on the web and in books, and Charity over at Bye Bye Robot even called on some of her experts to help. The most important reference was a rare image of the makeup design of one of the actors who played one of the creatures, and unfortunately it didn't look very good, thus the reason the producers probably chose to cut it from the episode. However, the makeup test did provide a good basis to go from, and when I was designing the creatures for my poster, I tried to start with the basic design of the makeup and give it a little more life to try to depict what they were trying to show in the episode if they had the resources at the time. I liked how it turned out so I hope the fans do too.

And here, via the excellent birdofthegalaxy Flickr gallery, is a behind the scenes photo of one of those original Taurus II natives, and an early sketch of Mark's take on them for the poster: 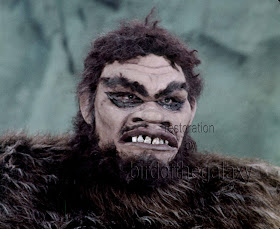 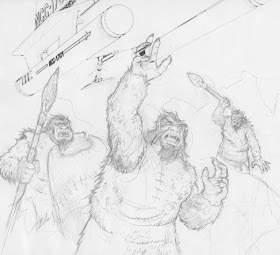 Are there plans to continue the series? Are there any ships you’re keen to include?


I would love to continue to add to the four great TOS ship posters we have produced, and I have talked with Bye Bye Robot about a few future ideas. There are a few more ship/vehicles that we could explore, such as the Romulan Bird of Prey and the Space Station K-7. I do have an idea for something from the episode "The Doomsday Machine" which would be fun.

And what else can we look out for from you, Star Trek or otherwise?


Regarding future Star Trek projects, I have done developed a concept for a Star Trek kids picture book that would bring the excitement of the Star Trek universe to a younger audience. I have begun the early stages of contacting CBS about their interest in something like that.

I also illustrate quite a few other children's books, and recently one of those was awarded the Mom's Choice Award for excellence. Folks can see that and much more by visiting my website at www.markbrayer.com

Many thanks for Mark for telling me all about his work, and gives us such an insight into his process. I certainly look forward to seeing the series continue, and hopefully that book arriving soon too! All four of Mark's posters are available now from Bye Bye Robot. And as Mark mentioned, you can find more of his work on his own website, and follow him on Twitter.

I will be posting more interviews with other Bye Bye Robot artists soon, and you can already check out my previous interview with Kevin Hopkins, who contributed the Voyager image in the latest round of releases, and Charity Wood, the founder of Bye Bye Robot.