Loads of books news today, the bulk of it coming via Visionary Trek's The Captain Table podcast, which recently had Star Trek books editor Margaret Clark on, and many a bean was spilt as they talked about the novels and novellas coming over the next year. 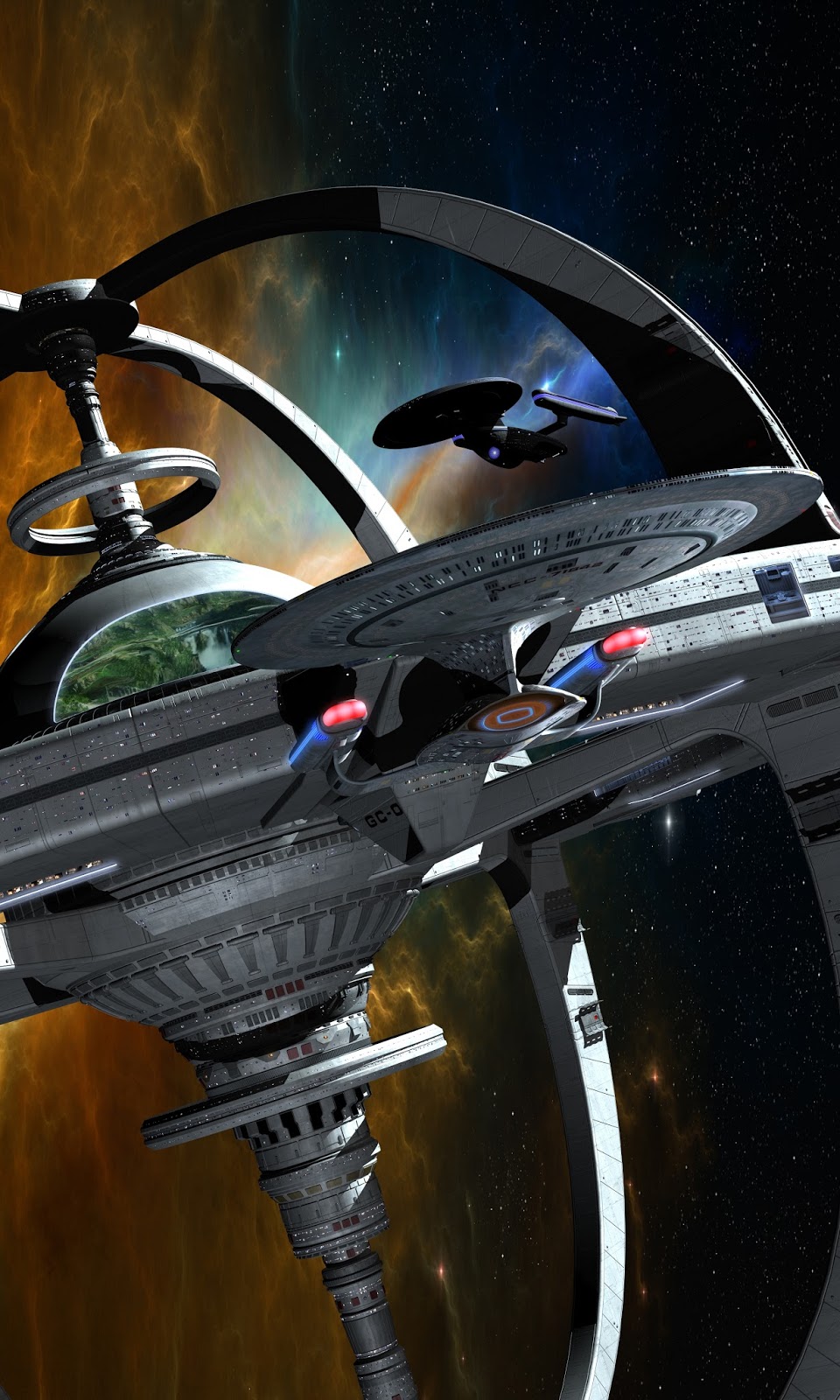 Margaret spoke most extensively about where things are going in DS9 books, particularly in regard to David R. George III's next two books, July's Sacraments of Fire, and the follow-up, which Margaret revealed will be titled Ascendance, and is due out in January 2016 (officially the last book of the 2015 schedule). Margaret revealed the books will be set quite shortly after The Fall and will pick up on many of the threads from that crossover event, and how the crew of the new DS9 react to the historic events.


It's mere days after Bacco's assassination. ...What happens to all of these people realising, the first thing that's going to be written about the new station's history, is that Nanietta Bacco was assassinated here.

She also noted Ben Sisko will be staying closer to home than we might have anticipated:


Because of what happened in The Fall, Starfleet told [Sisko] you can't go out and explore the Gamma Quadrant, we need you here.

Margaret discussed the books at some length, noting some of the other plots that will be picked up from both The Fall, and earlier DS9 relaunch books. 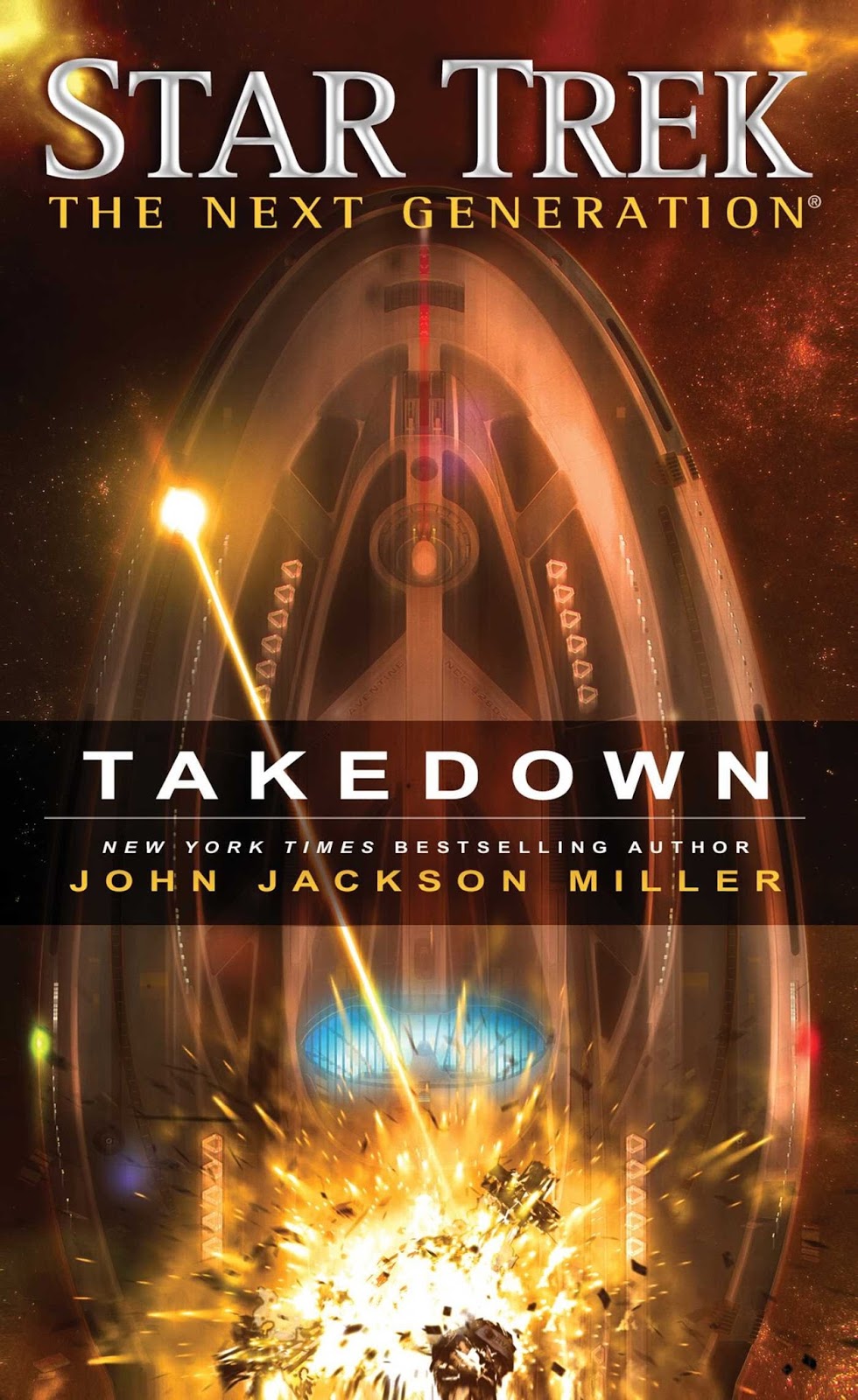 Continuing the post-The Fall era, Margaret also discussed Titan, and the how the books will continue with Riker now an admiral, in John Jackson Miller's Takedown, and James Swallow's Sight Unseen, both out this year:


John Jackson Miller's is mere days after The Fall, so things aren't that firm, Starfleet Command are trying to figure out what to do with Will. Where James Swallow is actually the first mission of the Titan, and is the first thing that Will Riker is given to do as an admiral in that book. So John Jackson Miller's is sort of the bridge book between The Fall, but the first real Titan book, with the ship dealing with the fact that "it's not Will, aww", that's October, and it's Star Trek: Titan - Sight Unseen.

Margaret also told The Captain's Table all about lots of the other forthcoming books. Continue below for further highlights, and more Star Trek books news!

She made briefer remarks about some of the other post-The Fall stories. Dayton Ward has already noted that his TNG book, Armageddon's Arrow, will have something of a TOS flavour, and Margaret noted that will be something directly from the previous century, noting: "we'll see the return of some technology from the 23rd century".

Discussing Data, there is nothing on the cards yet continuing his post-resurrection story, as Margaret is insistent Data will only be used now for something really special. Several authors have apparently pitched to use him, but so far she's not oked anything. One of those is Jeffrey Lang, author of last year's Data adventure, The Light Fantastic. While Margaret hasn't granted him another Data story yet, she has bought a DS9 novel from him, which is set for release in 2016. No further details were given, but Lang has previously talked about such a book, which he described as "a 1980s buddy adventure book, featuring Miles O'Brien and Nog".

Regarding Voyager, Margaret talked about how Kirsten Beyer will be assembling some notable guest stars in her next book, Atonement, using an event to pull some prominent political characters into the story. She also noted that the next Voyager book, A Pocket Full of Lies, is set for release six months after the September release of Atonement, so we should be able to pick that up from March, or there about, next year. 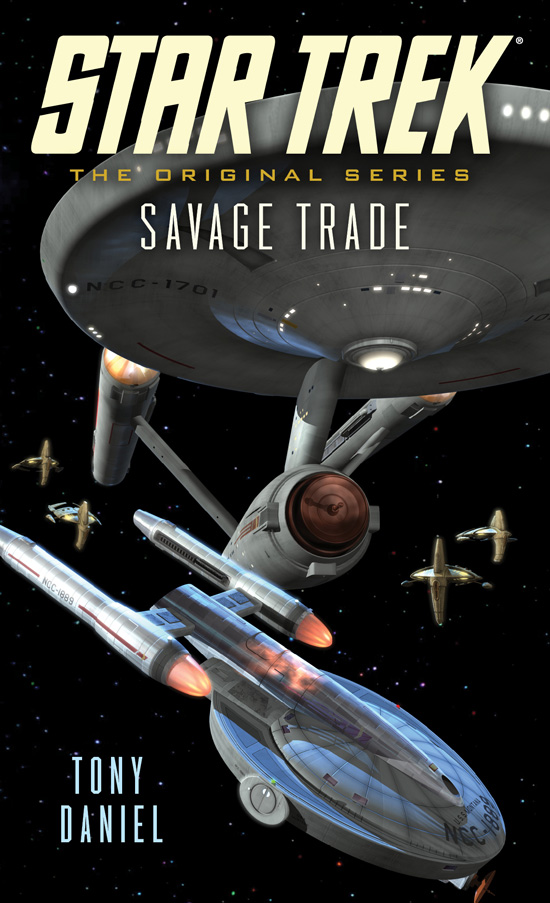 Margaret also confirmed Christopher L. Bennett's fourth Rise of the Federation book will be a 2016 release, and discussed this year's new TOS novels. She described Tony Daniel's March book, Savage Trade, as a "sort of sequel to The Savage Curtain". She gave a more lenghty, is still quite vague, description of David Galanter's Crisis of Consciousness, due out in May:


It's a dilemma for the Captain. We have a new treaty and suddenly something changes; who do you decide to sit with, defend, how do you decide to parcel things out. And it has a guest star, a women we see later on, this is a second season book.

She also revealed Greg Cox's December book, Child of Two Worlds, will be a Pike-era story. And that's not all we'll get from Greg Cox this year, as Margaret also announced he will be writing an enovella as well, a TOS movie era story.

Talking about other ebooks she gave some new details about Paula M. Block and Terry J. Erdmann's next Quark novella, The Empty Sack, also due out this year, which will feature Grand Nagus Nog visiting his brother on the station.

Speaking about the New Frontier ebook trilogy she confirmed some of the speculation about the form setting of the novellas, in particular that the story will pick up where the novels left off.

She also mentioned she's talking to two other authors about more ebooks, so the schedule might still have more to come!

That's the news in summary, but Margaret discussed all those titles and more at some length with the guys on The Captains' Table, giving a great insight in her plans and approach. So you should listen to the full interview!

And Margaret isn't the only one revealing details of new books, newly listed in online catalogues is a The Wit and Wisdom of Star Trek. A hardcover release, the book will be published by Cider Mill Press, and written by Robb Pearlman, who brought us Fun with Kirk and Spock last year. Here's the blurb:


The ultimate gift book for Trekkies, featuring classic quotes and photos from fan-loved moments, tidbits of behind-the-scenes trivia, and personal recollections from the cast and crew of Star Trek The Original Series. 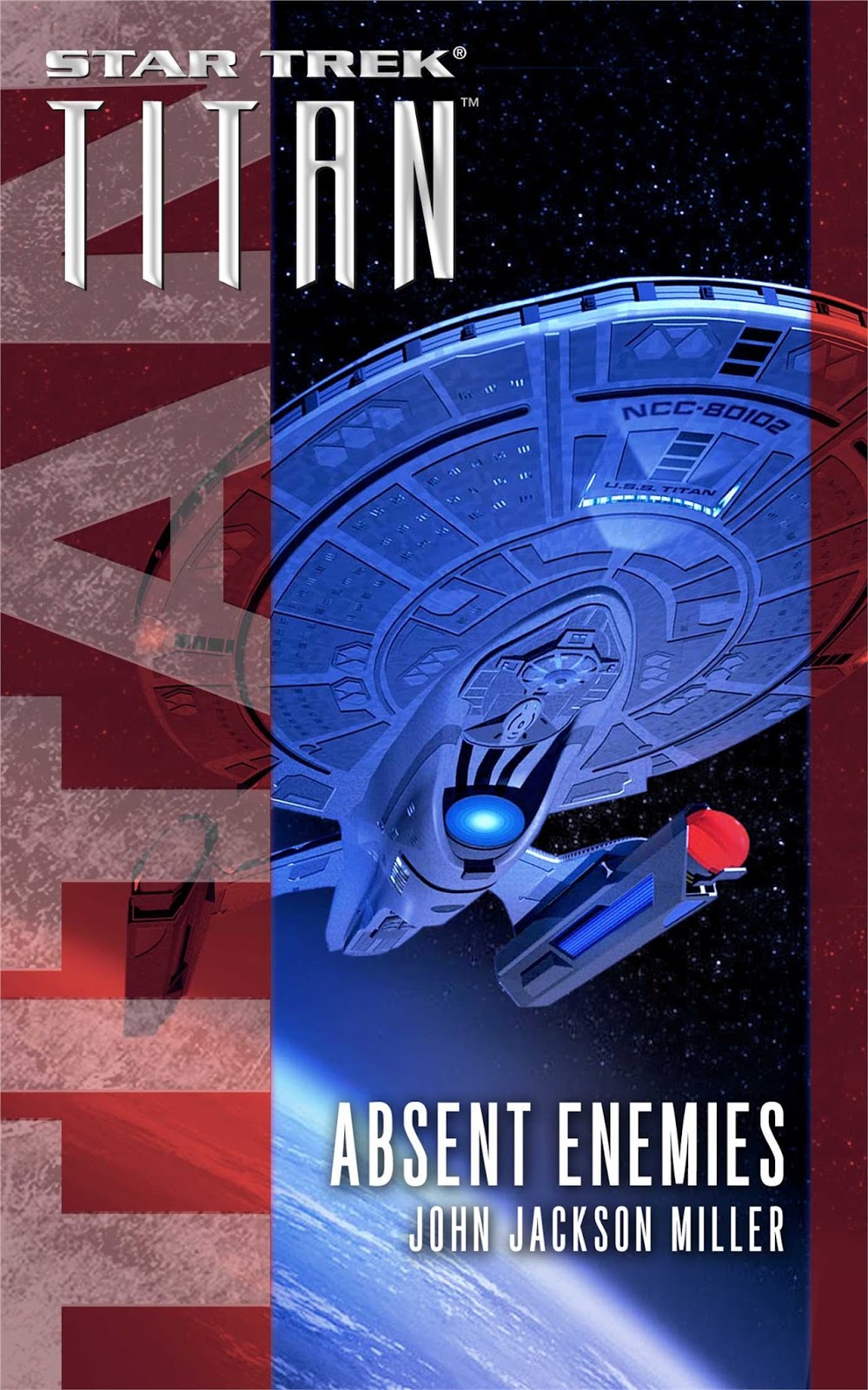 And finally, new annotations! John Jackson Miller has now updated his website with a new page of notes exploring his Titan enovella, Absent Enemies. He also notes his history with Star Trek revealing some details about the Corps of Engineers enovella that he almost wrote:


I sent a pitch for the S.C.E. (Starfleet Corps of Engineers) series of e-books; in it, the Bynar named Soloman, stranded on a planet with medieval-level technology, sets up an analog internet using the world's network of semaphore stations. That was accepted, and would have been my first licensed prose. But the series was cancelled before we could get to a contract, and I got busy on other projects.

And that's all the news! For full listings of the the latest and forthcoming Star Trek books, and links to all my previous coverage, hit the books or prose buttons on my 2015, and 2016 schedule pages.