Coming in December is the final set of releases in the TNG bluray project, the Season Seven box set, and stand-alone release of All Good Things... StarTrek.com have revealed the cover art, and released trailers of both. 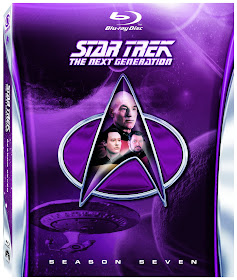 StarTrek.com gave this description of the Season Seven set:


The Seventh Season Blu-ray will boast all 26 final-season episodes and a treasure chest of previously unseen interviews with cast and crew, including the three-part documentary “The Sky’s The Limit: The Eclipse Of Star Trek: The Next Generation” and the featurette “In Conversation: Lensing Star Trek: The Next Generation,” as well as deleted scenes and an unreleased gag reel.

Continue after the jump for a look at the All Good Things stand-alone release: 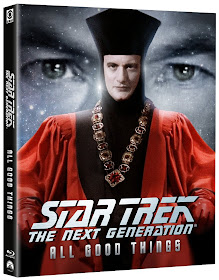 StarTrek.com also posted a blurb of the All Good Things release: