Fun with Kirk and Spock preview

Due out next month from Cider Mill Press is the new Star Trek parody book, Fun with Kirk and Spock, written (by Robb Pearlman) and illustrated (by Gary Shipman) in the style of the childrens reading book, Fun with Dick and Jane. Ahead of the release StarTrek.com have posted some preview pages: 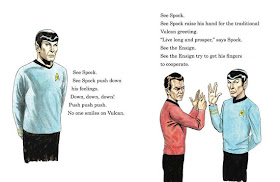 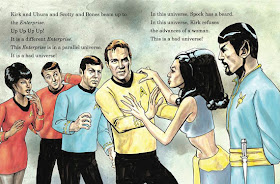 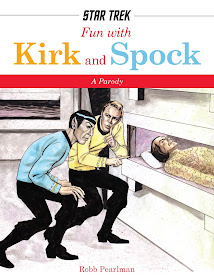 StarTrek.com also interview the author, Robb Pearlman, who's previous credits include Stuck on Star Trek, and editing the Star Trek calendar line. Pearlmann explained how he came up with the idea for the book:


I came up with the idea. I was meeting all these people at ComicCons and book and comic book stores and just in every day life who had these deep personal connections with Star Trek. How the show had gotten them through a tough time, or how they related to one character or another or even just loving a certain episode or movie. So many of these stories started in childhood, and I was really struck by the idea that Star Trek, like a beloved children's book, could be a formative force in children's lives. I thought that in their own way, Kirk and Spock were like Dick and Jane- each showed kids how to live and explore. Well, those were two great tastes that tasted great together, and I started writing little stories for my own enjoyment, just to see what I could do with the concept. A year or so later we have a book.

And also outlined what you'll find in the book:


It's a Star Trek-set parody of the classic Dick and Jane stories. So instead of seeing Spot go, we see the Enterprise going boldly, and instead of seeing Sally look at a something, a well or a turnip or whatever Sally looked at, we see Scotty look at a Jefferies tube. It’s a new, simplified, and fun look at some iconic moments and characters from The Original Series. I don’t mean to sound like marketing copy, but it’s great for fans of any age, and a totally accessible introduction for kids new to Star Trek.

And noted some of his highlights:


The show wouldn't have been the same without Bones, Uhura, Scotty, Chekov, Sulu, and Chapel. Even Pike, Rand, and M’Benga are important to me, and I couldn’t leave any them out. There was too much potential in talking about Rand’s hair or Sulu’s swordsmanship. And though it took a lot of rewriting, I was really happy finding my own take on Bones’s grumpiness and classic “I’m not a blank...” line. But I have to admit that one of my favorite stories is about the Gorn. Love him or hate him, he made quite an impression in his one episode and it was a lot of fun taking my own swipe at him.

Continue after the jump for more previews of the book's art:

The book's illustrator, Gary Shipman, has posted several samples of the art on his Facebook page. He also noted quick turnaround in making the book:


It was one of the most intense jobs I've ever done. I did about 50 paintings in 4 weeks. 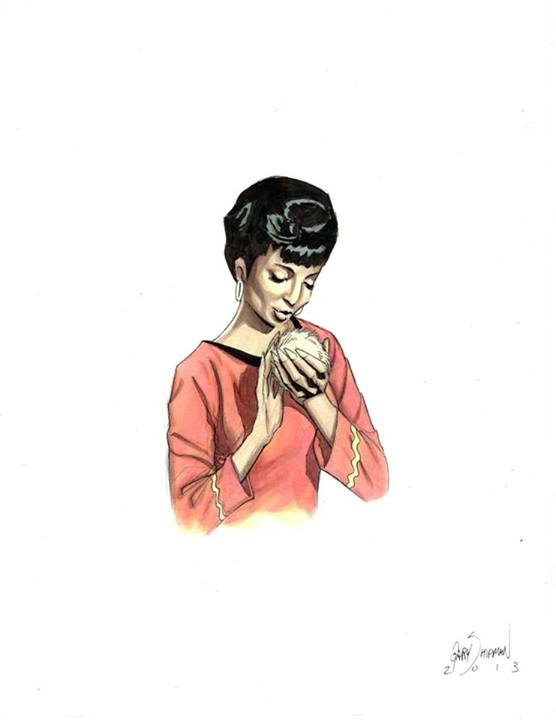 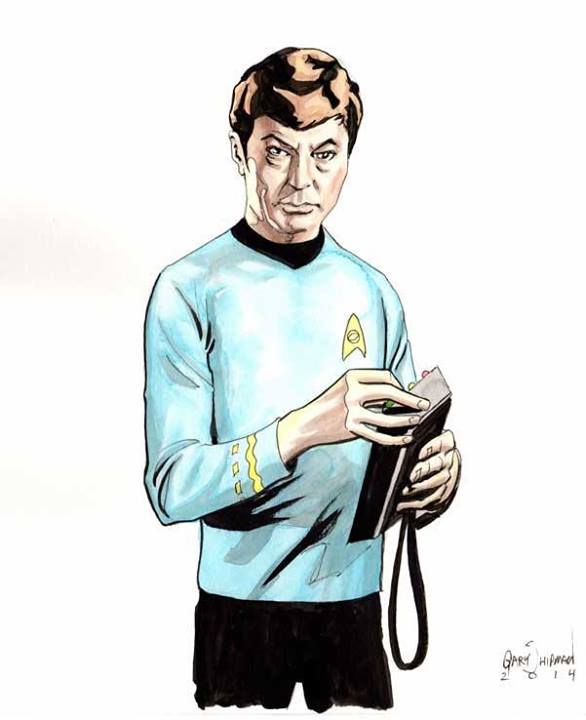 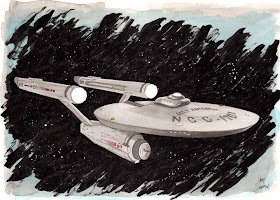 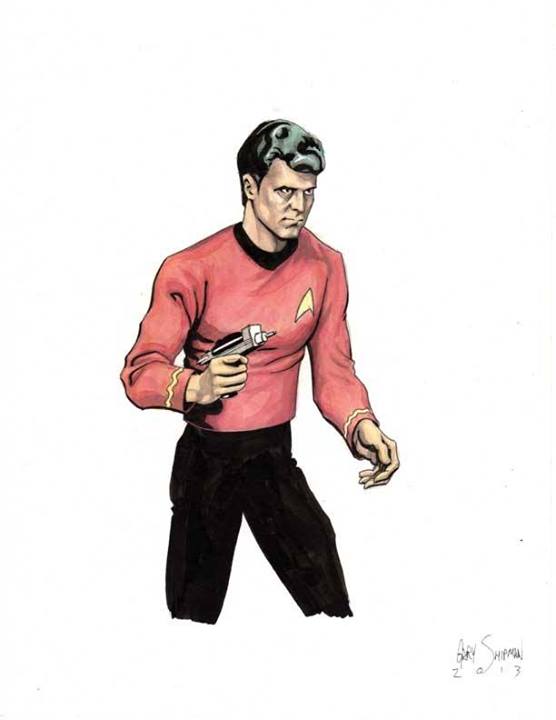 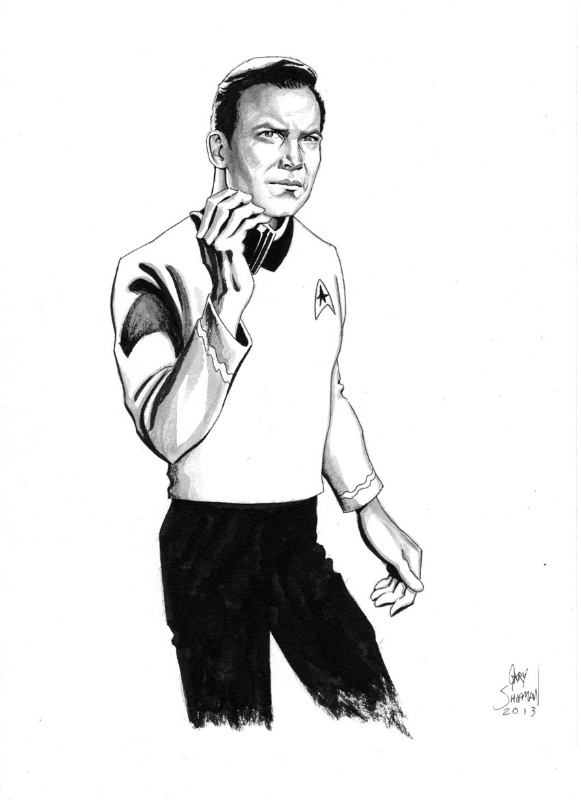 The Kirk piece above was actually unused in the end, and is one of the pieces of original art made for the book that Shipman has available to buy in his Comic Art Fans gallery.