Need some Trek for your wardrobe? Well several new Star Trek licensees should be able to help you out, as Licensing.biz reported, CBS have signed up several new companies to make Star Trek apparel and more:
There's nothing to show from any of these companies yet. There is from another new licensee though: Canadian company, Lady Sandra, have launched a new range of blankets and other comfort makers. That includes the "cuddle wrap", a blanket with sleeves, which Lady Sandra have produced in the style of Commander Spock's uniform: 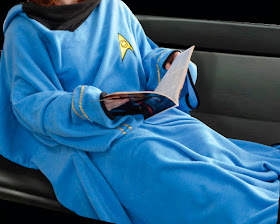 They also have a USS Enterprise cushion, using the Haynes Manual cutaway diagram, and two blankets with snaps. As best I can tell none of these are actually on sale yet. 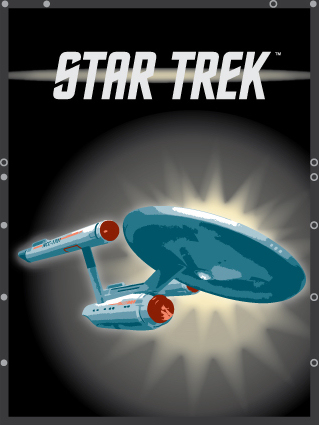 For a much more formal look, Anovos' new TNG era Admiral uniform might be more your thing. Made to their usual high standards and fidelity to the uniforms seen onscreen, the Admiral uniform will be available in either command red, or operations yellow. To complete the look Anovos are also making new Admiral's rank pips. The uniform is currently up for pre-order, following Anovos' usual structure of offering a discount to the first to sign up. They expect to ship in December. 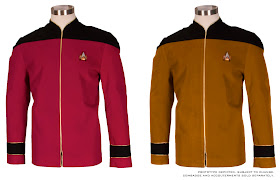 Continue after the jump for more views of the Admiral uniform, and the latest apparel from ThinkGeek. 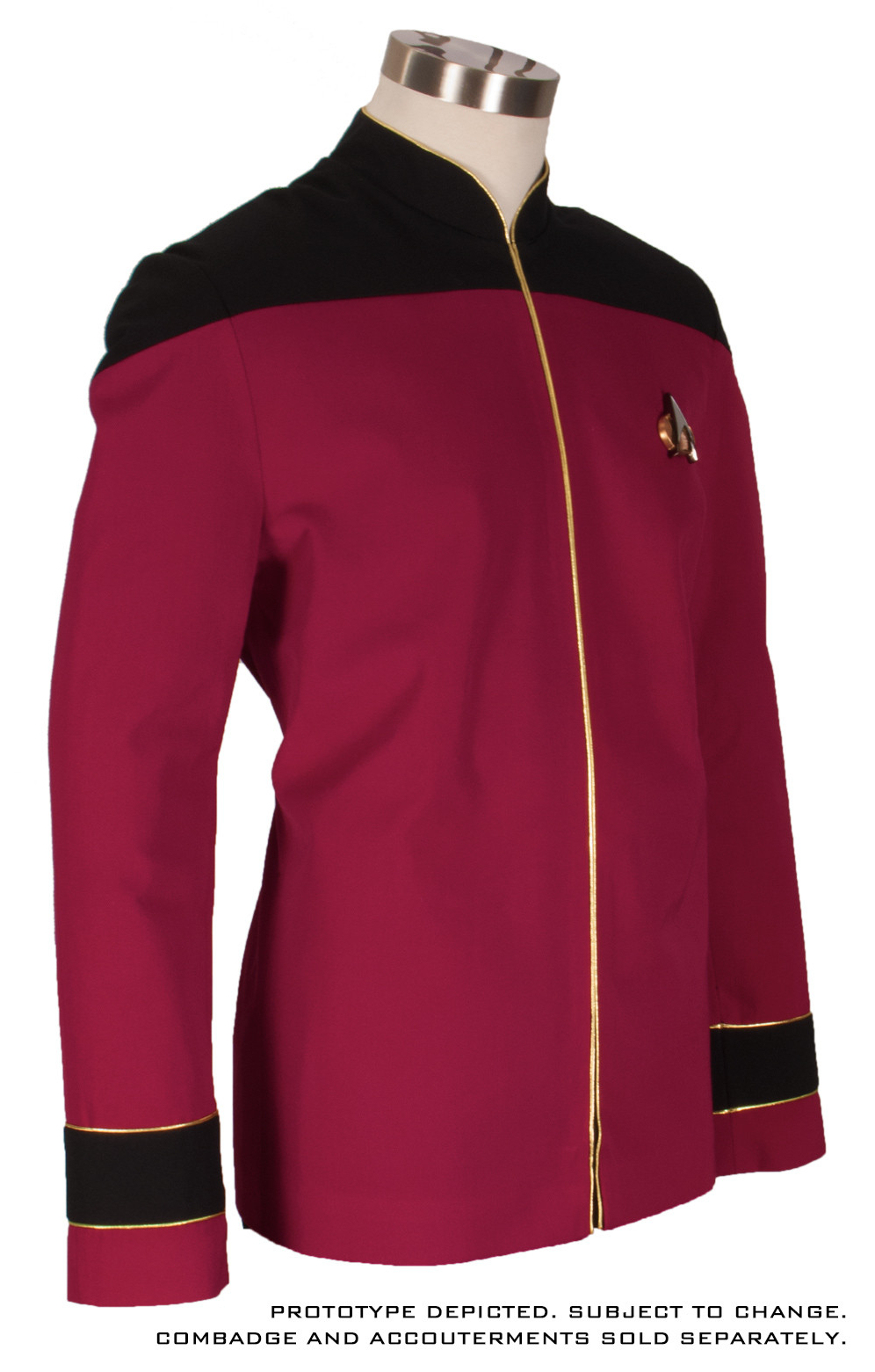 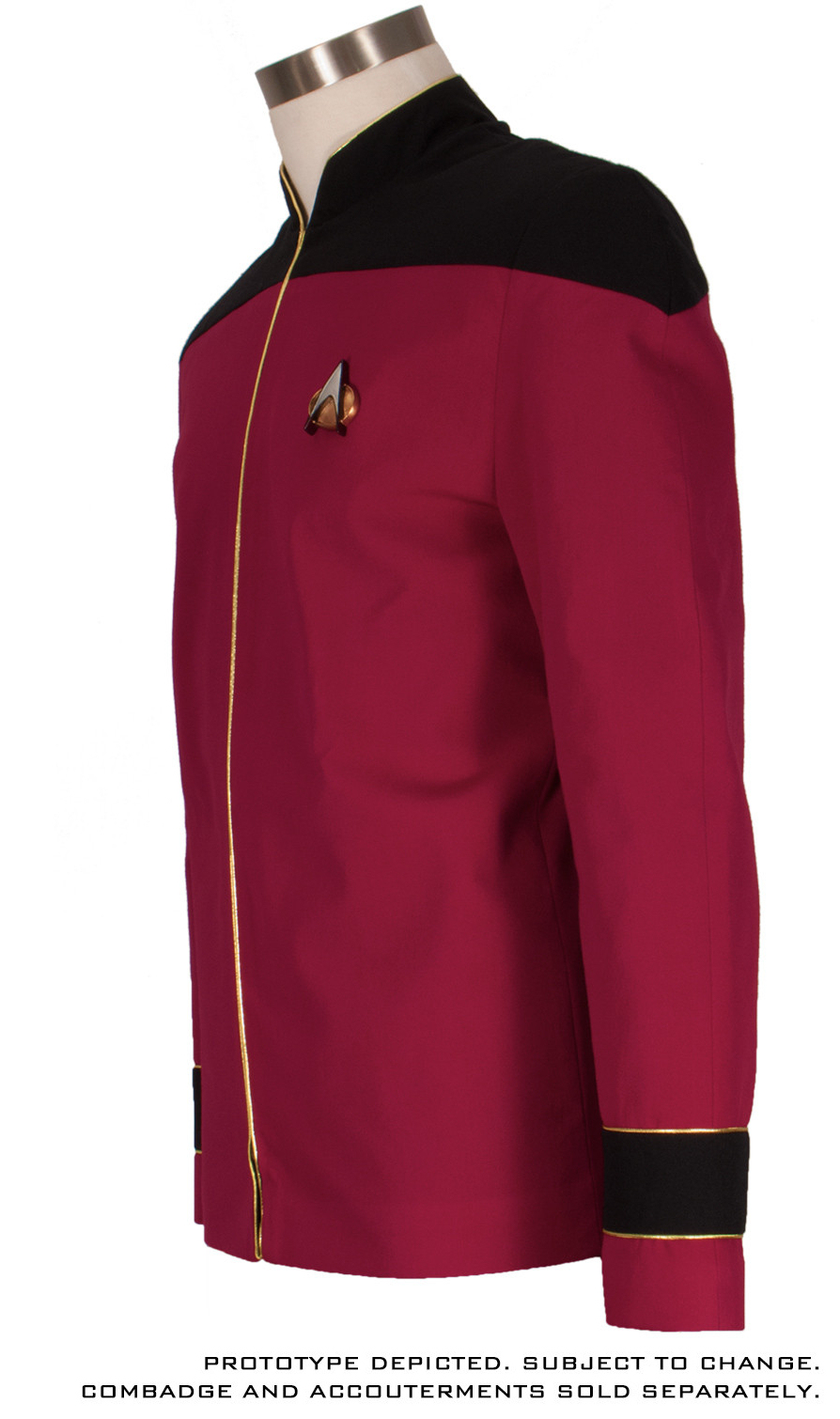 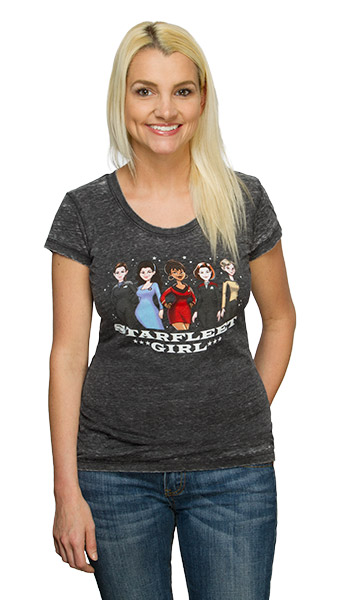 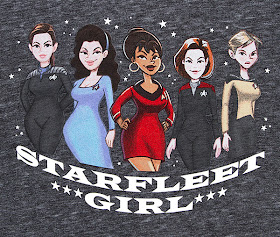 A Federation issue polo shirt, for all those casual lunches at the Palais de la Concorde: 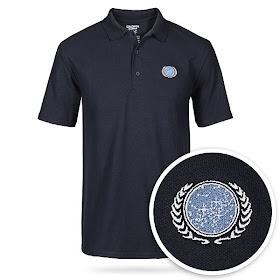 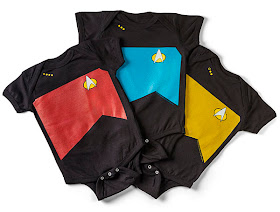