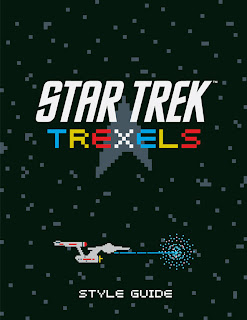 CBS have been building up a nice little collection of Star Trek stylised sub-brands in recent years. I've looked QUOGs several times before, and recently collected up the uses of their new crew renderings. I've yet to examine perhaps their most stylised take on Trek though, Trexels.

Trexels are Star Trek characters, ships, and settings, presented in pixelated form; the Trek of vintage video games. Michael DeFelice, who worked for CBS on several Star Trek design projects, describes them as follows in his portfolio:


The array that Trexels has to offer will identify to the Star Trek fan while feeling fresh at retail. This bold style gives off a look of a retro video game with the bright and quirky pop of comic book art.

Trexels appear to have arrisen as an art project by John Martz, who, with Koyama Press, offered a fine art print featuring 235 characters, which was released in 2010: 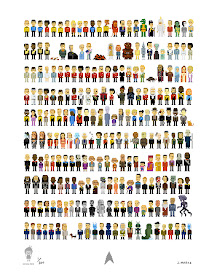 A little while later CBS seems to have picked up the idea and have released at least two further posters, now with the Star Trek font (and CBS copyright notes) added on. There's a collection of TOS characters: 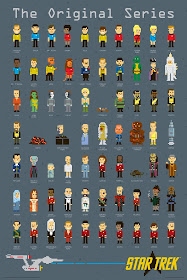 And a condensed history of Star Trek. The labels on this one should please Trek-lit fans, as they used the names of the Federation Presidents and foreign ambassadors established in the novels: 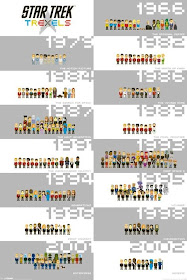 As with all CBS's image collections these are also starting to crop up in other forms. So far there are at least three T-shirt designs from Trevco. The TNG crew on the bridge: 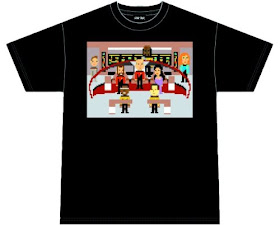 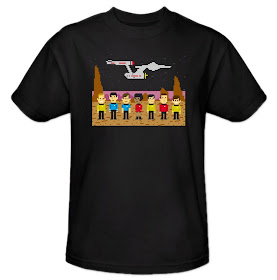 And fully embracing the computer game style, press A to transport: 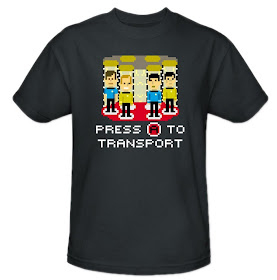 This could be just the start though, the portfolio of Michael DeFelice that I mentioned earlier also features concepts for applications of Trexels to all sorts of things. My favourite is the big phaser shirt, very cool: 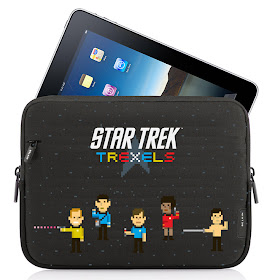 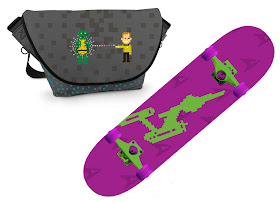 DeFelice's portfolio also features designs for interiors and ships that have yet to appear anywhere. Have a look at those after the jump: 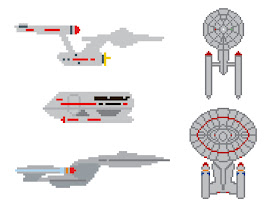 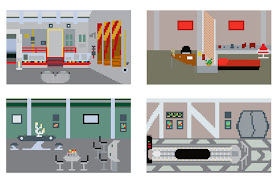