New covers have appeared for some of the forthcoming omnibus books from IDW: 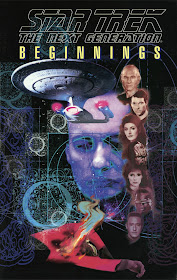 Pre-order: Amazon.com, Amazon.co.uk, Amazon.ca, Amazon.de, Amazon.fr, Amazon.co.jp.
The paperback version of the Star Trek/Legion of Super-Heroes is identical to the previous hardcover edition, which itself was a reuse of the issue 1/promo art for the series: 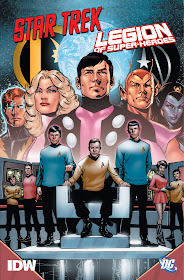 Pre-order: Amazon.com, Amazon.co.uk, Amazon.ca, Amazon.de, Amazon.fr, Amazon.co.jp.
And the John Byrne Collection cover has appeared with the titles arranged a bit differently from the recent solicitation version. Commenting on his forum Byrne noted this might not be the final placement of the titles, and also noted there may be some embossed and glazed parts to the cover. I hope this layout is more indicative of the final form than the solicitation version, it looks neater: 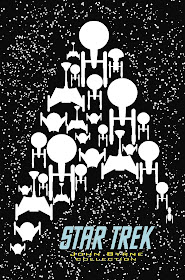