Massive Update Part 3: Toys, Games, Collectables and all that jazz

Still a wee bit behind, but this (article which could also be called "look what TrekMovie said a while ago) should get me just about up to date and in place to start updating properly as news happens, woo!


There are a few new toy/collectible announcements lately, including new companies getting involved in Trek. One big change for all the licensors is that CBS have decided to apply a unified packaging design for TOS products (which are most Star Trek products at the moment), which includes a blue background with the classic "Star Trek" title and then depending on the size and shape of the packaging in question a pretty standard image of Enterprise and/or Kirk and Spock. As art asylum described on their Star Trek blog it will "While [it] makes layouts and approvals go smoother it kind of limits what [they] can do [at there] end" (looks and sounds awfully dull to me)

Anywho, first up for product news: Diamond Select Toys have announced a new action figure two-pack, featuring their first character releases from Star Trek III: The Search for Spock, the Klingons Kruge and Maltz. According to TrekMovie.com these figures are "‘one offs’ and not necessarily the beginning of a line from Star Trek III" 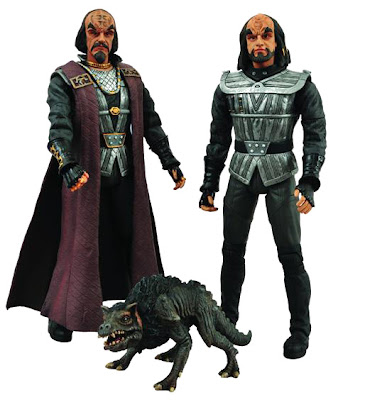 In the same article TrekMovie.com revealed a new product from another long running Trek licensor: Hallmark, who have already announced one of their keepsake Christmas decorations for 2009! It's Kirk, Spock and Pike from The Menagerie: 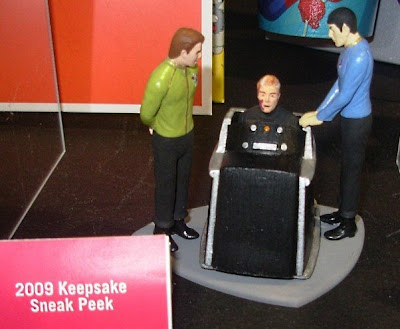 There will apparently be three other models next year, including one ship and one figurine.


TrekMovie (again) also report another company, Round 2, will be distributing several previously released starship model kits under the AMT and Polar Lights brands. Out later this year will be a re-issue of the AMT 1/650 scale model of the TOS USS , featuring new more accurate moulds. It will be available in either a box, or metal tin! 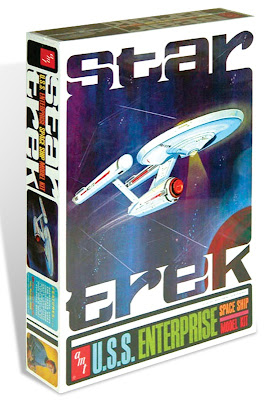 The Polar Lights reissues this year will include the 1/1000 scale TOS Enterprise, Klingon D7 and Enterprise NX-01. These will also feature moulds with improved detailing apparently. 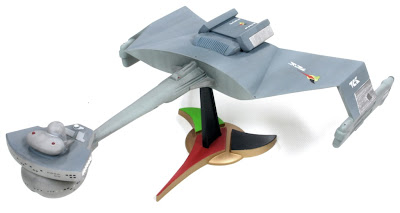 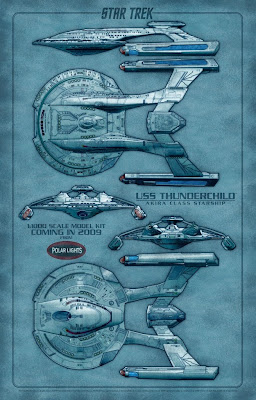 Meanwhile one of Trek's newest licensors, Mattel, has announced some pretty cool new products: A variety of different Star Trek "Tyco RC Flyer" - ie. remote controlled flying starship models! There will be several variations of the Enterprise - probably the movie-era design because it flys better - including a small entry level model which flys itself round in circles without any actual remote control; the same model but with remote control, a larger version with a remote control styles on a TOS communicator, a recharging unit based on a tricorder, and a really really big version with the same controls, but it’s really really big... 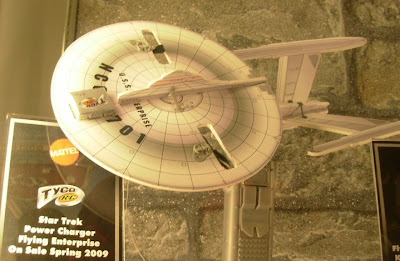 There will also be Klingon Bird-of-Prey versions of the two smaller models and Mattel also has plans for similar products for the new movie design and ships from the rest of Trek franchise. 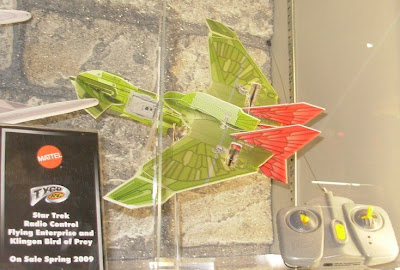 
Also coming from Mattel is a Star Trek version of their Scene it? board-game, with questions spanning the entire franchise (including the new film) 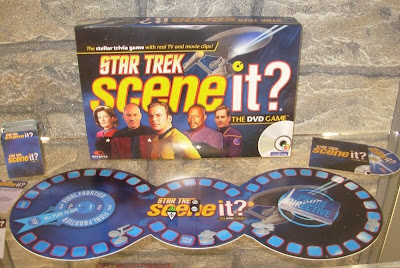 On the Star Trek Scene it? website there is a competition to add new questions to the game, so get your trivia hats on - Can anyone tell me who really likes Bularian canapes?


Elsewhere in the Star Trek toy store... the font of all Trek knowledge also reports two companies are producing Star Trek keychain... things. Underground Toys are (in September) releasing a yellow thing with some voice clips (can you sense my enthusiasm for this product...) and Basic Fun will be releasing some figural keychains later in the year. 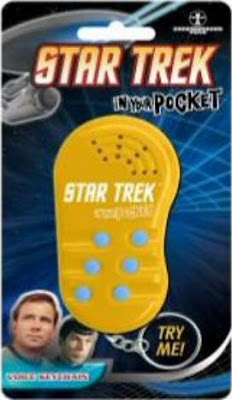 Finally, in news on a different type of Star Trek game Cryptic Studios have announced they have taken over development of Star Trek Online, and will be announcing further details this Sunday. In the meantime here are some pretty pictures from there Star Trek Online website: 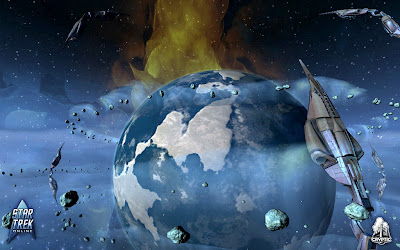 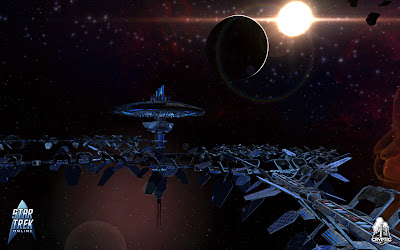 See the site, here, for more.