Well, the remastering project is finished, the last episode has aired and all three seasons are out, or coming out soon, on DVD (but not yet on bluray).

The third season DVD collection has been announced for release in November, it is as one might expect red, and the special features are not known yet. 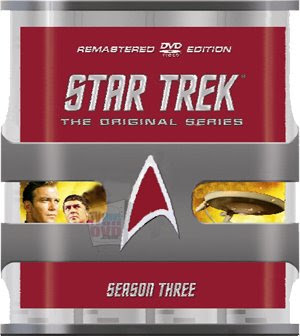 The final packaging for the Alternate Realities Fan Collective set has also been released (revealing Spock's beard) and it has been announced TOS episodes in the set will be remastered versions. 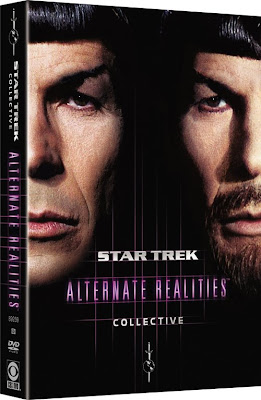 And finally here is a pretty picture of Stratos, the flying city featured in "The Cloud Miners", one of the last episodes to be aired: 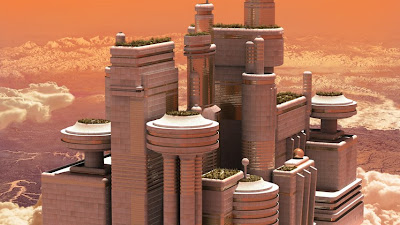 TrekMovie has another image from the episode, here.
at 11:39