Starship miniatures, concept art costumes and props from TOS, The Motion Picture and more, all up for auction

In the coming hours and days two different auctioneers are offering up quite a variety of interesting props, costumes, starship miniatures, artwork and more from across numerous Star Trek TV and film productions, including a lot of items from TOS and The Motion Picture, and more spanning right up to Into Darkness. Continue below to check out some of the highlights.

The most notable item is probably the iconic TOS phaser rifle from Where No Man Has Gone Before, which is coming up for sale later today from Hertitage Auctions in their Hollywood and Entertainment Signature Auction. This large one-of-a-kind prop remains in remarkable condition 55 years on from its creation.

Adding to the coolness of this lot, not only will the buyer get the prop itself, but also a treasure trove of documents and artifacts from it's history, including several letters detailing its production, original concept art, and polaroids of it at the point of creation. 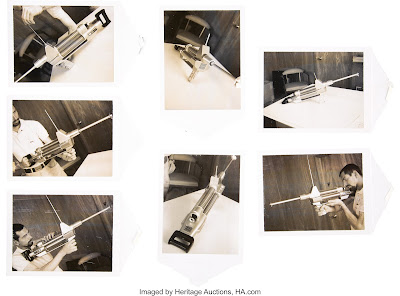 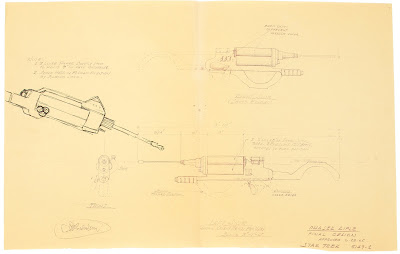 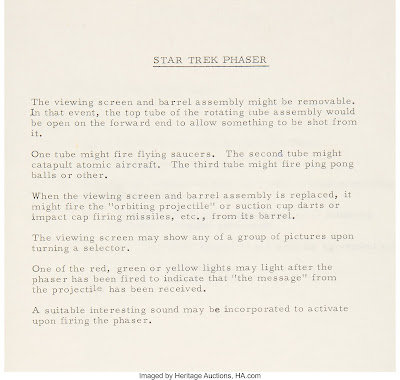 Also offered by Heritage Auctions is one of the few Starship miniatures from TOS, the Tholian starship; the elegant simple original version from The Tholian Web. 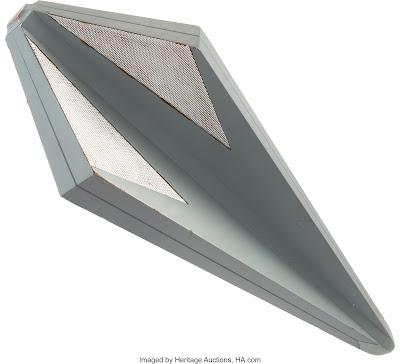 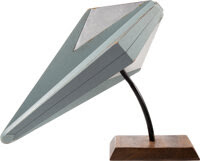 In a separate lot, but an obvious companion piece, is a set of concept sketches by Matt Jefferies for the same ship. 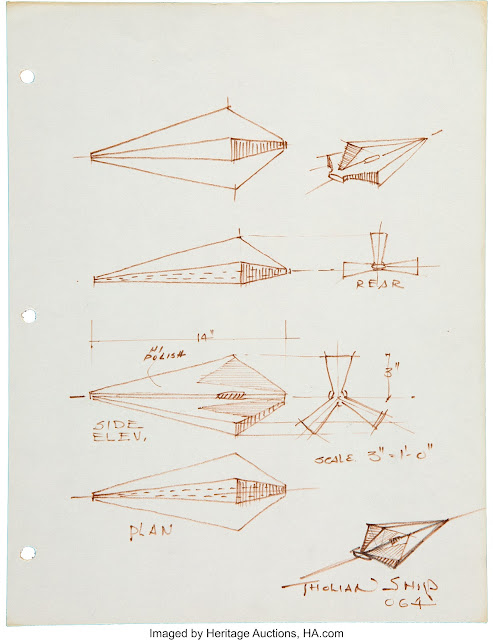 Meanwhile over at PropStore, their Entertainment Memorabilia Live Auction in a few days includes another TOS treasure, an original tribble from The Trouble With Tribbles. Given their numbers across several series now, original production tribbles are not much of a rarity, but this one is a bit special, as it has a built in bladder and hose 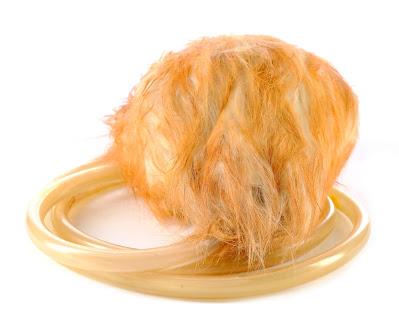 As it happens, Heritage Auctions have another of the more unique tribbles, a walking version! 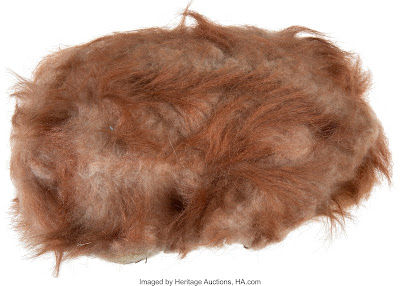 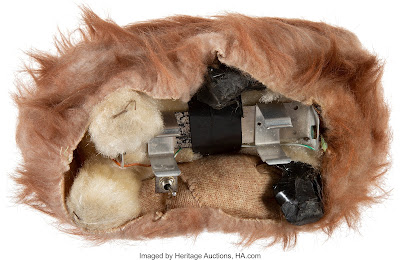 Another notable TOS prop, again from Heritage, is an original bridge chair too:

Both auctions have a wide range of items from The Motion Picture. This includes one of the distinctive wrist communicators, and tricorder from Heritage: 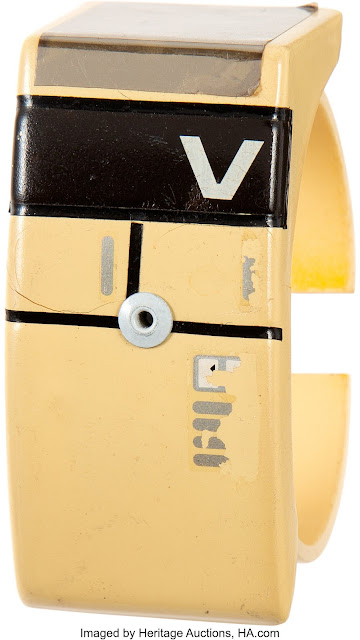 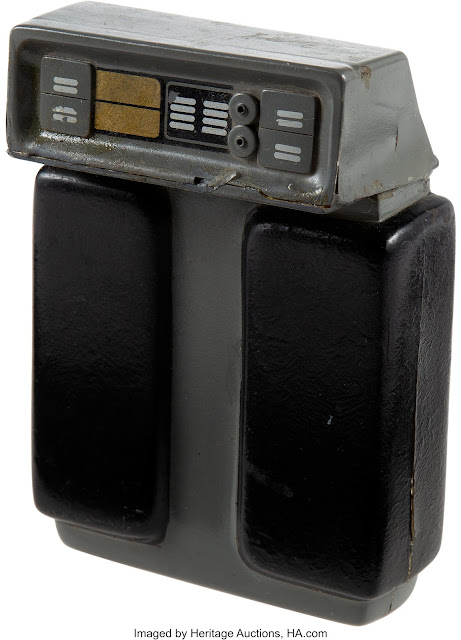 Both auctions have numerous Motion Picture costumes available, the most eye-catching to me are Spock's orange-trimmed sickbay outfit and Uhura's uniform, both via PropStore: 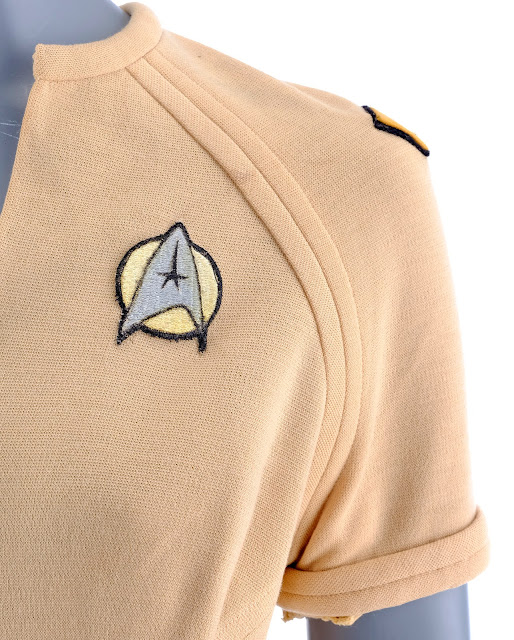 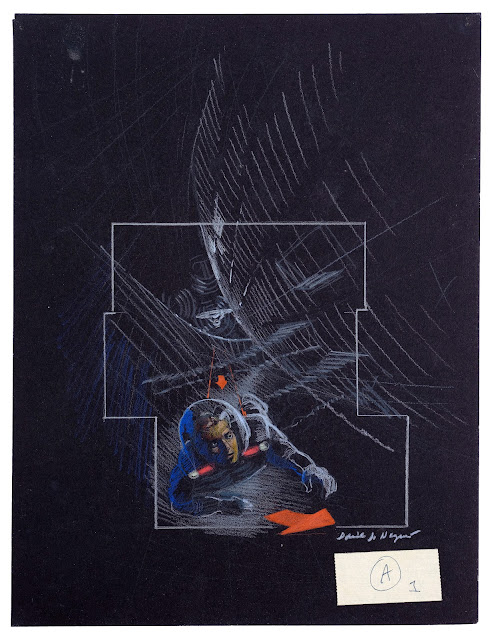 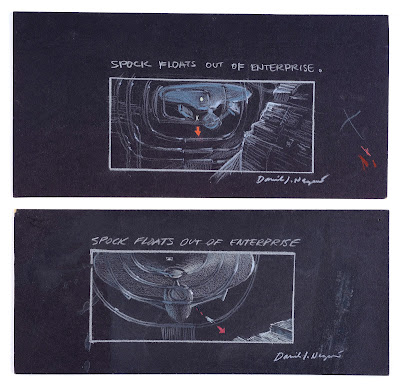 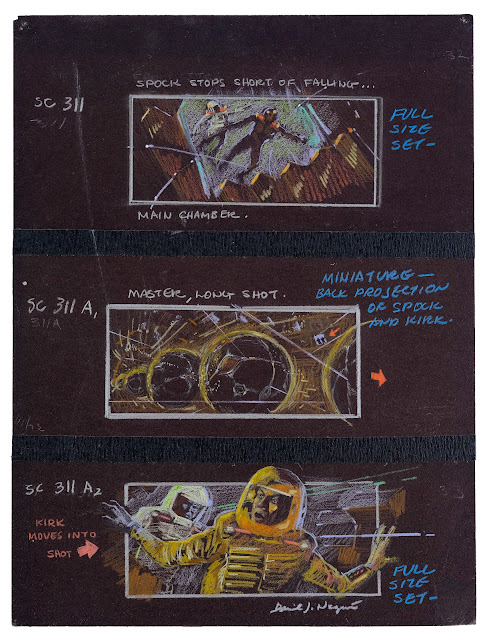 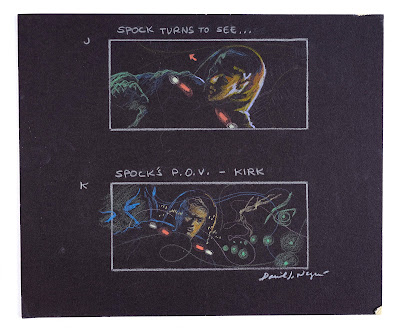 Also from PropStore there are some nice concept art pieces from The Voyage Home, including a Ralph McQuarrie concept for futuristic San Francisco: 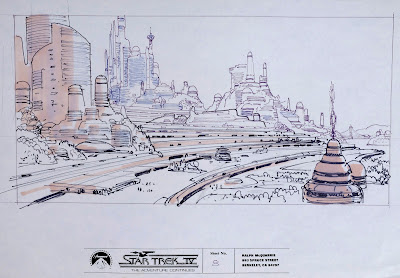 Coming much more up to date in movie production, check out this very impressive Klingon costume from Into Darkness: 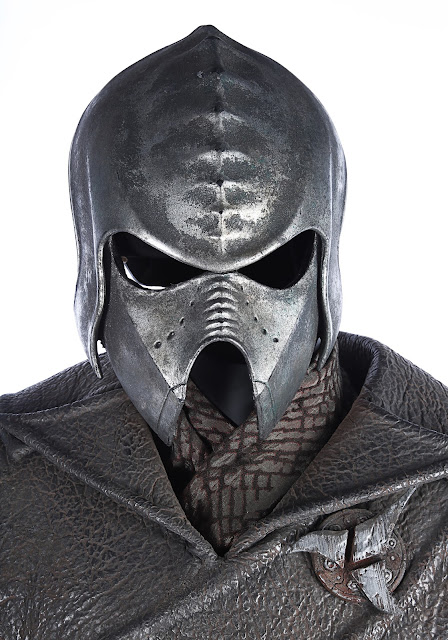 My final pick from these two auctions is another phaser rifle, this time a hero version with working electronics from Nemesis: