EXO-6's Voyager Doctor, and other new characters to come

EXO-6, makers of high end Star Trek action figures currently have their second Voyager character ready for pre-order, and have also recently announced more new characters on the way. Continue below to check out The Doctor, and for news of those forthcoming releases.

Voyager's EMH will join the Captain Janeway figure(ad) offered earlier in the year, and like her and EXO-6's other figures is at 1/6th scale, making him about 30cm tall. The highly articulated figure features a realistic head sculpt, and intricately tailored miniature uniform. 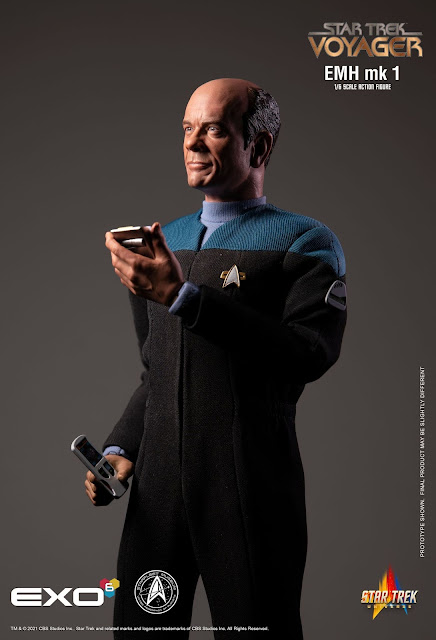 The Doctor also comes with a suitable variety of accessories, including a mobile emitter and combadge which are attached to his uniform, EXO-6's clever magnetic tricorder which can be magically holstered to the hip, a PADD, and a really fun tiny hypospray complete with three interchangeable vials! Plus loads of different hands ready to hold all those things and make suitably Doctor-y poses. 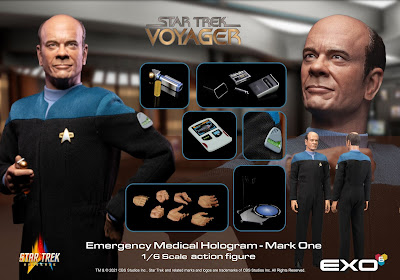 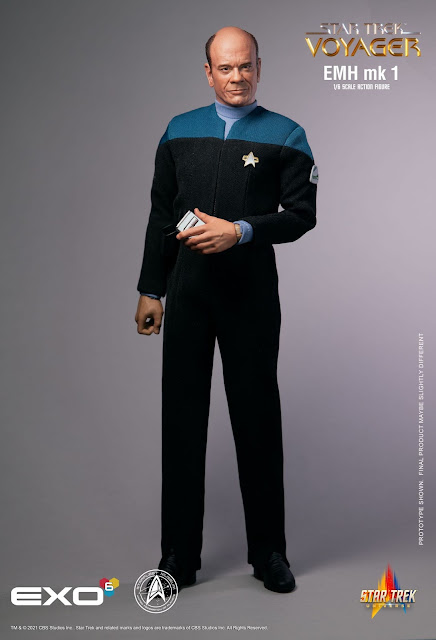 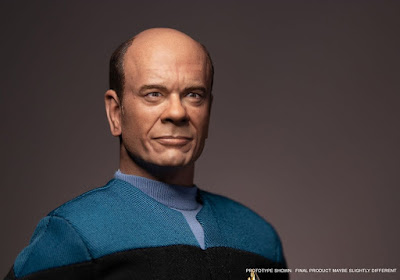 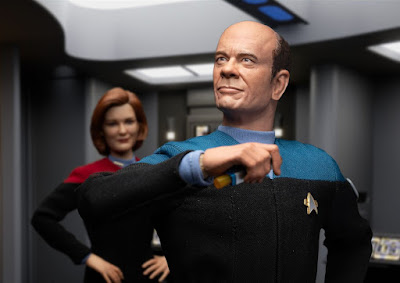 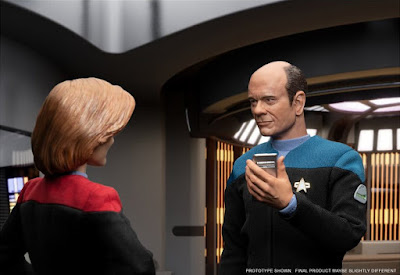 The Doctor is currently available to pre-order direct from EXO-6, with the first wave of orders expected to ship around about January 2022. If you miss the pre-order window, they do supply to some retailers as well, so you'll be able to get an order in via the likes of Entertainment Earth(ad).
And that's not all for Voyager, also joining the crew sometime soon will be Seven of Nine, which EXO-6 teased with this little preview of their head sculpt: 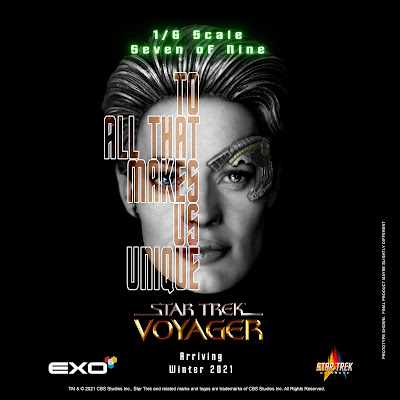 EXO-6 have already released two First Contact figures, and announced a range of Captains, comprising the five captains of the classic-era Trek series (TOS through to Enterprise), which will each get companion characters too; Janeway, The Doctor, and Seven of Nine are the first of this series. More recently they have also confirmed they will be doing a Discovery range; so far they have not revealed which characters this will include, or indeed which era(s).
Support The Trek Collective, via order links for the Voyager figures:
EXO-6 Captain Janeway action figure
Entertainment Earth(ad)
EXO-6 The Doctor action figure
Entertainment Earth(ad)