Eaglemoss: Hero Collector have this week added some new listings to their web-shops for both some variant designs from Picard, and the XL edition of the Discovery-A. Continue below to check them out.

First up, you might recall the fleet of near identical Starfleet ships seen at the end of Picard season one was in fact made up of our distinct variants, featuring a mix of two different nacelle shapes (rounder ones and more squared-off ones) with bussard collectors in two different colours (more reddish or orangey). Until now Eaglemoss had released two of different looks for the ship, the USS Zheng He(ad), as issue two of the Star Trek Universe starships collection, and the USS Toussaint, which so far has only been available to subscribers of the series(ad) as an extra for maintaining the subscription. Well now the full Inquiry class fleet can be completed, as Eaglemoss have released the final two variants as bonus models on their European web-shops (no news on a US release just yet, but hopefully they will come there).

The red square-nacelled ship is the USS Varian Fry: 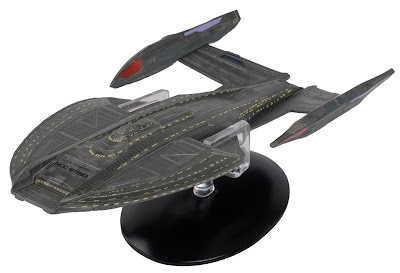 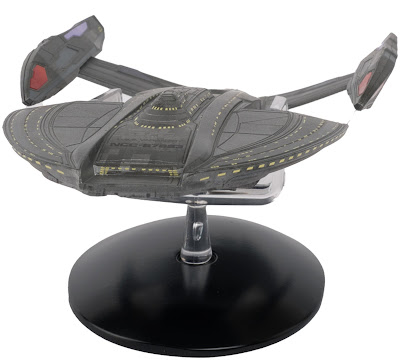 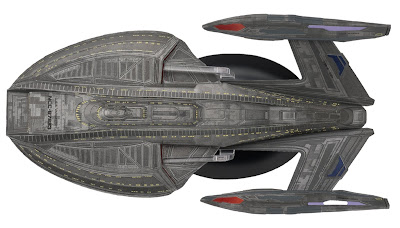 And the red rounder-nacelled ships is the USS Maui. 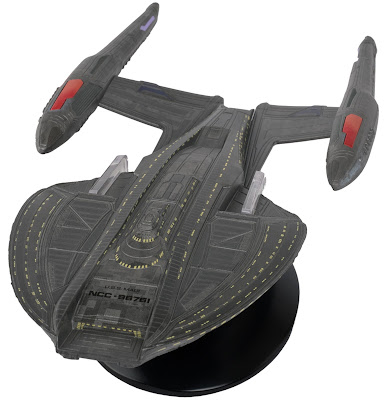 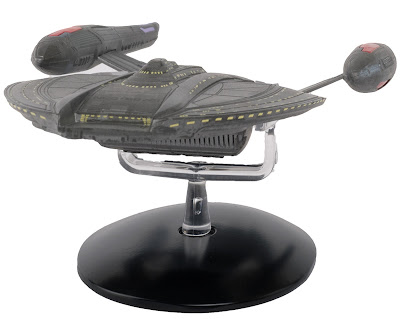 Note the nacelles are not the only difference, here's a comparison of the Zheng He and Varian Fry, highlighting the different panelling patterns across the hull, and different impulse engine colours too. 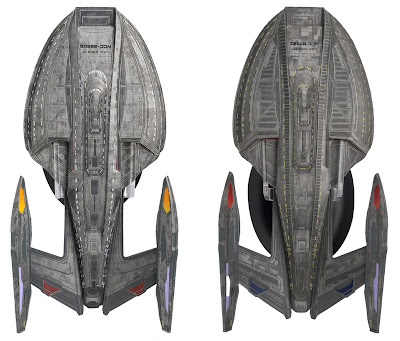 Eaglemoss are describing these are limited edition variants (although how limited who knows), so if you're keen to get them you'll probably want to get orders in sooner than later.
One more new ship just recently listed is the XL edition of the USS Discovery NCC-1031-A(ad). Like the recently revealed smaller counterpart(ad) this includes the floating nacelles attached with little clips. 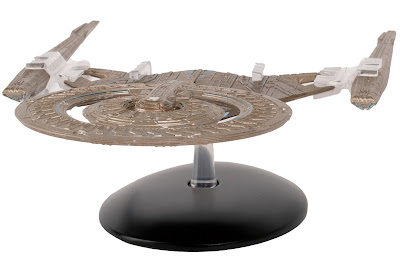 The XL Discovery-A is currently up for pre-order, with an expected January release, right alongside its smaller regular issue sibling. There is a reasonable size difference between the two, with the regular edition 7.8 inches long, compared to the XL's 11.5. 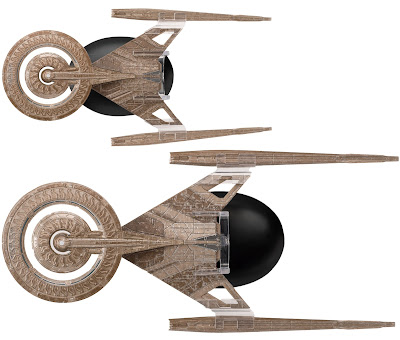