The Roddenberry estate have teamed up with cloud graphics company OTOY to create a new digital record of the work of Star Trek creator Gene Roddenberry, The Roddenberry Archive. The project will seek to digitalise numerous documents and photographs, digitally capture and preserve 3D artefacts such as filming miniatures, and create new digital models of major Star Trek starships, with the promise of holographic experiences built off of the latter.

Here's a little intro video looking at what they're doing, featuring the the gaggle of behind the scenes Trek experts also involved: Denise and Mike Okuda, Doug Drexler and Daren Dochterman.

Their stated aim is to:

...preserve and present this information for

1) Those studying Roddenberry’s career now and, in the future.

2) For those who appreciate his work and simply want to experience a part of his invented worlds.

3) For posterity to provide accurate information for those involved in future productions and other projects based on Roddenberry’s work.

They will use the new digital assets to present life-size holographic displays, and according to Variety, will also be creating NFTs (nonfungible token), part of a current craze in crypto assets, which would presumably allow the archive to also generate income.

Continue below for more previews of the work already in progress:

The bulk of the material OTOY have so far shared in previewing this project relates to a new highly detailed model of the movie-era refit USS Enterprise, which includes extensive interiors all modelled too, down to the detail of small props even. Part of The Roddenberry Archive project will be a team up with innovative display producers Light Field Lab to create life sized realistic holographic experiences, allowing someone to in effect visit the Enterprise. It's not clear when or where this experience might be available, but a Variety report on a prototype of the technology from a few years ago certainly makes it sound impressive. 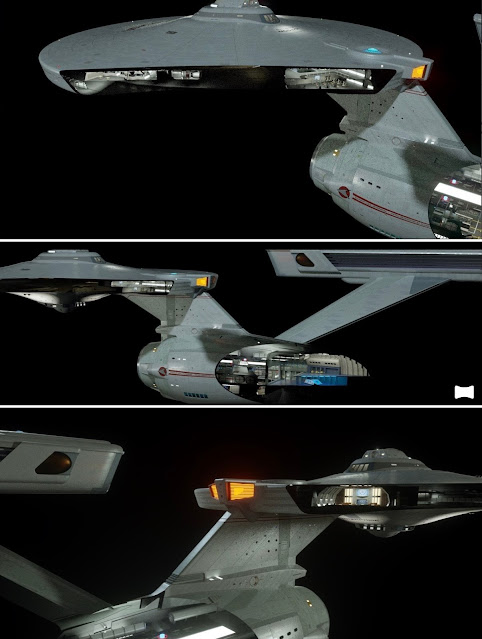 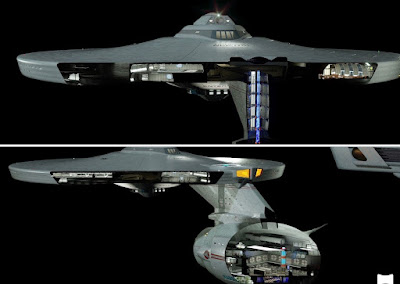 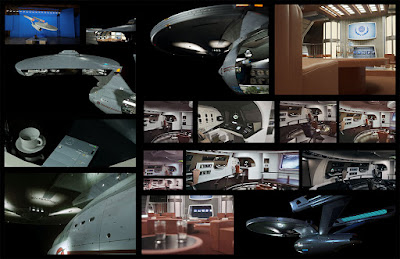 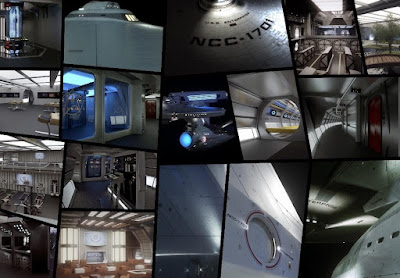 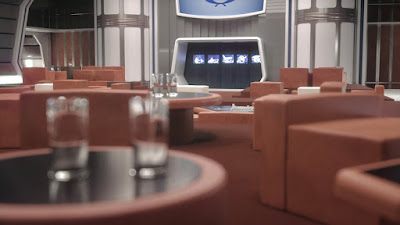 The Roddenberry Archive initially plans to create digital models of three key ships, the classic TOS USS Enterprise, the movie-era refit USS Enterprise, and TNG's USS Enterprise-D. They may look at creating further assets later if there is sufficient support for the project to enable them to do so.
The approach to these models will be to create accurate archives of the filming miniatures, alongside a full fledged in-universe counterpart, with the interiors in some cases, and also expanding beyond what was seen on-screen to fully bring the ships to life. Here's how OTOY explain it:

Production versions will accurately represent the limitations of the various models such as limitations of resolution and detail, and apparent flaws that existed in the actual models. These models will be of importance to those studying popular culture and filmmaking techniques, including the actual production of the Star Trek shows.
In-universe versions will fill in some of the details that were not present on the actual models. These models, when enlarged to theoretical full size, would exhibit the details (such as hull plating and room interiors seen through windows) that we imagine we might see standing next to a real starship. These added details should all be closely based on visual information seen in the episodes and films themselves. In other words, a Star Trek fan seeing this material should accept that this is material that is authentic to the episodes and movies. These in-universe versions will be of interest to those wishing to experience a fully realized version of Gene Roddenberry’s vision of the future. These models may also be of use to future filmmakers seeking to create accurate representations of these iconic vehicles.

If the movie-era Enterprise above is the in-universe version, I suspect the single preview of the TV-era Enterprise below represents the production version, with the digital asset here seen matched up to a well known behind the scenes photo of the original miniature: 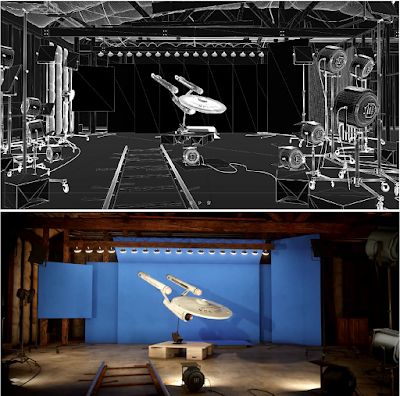 Other elements of the project are less extensively previewed, but intriguing. Here for instance is the concept model of the USS Enterprise for the unmade Planet of the Titans movie being 3D scanned: 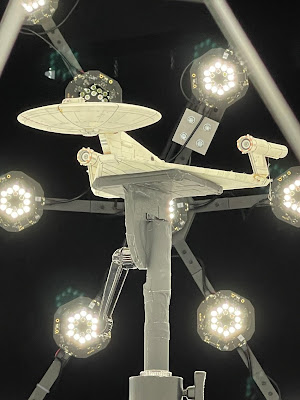 And here is a montage of materials we might expect to see, which span from original production assets through to quite contemporary projects: 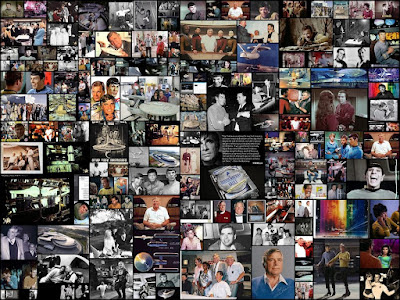 Two artists have been highlighted as involved in the project in some way, Mike “Beeple” Winklemann and Alex Ross. The latter's work, illustrating the Polar Lights model kit(ad) packaging a few years ago, will seemingly be part of the documents captured by the archive. 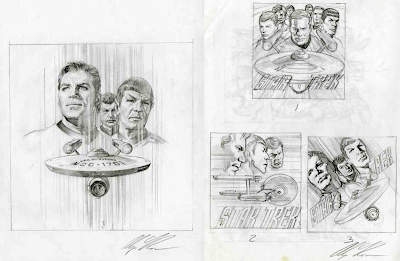 The Roddenberry organisation has released various documents via their social media previously, and put together home video presentation of lost TOS footage (deleted scenes, outtakes, etc), the Roddenberry Vault(ad), a few years ago. Those projects have been really picking out highlights, so this new venture has the potential to have much bigger scope, really diving into the behind the scenes materials in depth, hopefully in an organised and accessible way (as opposed to having to dig out a five-year old Facebook post for content so far).
As yet, how exactly the archive can be used and accessed is not clear, but it certainly feels like they're looking at several different avenues to make the most of the assets they are creating (in-person experiences, NFT trading, and hopefully something widely accessible).