This week's new Lower Decks episode is the delightfully titled We'll Always Have Tom Paris; as usual Paramount+ have released a little episode trailer and a bunch of stills. There's also a good dose of extra contents relating to last week's episode. So continue below to check out all that, but first, here's a new season trailer too, featuring several new snippets of things to come:


Here's the blurb and trailer for We'll Always Have Tom Paris, both of which are oddly lacking in the promised Tom Paris!

Assigned a special task by Dr. T'Ana, Tendi enlists Mariner for help. On the U.S.S. Cerritos, Rutherford is consumed by a bridge crew mystery.

This episode's preview images do give us some Tom Paris though, including of course on Boimler's collector's plate! 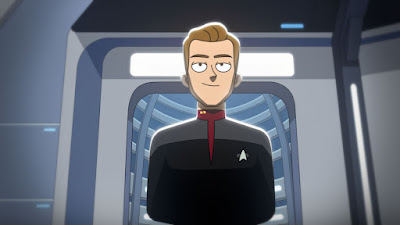 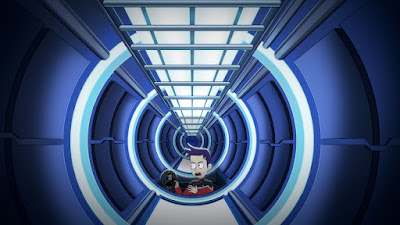 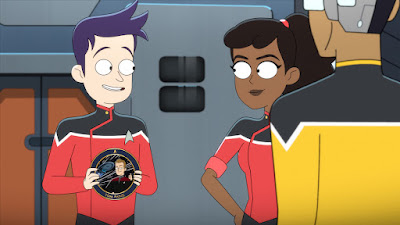 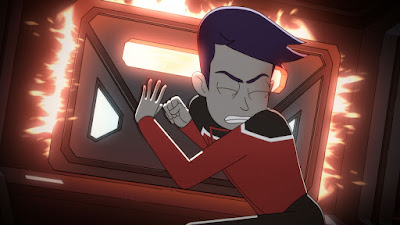 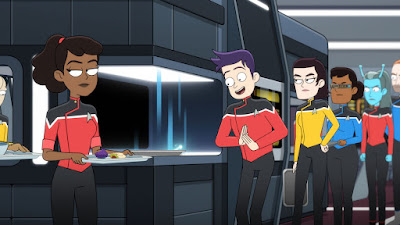 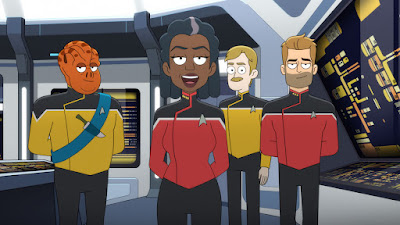 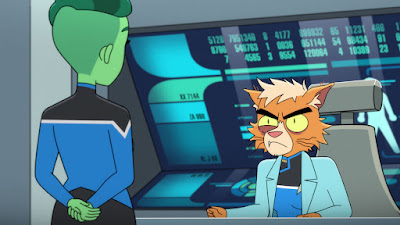 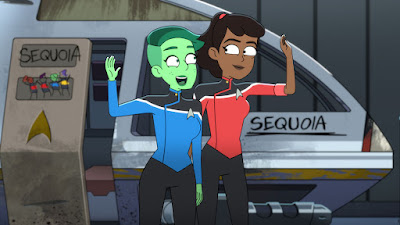 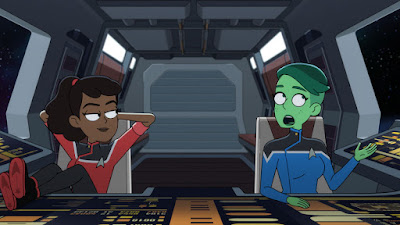 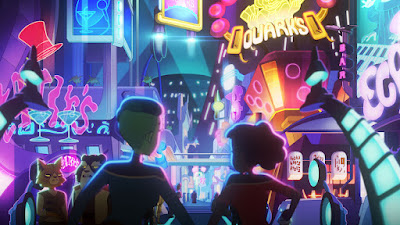 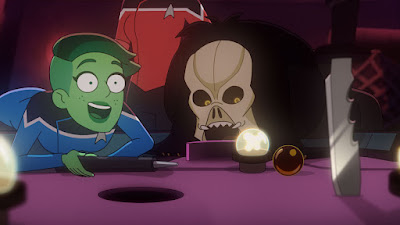 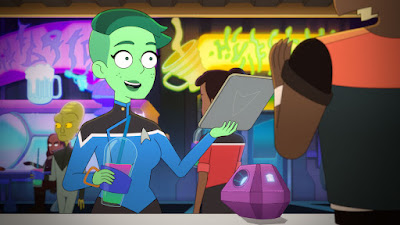 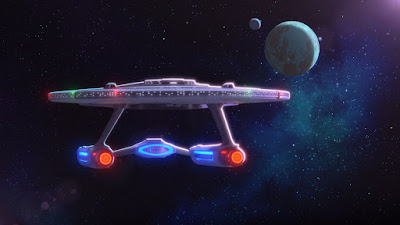 Looking back to last week's Kayshon, His Eyes Open, the latest Star Trek Logs has Mariner skipping over detailing the main events of the episode to focus on planning her revenge on Boimler!


Tendi's also keeping up her log entries via her regular episode selfie on social media: 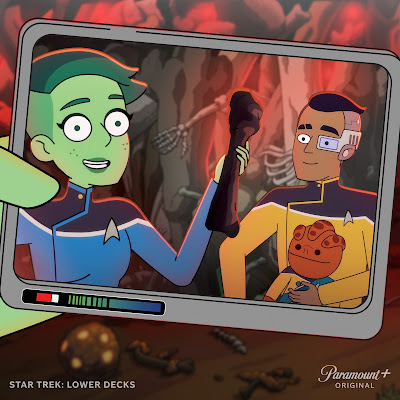 And typically we also get something more playful on the Trek social media, which this week was a bit of a Where's Wally look at the museum easter eggs seen in the episode: 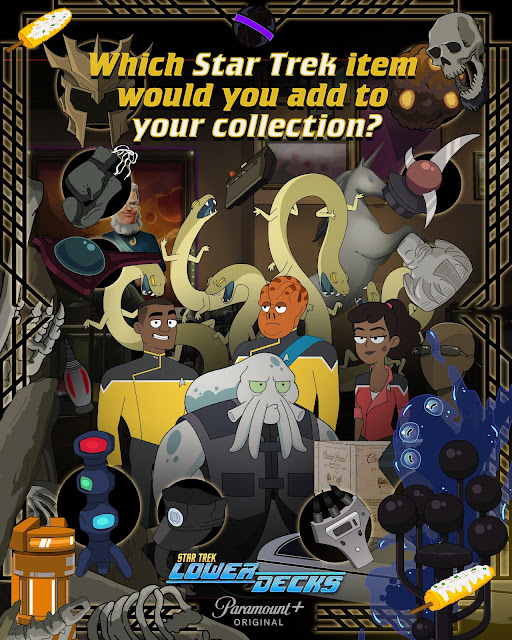 Dipping behind the scenes, we also have another look at some animatics from this episode:


Titmouse Stuff also had a lovely bright release in their weekly episode-themed Shirt Collective T-shirt design. I think this might be the first official T-shirt to feature the USS Titan! 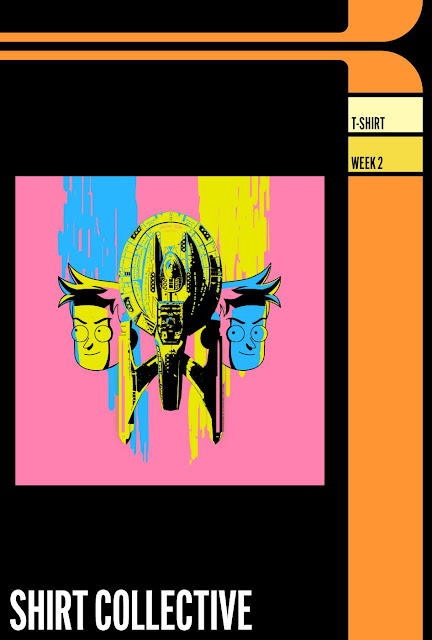 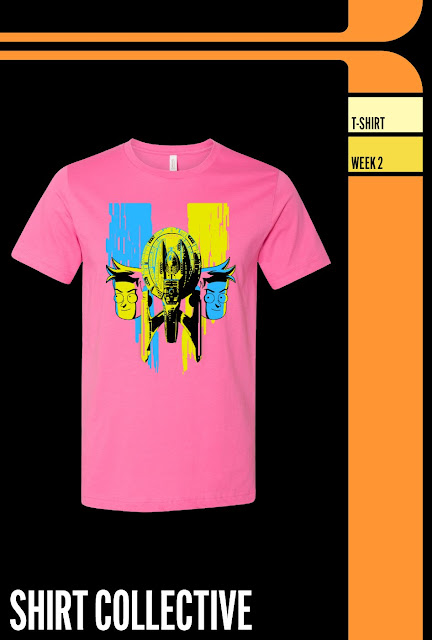 Of course Paramount+ also released a bunch of extra episode stills after release, highlighting some of the more spoilery moments! 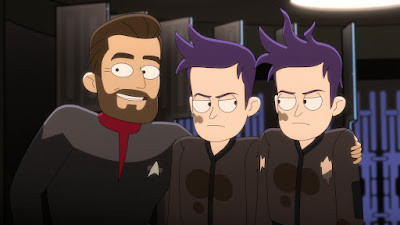 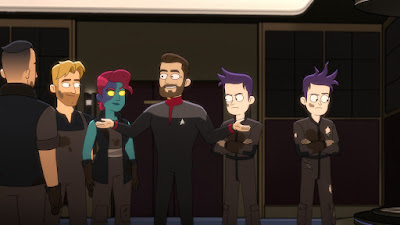 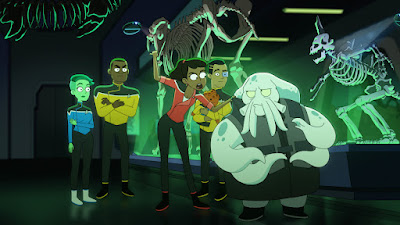 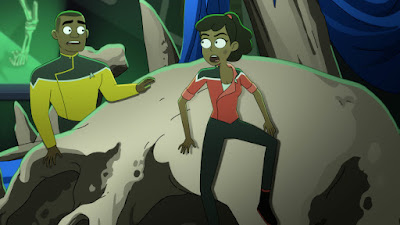 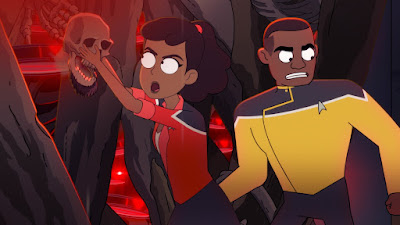 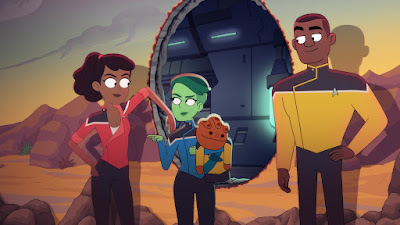 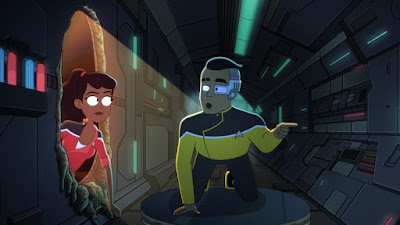 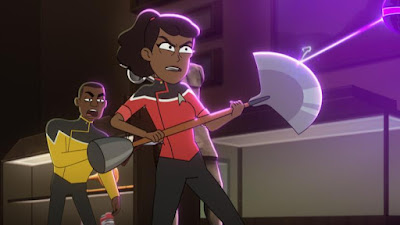 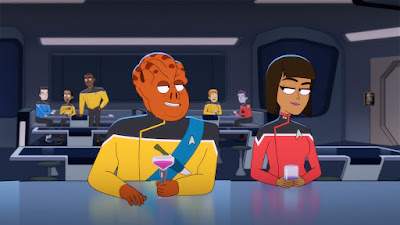 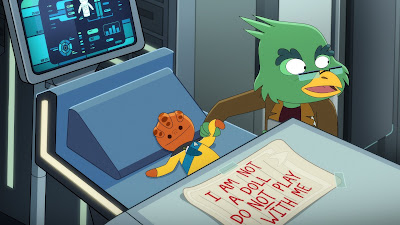 Finally, check out this fun motion poster version of the season two keyart: