IDW 's big Star Trek event for the next year or so is The Mirror War(ad), the latest entry in their occasional mostly-TNG based mirror universe continuity, and their latest round of solicitations, other cover releases, and some artist teases, give us a few hints of where that series is going. Continue below to check out new covers and art:

The latest announced issue, The Mirror War #2(ad), is due out in November, and will be written by David and Scott Tipton, with art by Gavin Smith (as is the whole main series in this year-long event). Here's the blurb, noting an appearance by "The Obnoxious Okona":

Return to the Mirror Universe of The Next Generation with this brand-new series from writers David & Scott Tipton!

When one of Picard’s secret supply caches is raided by “The Obnoxious Okona”—putting an obstacle in the way of the crew getting to Faundori—the Captain vows revenge. Meanwhile, Worf remains on their trail…

The book will be offered in three different covers, and all three have already been revealed, with more characters due to appear identified from the artwork.

The A cover(ad) by J.K. Woodward prominently features Worf, alongside a Klingon Bird of Prey, La Forge, Beverly and Wesley Crusher, and a Cardassian. The B cover(ad) by Amanda Madriaga meanwhile brings us Benjamin Sisko and Ro Laren. Ro is also prominent on Mark Alvarado rarer retailer incentive variant cover. 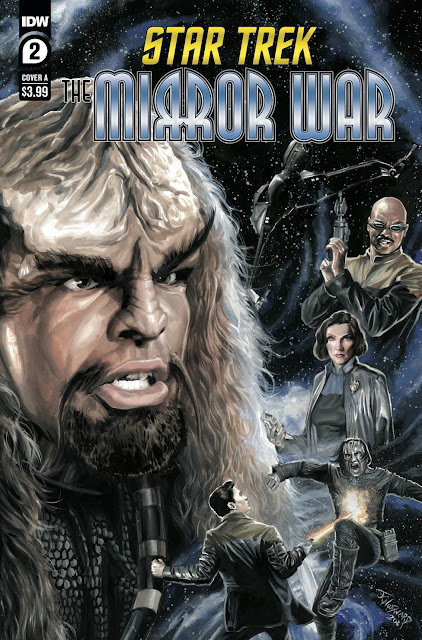 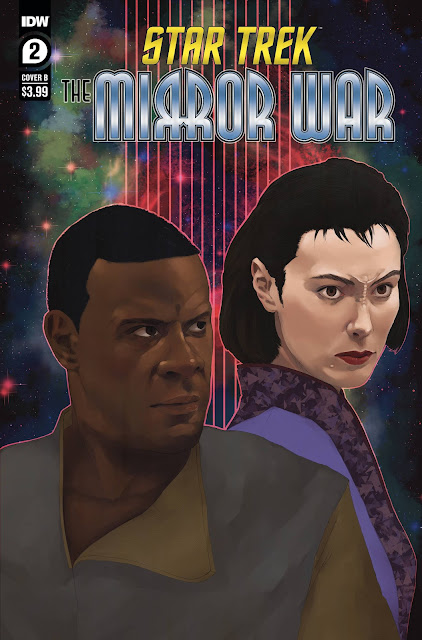 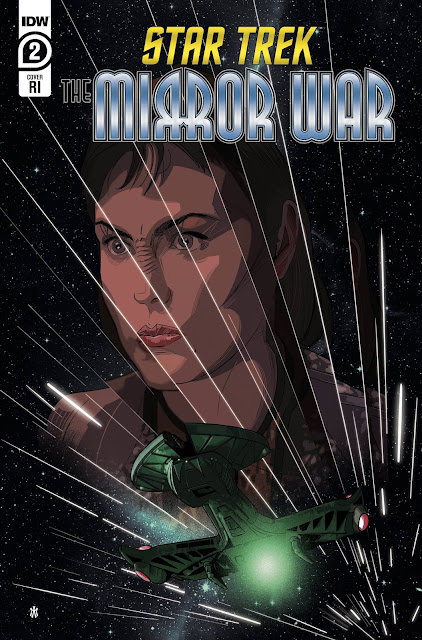 Series artist Gavin Smith has also shared some art teases on his social media, including most recently Data and the mirror Enterprise: 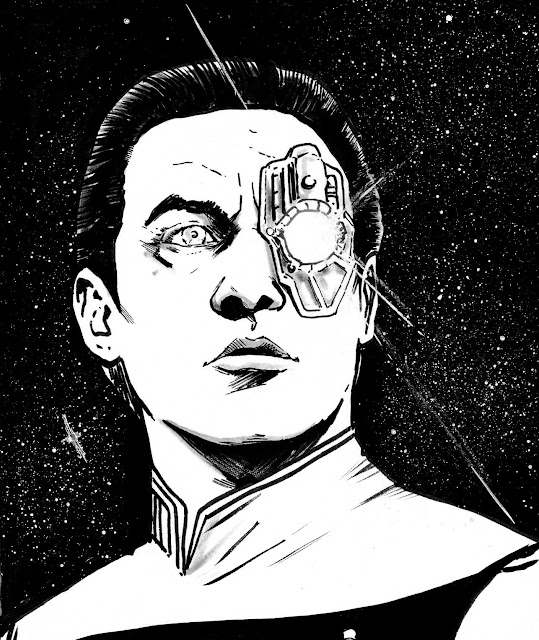 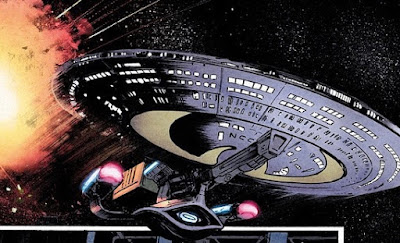 The Mirror War event will include a main eight-issue series, four character focused one-shots, and an issue zero(ad) which kicks it all off in September. A couple of new covers for that first book have also now been released. Both designs focus on Picard and Data. The B cover(ad) is by Ejiwa "Edge" Ebenebe, while the rarer retail incentive variant is by Tom Ralston 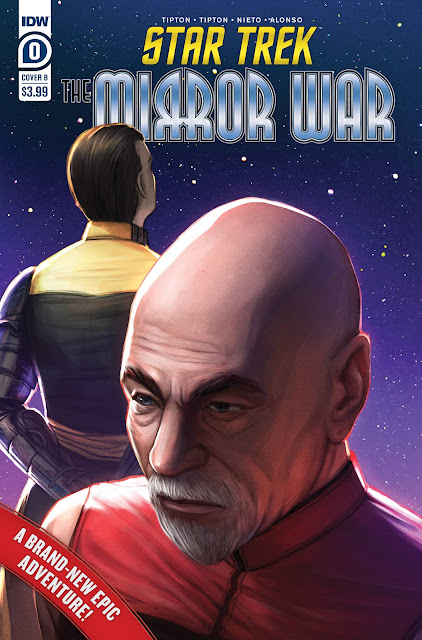 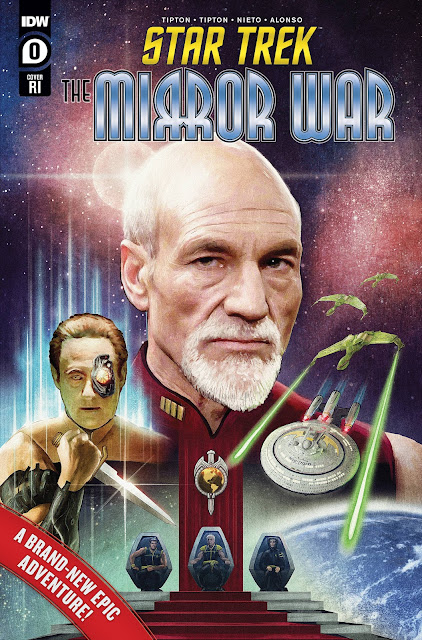