A few Star Trek novel news items have turned up lately, including a little something from the Coda trilogy, and previews of the newest TOS novel, Living Memory. But most excitingly, there is news of the first Star Trek novel scheduled for 2022, and the first non-prequel Picard novel! 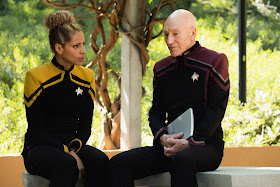 Coming in April 2022 from Una McCormack is Second Self(ad), a new Picard novel which centers on Raffi, and unlike the three Picard novels so far(ad), which have filled in the backstory for characters in the series in prequel settings, this new book is set after the events of the first season.

The blurb therefore might be mildly spoilery for where we are come the start of the second season, as it suggests where some characters are beyond simply flying off away on La Sirena:

A thrilling untold adventure based on the acclaimed Star Trek: Picard TV series!

Following the explosive events seen in season one of Star Trek: Picard, Raffi Musiker finds herself torn between returning to her old life as a Starfleet Intelligence officer or something a little more tame—teaching at the Academy, perhaps. The decision is made for her though when a message from an old contact—a Romulan spy—is received, asking for immediate aid. With the help of Cristobal Rios and Dr. Agnes Jurati, and assistance from Jean-Luc Picard, Raffi decides to take on this critical mission—and quickly learns that past sins never stay buried. Finding the truth will be complicated, and deadly….

I loved what McCormack did with Raffi and the Romulans in the first Picard novel, The Last Best Hope(ad) (see review), so am excited where she takes them next, and intrigued by the presumably inter-season setting.

Like the previous Picard novels the print edition of this is in hardcover format (although they all get reissues in paperback later if you prefer that).

In other novel news, we have the first novel for the Coda trilogy(ad) - The mega-crossover in the novels-timeline recently shunted into an alternate reality by Picard, which is now about to endure a "Temporal Apocalypse". Don't get too excited though, this is absolutely not the final cover! Previews recently listed the first book in the trilogy, Dayton Ward's Moments Asunder(ad), and used this basic cover to represent it. It uses a fairly distinctive style for the Coda title at least, so maybe that much will stick when the hopefully more exciting real deal arrives. 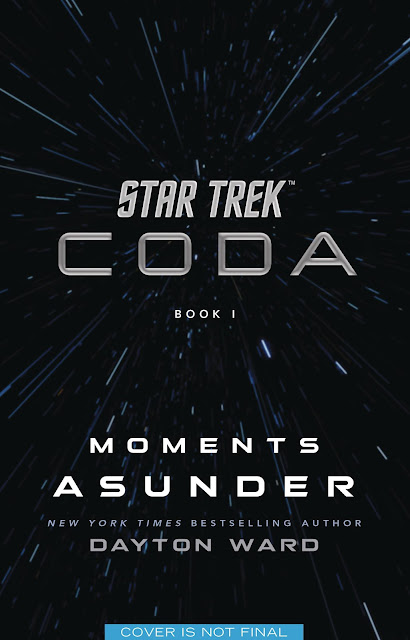 Moments Asunder(ad) is due out in September, and will be followed by James Swallow's The Ashes of Tomorrow(ad) in October, and concludes in November with David Mack's Oblivion's Gate(ad). See my previous report to tease yourself with the small blurbs so far released. 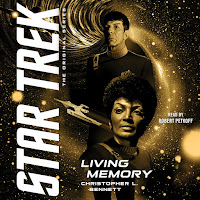 Finally, the most recently released Star Trek novel is Christopher L. Bennett's TOS movie era Living Memory(ad). Simon and Schuster Audio have released a preview of the audiobook edition(ad), which like many recent Star Trek audiobooks, is read by Robert Petkoff:

If you're more inclined to read than listen, you can also preview the start of the book via the Kindle preview: