Out this week is the sixteenth issue(ad) of IDW's TOS comic maxiseries Year Five(ad), and part two of the Vote Mudd story arc, featuring Harry Mudd's run for Federation President. This arc also features Andor, androids, and the Aegis, in the form of Gary Seven and Isis. A packed story, with it seems much more to come in future chapters of the ongoing Year Five story.

This book is written by Jody Houser, with art by Silvia Califano, and colour from Charlie Kirchoff. It is offered in two covers, either the main one(ad) by Stephen Thompson (also coloured by Kirchoff) featuring a Mudd rally; or the retail incentive(ad) by JJ Lendl, the latest in their travel poster sub-series of covers, which in this instance also hides a sneaky portrait of an Andorian!

Continue below to check out the covers, a five-page preview, and a look at some of the artwork from this series. 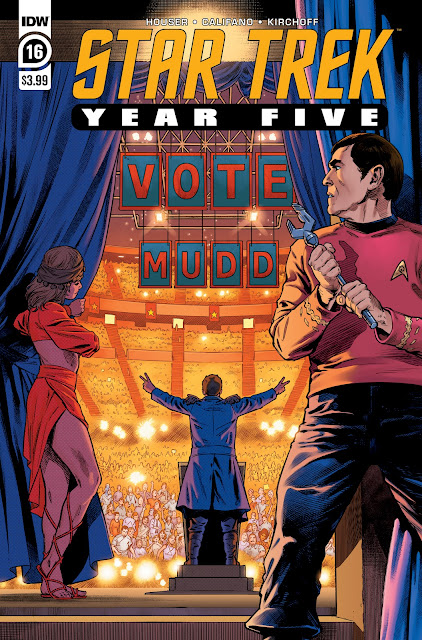 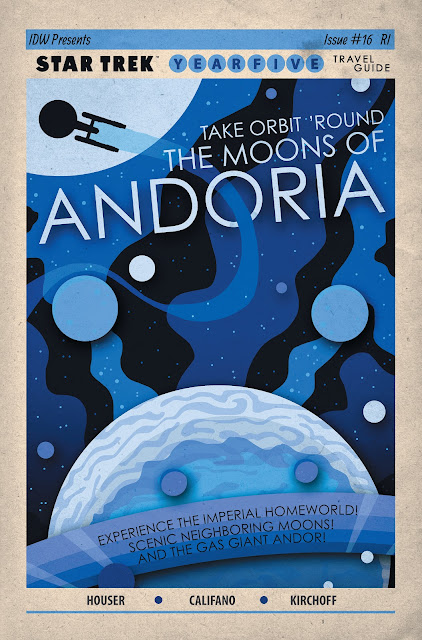 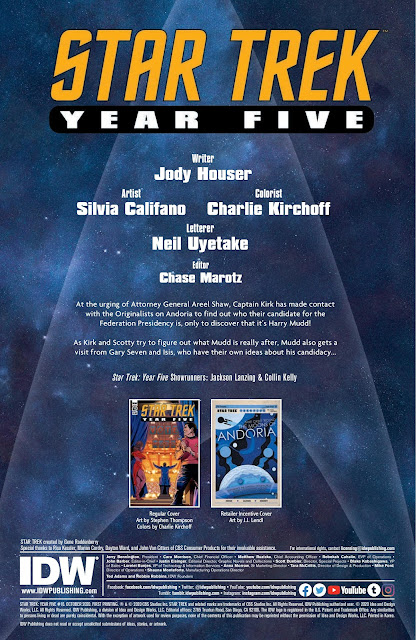 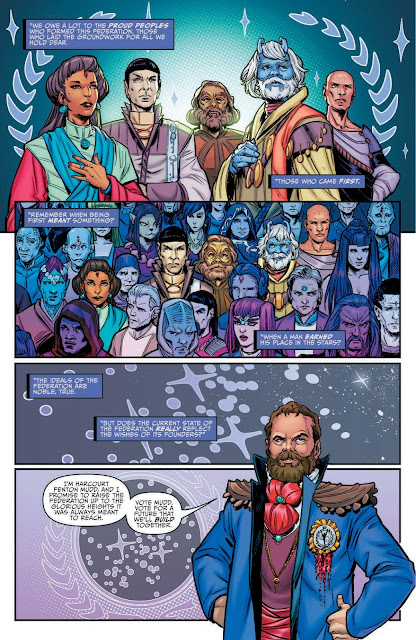 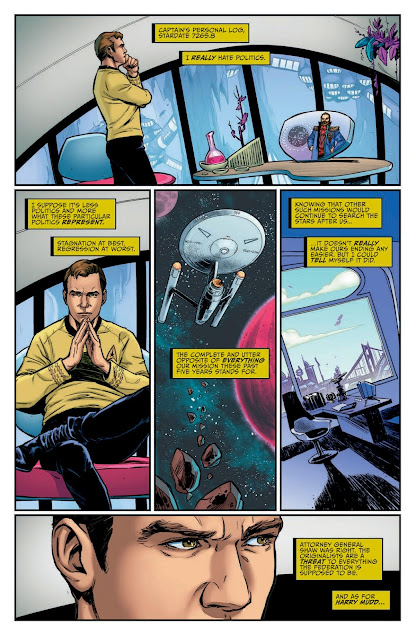 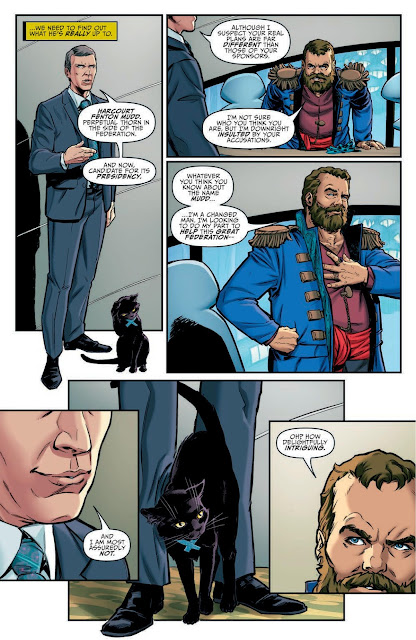 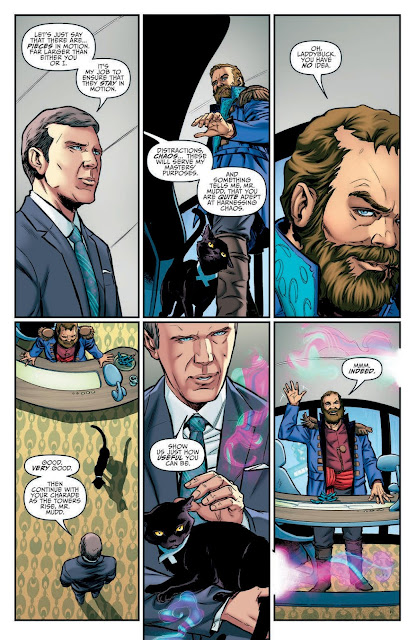 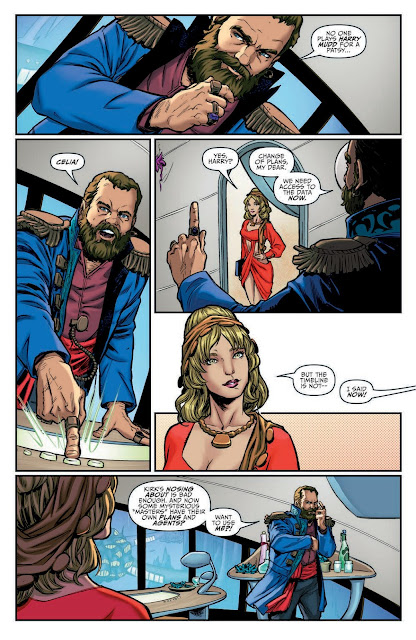 You can continue reading the rest of the book by picking up a copy at your local comic book shop, or from online retailers like these: Amazon(ad), Ebay(ad), Forbidden Planet(ad). This arc will also be part of the third omnibus in the series, Weaker Than Man(ad), which is due out in May 2021, if you'd rather wait for the collected edition.
Also in that collection will be a forthcoming medical story arc, coming in issues 18(ad) and 19(ad). Colourist Charlie Kirchoff recently shared their work, on artwork by Stephen Thompson, for the cover for issue 18, without the titles; showing off what looks to be another rather prescient story focus: 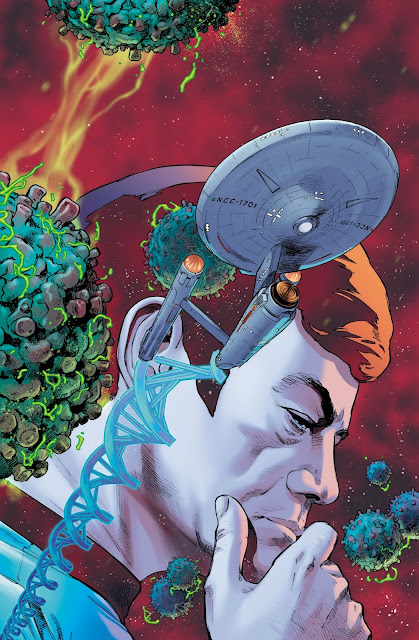 Kirchoff also shared several pages of art without text from the previous issue(ad), illustrated by Silvia Califano, showing off the particularly lovely opening page. Kirchoff has a fondness for a later page in the book, and has also shared some details from that page on Twitter. 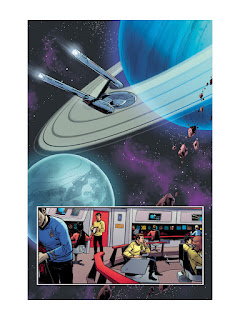 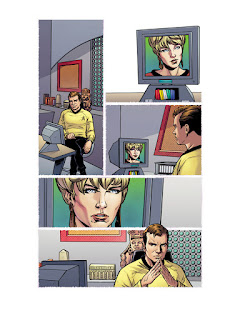 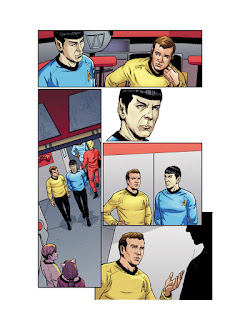 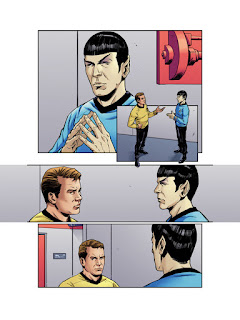 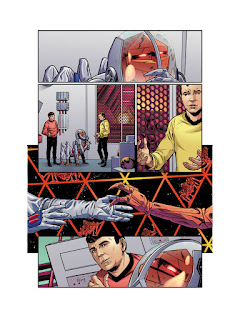 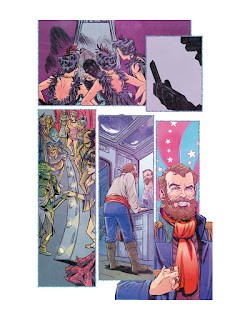