DS9: Too Long a Sacrifice #4 covers and excerpt

This week brings the fourth and final issue(ad) of IDW's murder mystery DS9 comic miniseries, Too Long a Sacrifice(ad).

The book, and indeed the whole series, is written by Scott and David Tipton, with art by Greg Scott and colourist Felipe Sobreiro. As with other issues in the series, there is a choice of three covers. Either the A cover(ad) by Richardo Drumond, featuring many of the prominent characters that feature in the story in an exciting movie-poster style arrangement. The B cover(ad) is a photo cover, this time giving us Garak. And there's the rarer retail incentive cover(ad), with art by JK Woodward, highlighting Odo and Worf.

Continue below to check out all those covers, a five-page preview, and the new-look cover for the omnibus edition of the series. 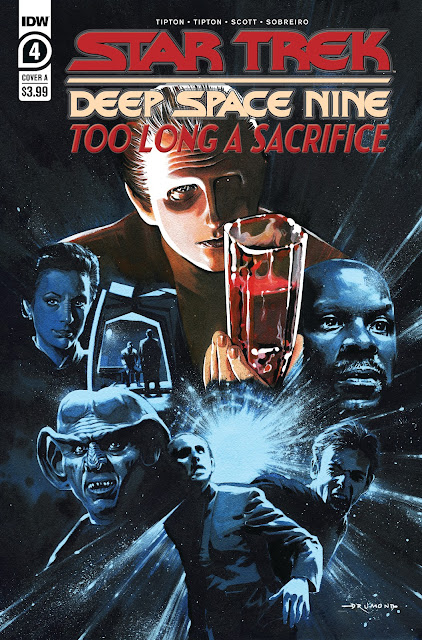 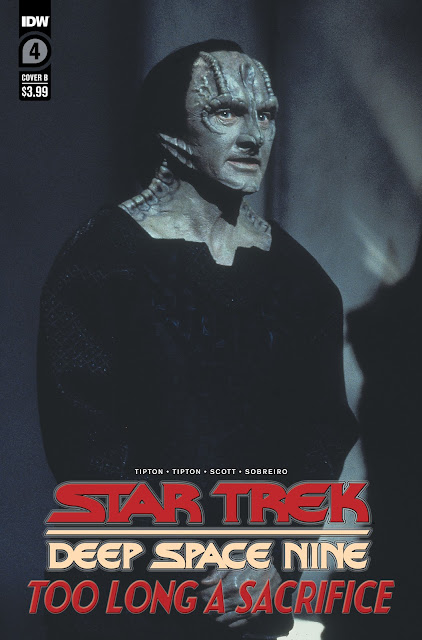 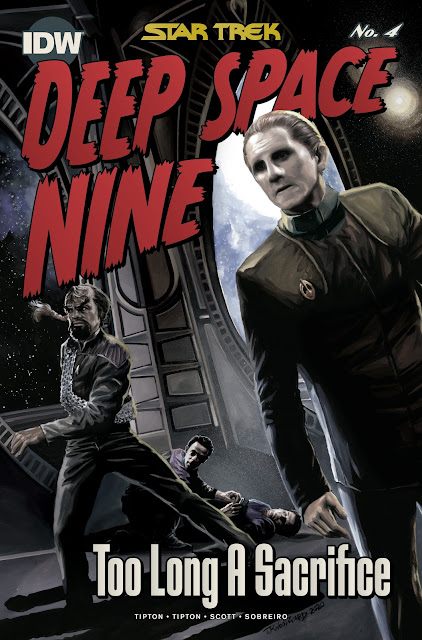 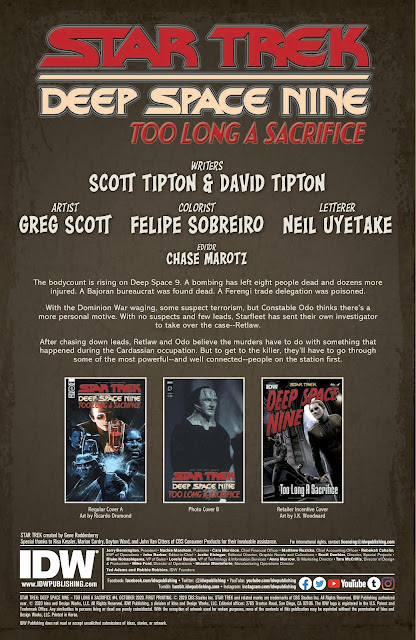 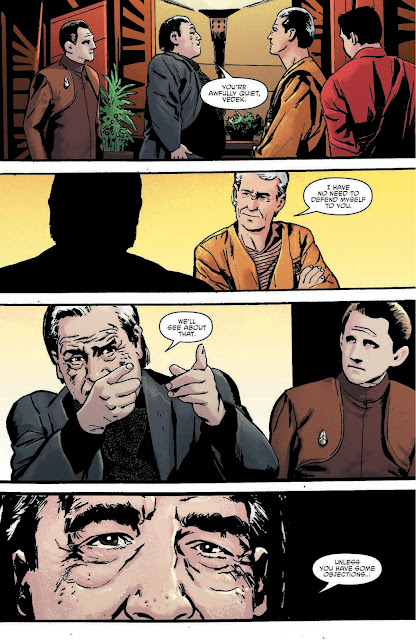 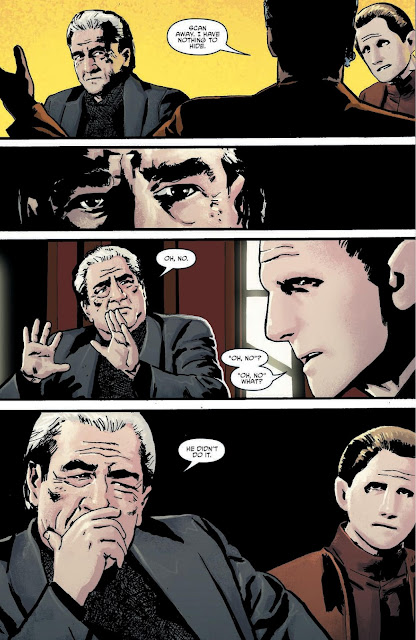 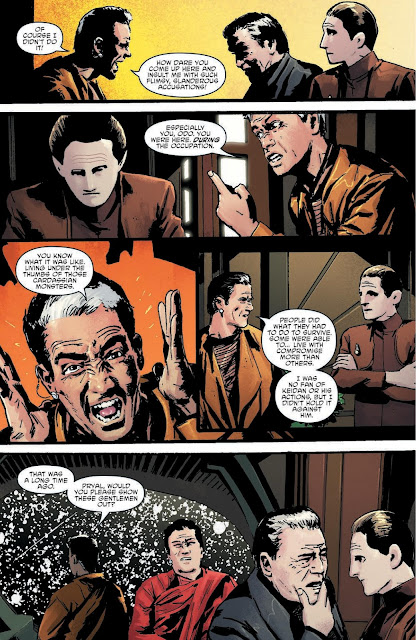 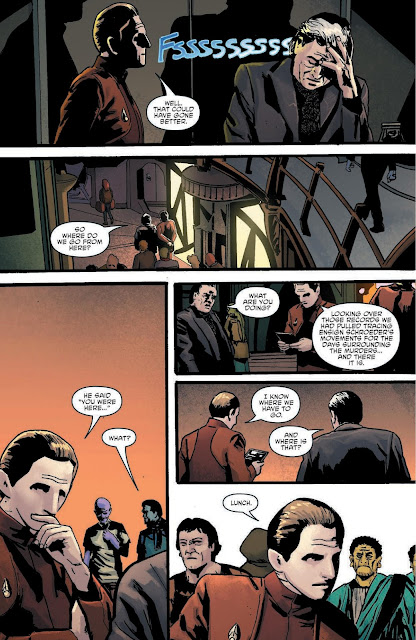 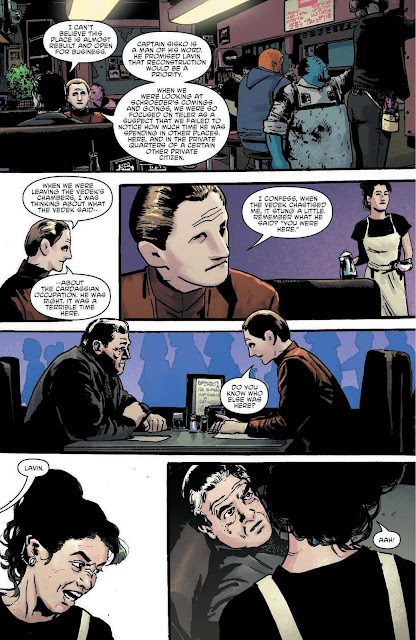 You can continue reading the rest of the book by picking up a copy at your local comic book shop, or from online retailers like these: Ebay(ad), Things From Another World(ad), Forbidden Planet(ad), Amazon(ad).

Or if you're happy to wait to read the whole series at once, the omnibus edition(ad) is already up for pre-order, and not too long of a wait either, with an expected December release. The cover has also been updated again recently, now utilising Richardo Drumond cover art from issue three, in an interesting cover-within-a-cover layout, presenting it strongly as a noir book, with DS9 added in the wrap-around frame.