This week brings us the first issue(ad) in IDW's first ever Star Trek: Voyager comic miniseries, Seven's Reckoning(ad), which unusually for an IDW Trek comic has an individual issue title, The End of the Way of All Things. The series is written by Dave Baker, with art by Angel Hernandez, colours by Ronda Pattison.

The story is set shortly after Seven of Nine joins the crew, and this first book in the four issue series sets the scene, introducing an intriguing new alien race. It's also full of rather enjoyable crew banter, including Tuvok's reflections on Captain Janeway's new haircut!

This issue is offered in three different covers: Either the A cover(ad), featuring Seven and Janeway, which is also by Hernandez, with colour from Charlie Kirchoff. Or the B cover(ad), which is a photo-cover, featuring Seven of course. Or my personal favourite, the beautiful, but alas rarer, retail incentive cover(ad) by Jeffrey Veregge, who brings together key iconography of Seven's history in a striking image.

Continue below to check out a five page preview, and all the covers for this first issue. 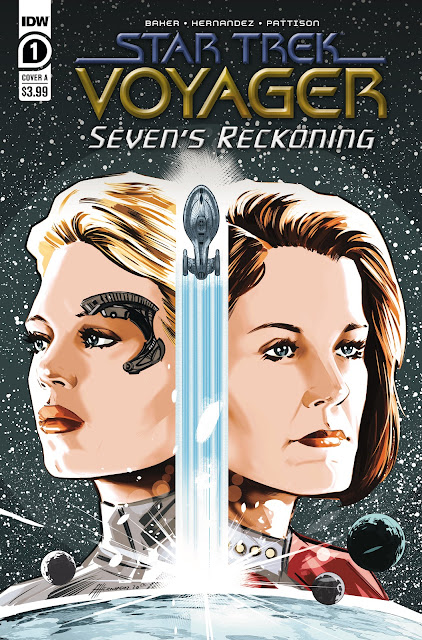 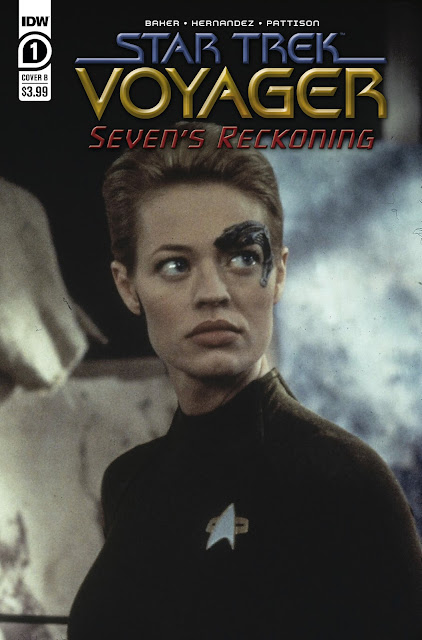 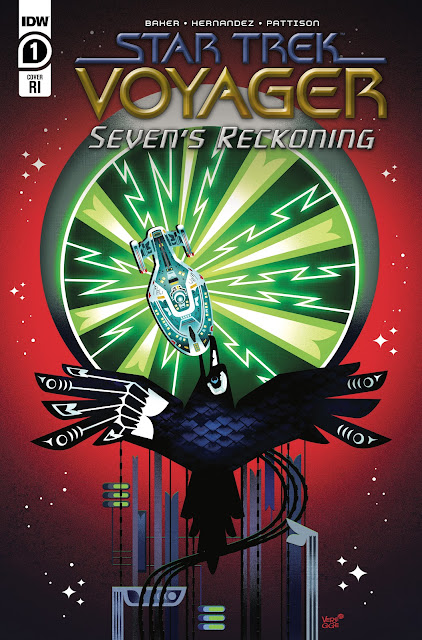 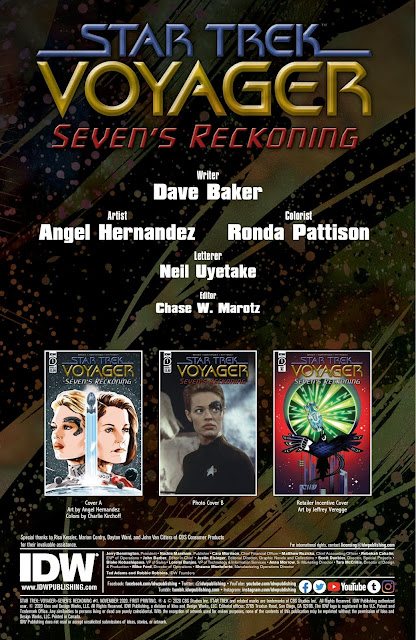 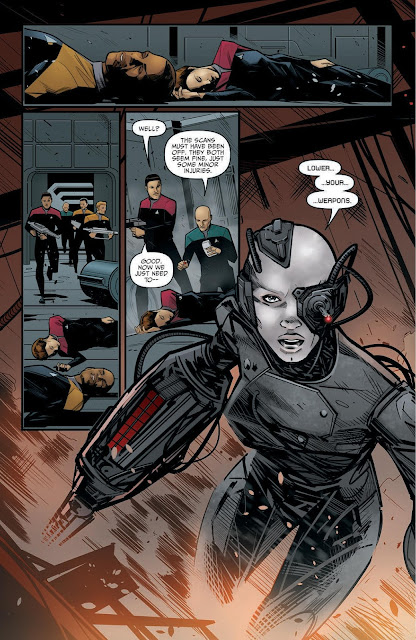 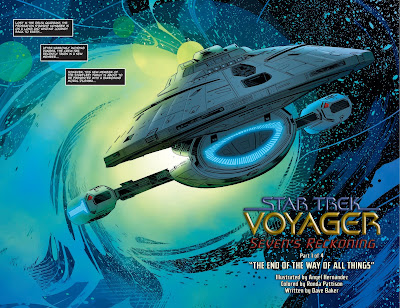 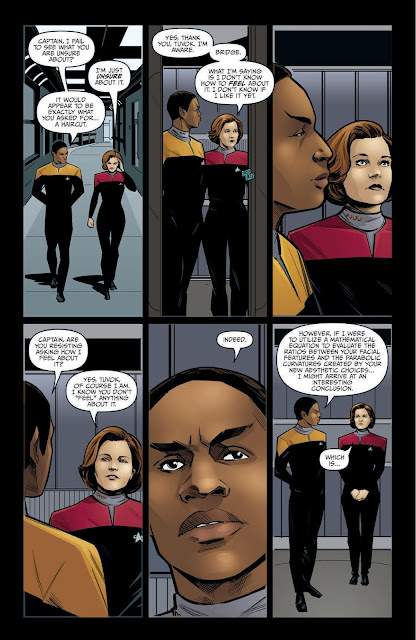 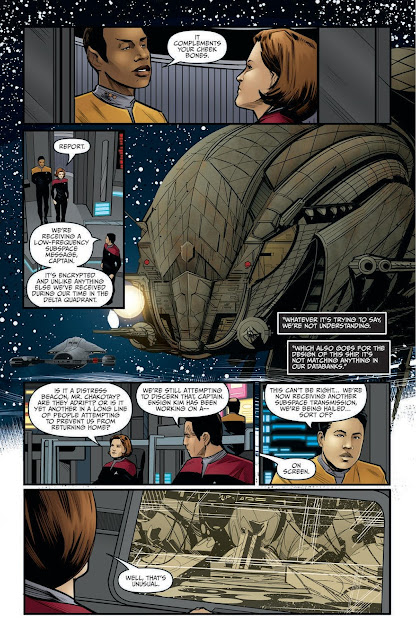 You can continue reading the rest of the book by picking up a copy at your local comic book shop, or from online retailers like these: Ebay(ad), Things From Another World(ad), Forbidden Planet(ad), Amazon(ad).
You can also see a little of how this issue's cover was created thanks to colourist Charlie Kirchoff, who shared this cover artwork minus the titles. If you check out their original tweet you can also see the artwork before the colour was added. 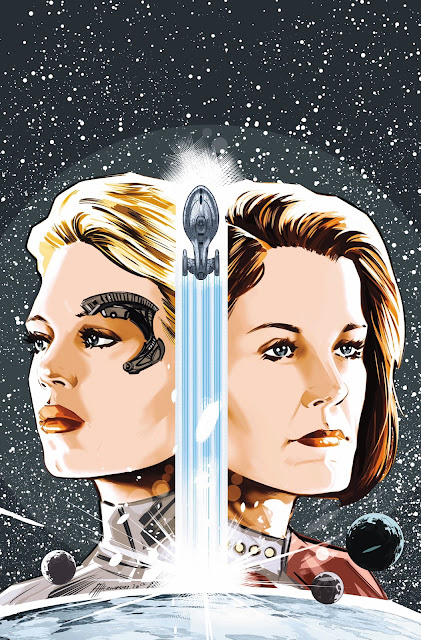