IDW have been busy releasing cover art for several forthcoming releases - Quite when they'll be forthcoming remains uncertain, while we await the rescheduling of Star Trek comics releases beyond the current Covid-19 publishing pause - Continue below to check out the latest TOS, Picard, TNG, and DS9 comic updates:

First up, a vividly brutal Klingon cover  by Stephen Thompson for issue fourteen of the TOS Year Five series. This will be part-two of the Klingon-focused story Guide of Fire. 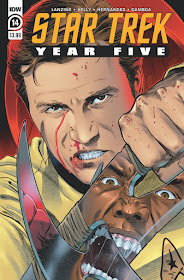 Another recently revealed cover is J.J. Lendl's retail incentive cover for issue twelve, the latest in the series of travel poster variant covers: 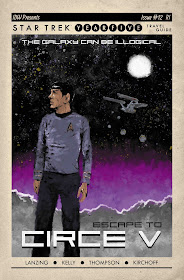 In other news from Year Five, artist of several issues, Silvia Califano, has shared some of her character design work recently, giving us an interesting look at possible directions considered, including the TOS TV-era Klingon Bird of Prey seen in issue six: 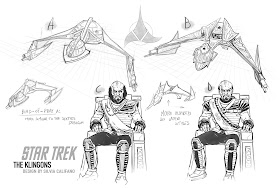 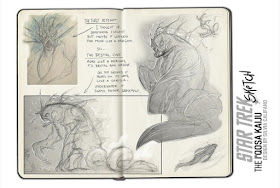 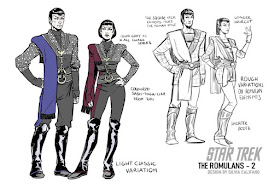 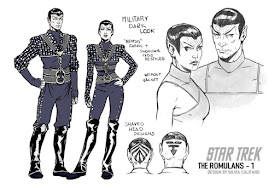 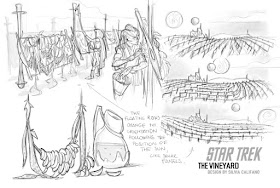 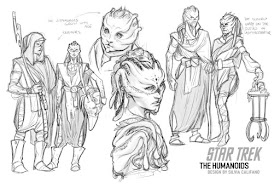 You can see more of Silvia Califano's work on her blog and DeviantArt portfolio.

Further newly revealed covers are for the new DS9 miniseries, Too Long a Sacrifice. Ricardo Drumond's A covers for issues one and two build upon the noir stylings of the series, and both feature Odo. Interestingly the first issue features Odo in his Occupation era outfit. 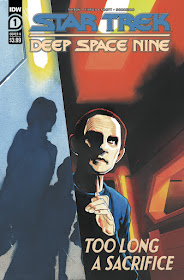 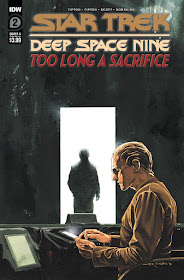 Another new cover seems to be on the way for the Picard: Countdown omnibus. Online retailers are now showing this new cover featuring the older Picard. A curious choice, as the prequel series is set entirely in the period before Picard left Starfleet, and this seems to be brand new artwork just for the omnibus, replacing the various other Picard-in-uniform covers used for individual issues. The vagaries of marketing eh? This is currently due to arrive late June. 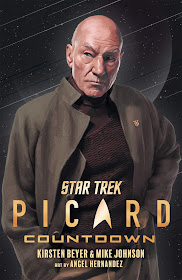 Finally some artwork from another Picard themed project, the bonus comic TNG comic Sky's the Limit, from the Picard Movie and TV Collection bluray set released last year. Artist Carlos Nieto has shared his artwork from the book, on his ArtStation portfolio (see previous report for preview pages from the book): 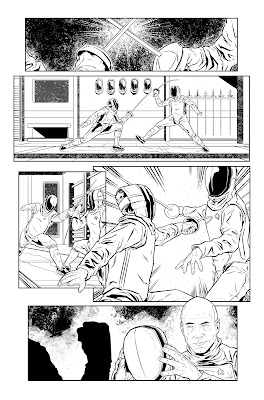 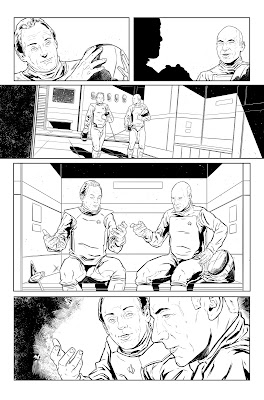 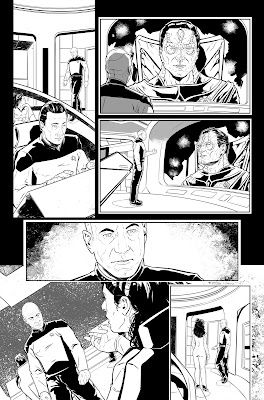 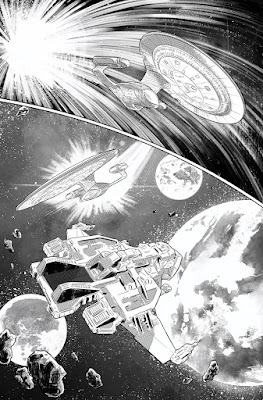