Got a couple of sets of preview pages for two very different forthcoming books from Eaglemoss today; their latest starship Illustrated Handbook, and a new concept... 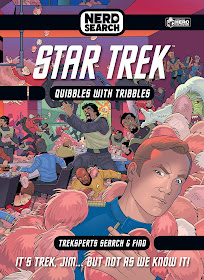 Due out in June is Nerd Search - Star Trek: Quibbles with Tribbles. This is a sort of Where's Wally for seriously detail oriented geeks. The latest blurb gives a good idea of what's involved:


Think you know Star Trek, the original series like no fans has done before? Well boldly go and take up our unique puzzle challenge!

It's a puzzle book, Jim, but not as we know it. This is no conventional 'search-and-find.' Each of its detailed, full-color pages is packed with out-of-context items and cosmic continuity errors that only a true fan can spot. It would be illogical to resist this challenge, when the accuracy of the whole Trek universe is at stake.

Captain Kirk, Mr Spock and the Enterprise crew have discovered that a series of exploding tribbles have been hidden by the Klingons in locations visited by the Enterprise. Kirk and his crew must seek and find each exploding tribble. At the same time, fans must spot items from every story in The Original Series, also concealed in the pictures. This is next-level Where's Waldo for adult fans, plus a chance to save the galaxy into the bargain!

The book opens with an article exploring the grand tradition of fans spotting continuity gaffes in the world of Star Trek. Then this is followed by an explanatory spread telling the reader how to use the book. A feedback session at the back clears up all quibbles with tribbles and debates about the non-interference directive!

They've released three preview spreads to give an idea of how this all works. As I'm sure you can see, there are some obvious things to spot, but it's quite a challenge to find everything out of place: 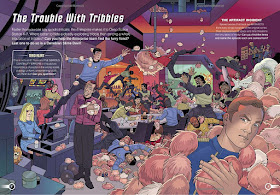 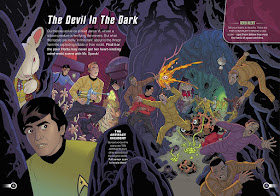 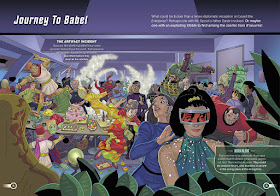 The introductory pages, which have also been previewed, give a more extensive explanation of what this book is all about, including a listing of the featured episodes: 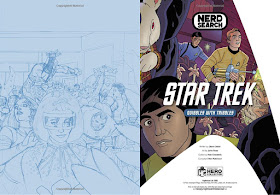 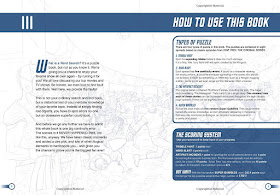 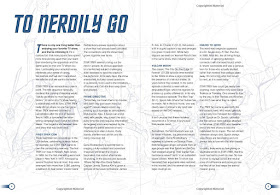 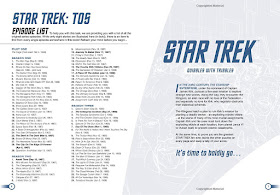 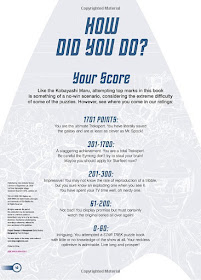 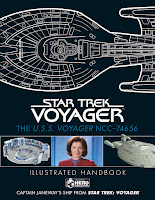 Eaglemoss' more familiar fair is of course starship orientated, and their next ship book in that area is the USS Voyager Illustrated Handbook, the latest in the series collecting and re-presenting the image-rich content of the long out of print Star Trek Fact Files to create indepth technical manuals for the main series ships. This book is due out in May, and several preview pages are now available to give us a sample of what's inside (alas not showing off any of the cool location cutaways that are the highlights of these books). Check them out: 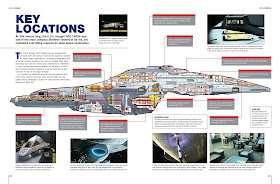 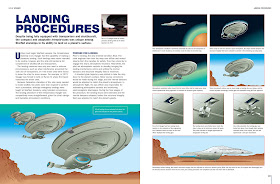 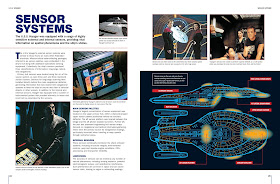 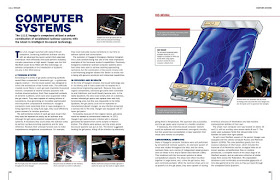 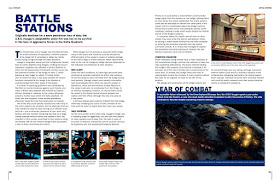 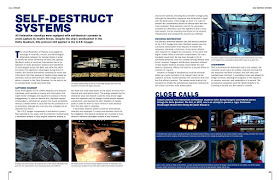 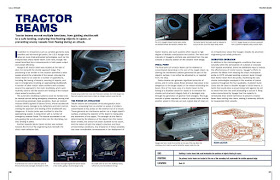 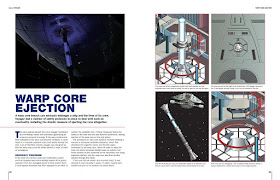 I previously posted a few other preview pages from this book, including the full contents list, which obviously gives a nice overview of what the book offers.


To keep track of all the latest releases, hit the books button on my 2020 schedule page. You can also find series reading lists and author bibliographies on my dedicated Star Trek lists site.