Discovery season 3 teaser, plus behind the scenes round-up

Discovery season three is coming some time this year, as recently reaffirmed in this new teaser for the season released by CBS:


Hopefully not too long to wait, although I wouldn't mind a longer wait if we get Lower Decks first as some summer fun.

A few members of Disco cast and crew have been sharing behind the scenes snippets online recently. Continue below to catch up:

Production Assistant Cornelia Audrey recently shared this photo on Instagram of herself with producer/director Olatunde Osunsanmi on the Disco sets, noting "That’s a wrap on Star Trek Discovery Season 3". She also had lots of warm words about Osunsanmi, praising his work on the show, check out her original post for the full tribute. 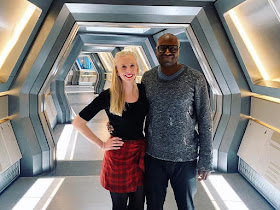 Dipping back in time (I assume) to last season, here's Sonequa Martin-Green (aka Michael Burnham) in costume, as captured by costume designer Gersha Phillips: 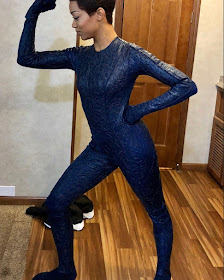 Make-up artist Shane Zander shared these photos giving us a really good look at one of the Klingon prosthetics from season two: 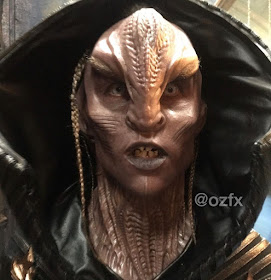 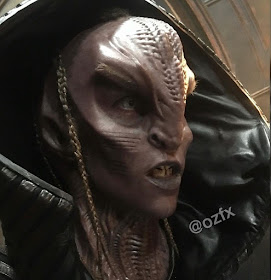 And finally another member of the make-up team, Whitney B., shared these photos of silicon hands (with a reminder to wash yours) that she worked on for the series - I think they're Saru's: 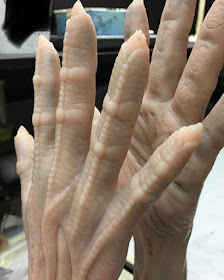 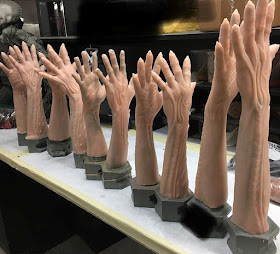 Discovery will return sometime later this year, and will be available on CBS All Access in the US, Bell Media services in Canada, and Netflix in most of the rest of the world. To keep track of all the latest Discovery news, have a look back through my Discovery tag, for previews, behind the scenes, tie-in fiction, and other merchandise updates.