Ahead of the release of the next episode of Picard, CBS have released another collection of stills. There are also some new episode descriptions, behind the scenes photos, and promo art. Continue below to check out the latest:

This week's episode is Absolute Candor, which is set to introduce us to Elnor (space-Legolas) the Romulan, one of the last major characters from the initial promo to join the show. There are new descriptions up for both this and the next episode. You might want to skip past the quoted sections if you don't want spoilers:


In the fourth episode of Star Trek: Picard, Picard’s search for Bruce Maddox takes a detour to the planet Vashti, where Picard and Raffi relocated 250,000 Romulan refugees 14 years earlier. He’s reunited with Elnor (Evan Evagora), a young Romulan he befriended during the relocation who now feels Picard betrayed his people. "Absolute Candor" was written by Michael Chabon and directed by Jonathan Frakes.

Episode five, due next week, is Stardust City Rag:


The La Sirena crew begin an unpredictable and lively expedition on Freecloud to search for Bruce Maddox. When they learn Maddox has found himself in a precarious situation, a familiar face offers her assistance.

CBS have released several new images from Absolute Candor, focusing on Elnor, and Picard's visit to Vashti, plus a handful of the other main characters: 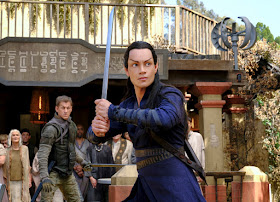 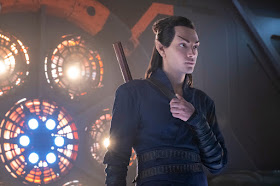 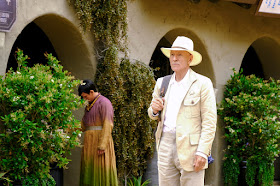 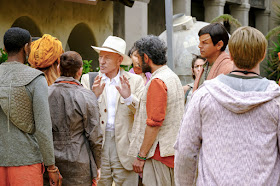 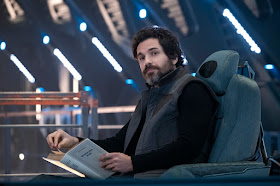 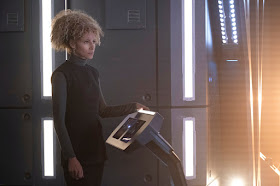 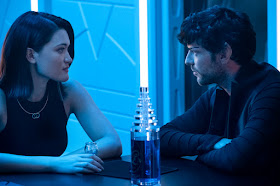 CBS have also tweeted a couple of behind the scenes photos from the first episodes, showing us actors Michelle Hurd and Patrick Stewart and showrunner Michael Chabon on location on Vasquez rocks: 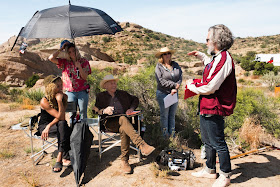 And director Hanelle Culpepper at work on the Borg Cube set: 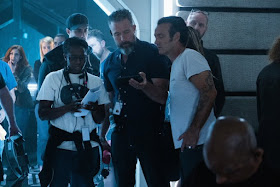 Also new on the show's social media are graphics to prompt discussion on reveals from the show so far. This quite striking one solicits thoughts on the Synth ban: 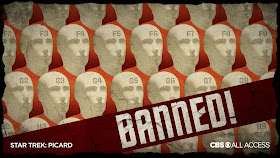 While this prompts reflections on who Soji and Dahj really are: 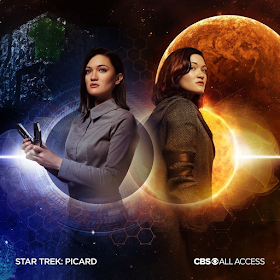 
From Borg drone to fearless leader. Meet @JonathanDelArco. #StarTrekPicard
A post shared by Star Trek on CBS All Access (@startrekcbs) on Feb 7, 2020 at 5:25pm PST

Finally today, CBS have released a few clips from the previous episode, The End Is The Beginning:


Picard is available now on CBS All Access in the US, Bell Media services in Canada, and Amazon Prime Video in most of the rest of the world.