CBS have released a trailer for the seventh episode of Picard, Nepenthe, which promises to give us plenty of exciting Borg Cube action, and the return of Riker and Troi. Here's the blurb:


Picard and Soji transport to the planet Nepenthe, home to some old and trusted friends. As the rest of the La Sirena crew attempt to join them, Picard helps Soji make sense of her recently unlocked memories. Meanwhile, Hugh and Elnor are left on the Borg cube and must face an angered Narissa.

Check out the trailer (via Nación Trek's upload here, or on StarTrek.com):

As ever, there's also a clip from the next episode in this week's edition of The Ready Room. The show otherwise features interviews with Jeri Ryan and Rod Roddenberry, and a couple of featurettes on the Borg (check it out here, or on StarTrek.com, Facebook, or Instagram):

For more in depth discussion on the production there's also the excellent Deadline podcast, which this week has executive producer/writer/director Akiva Goldsman and director/actor Jonathan Frakes on to discuss the latest episode and more.

CBS have also released a few more stills from the episode, from the moments after Picard and Soji meet: 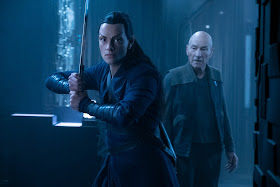 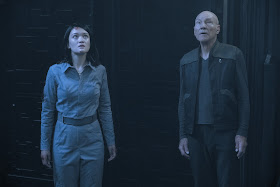 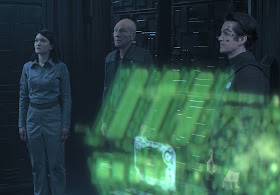 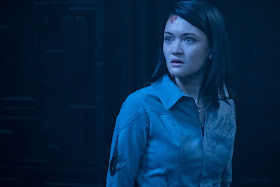 Looking back to last week's Stardust City Rag, the Picard social media channels have delivered another fun travel poster, for Freecloud of course: 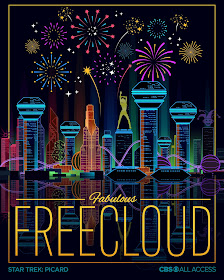 And CBS have also released several clips from the episode: