After several waves of TOS characters, Mego are now branching out to The Next Generation, with their eighth wave of revival action figure releases including two TNG characters; Captain Picard, and Data. According to Entertainment Earth, who have them up for pre-order, these could be here as soon as next month. At the recent New York Toy Fair Mego gave us their first look at these new figures, and thanks to Mego Museum, we can see them too: 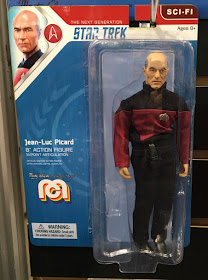 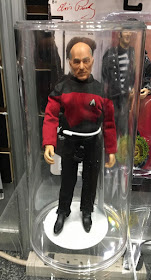 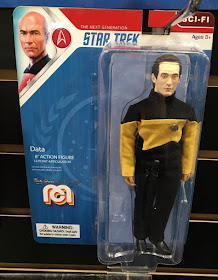 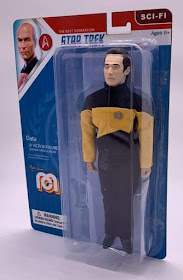 On Facebook Mego Museum also confirmed that wave nine will include a Q figure. This was on show at the Toy Fair, but no one seems to have got a good photo of it. You can just make it out among the wider display in this photo form Plaid Stallions. The bottom shelf also seems to have a reproduction of the classic Mego bridge set, so presumably that's on the way back too. 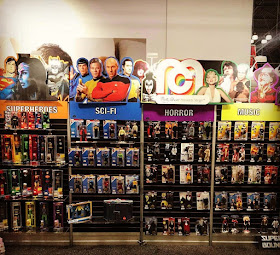 Looking back to the last wave of releases, Mego tweeted a little look behind the scenes, showing their sculpt for the Wrath of Khan Khan figure releases last year. 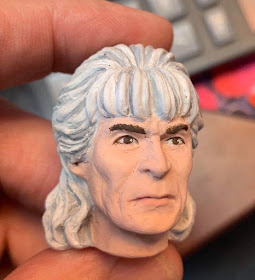 Finally, some fun, check out these amazing photos by MikeAndJay of various Mego figures in perfect sets. They've shot loads of different scenes, this is just a small sample of what you can find on their Twitter: 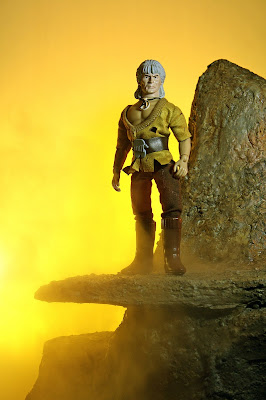 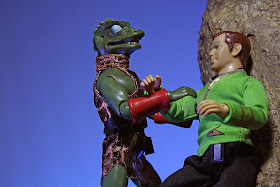 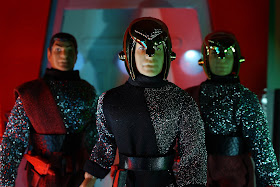 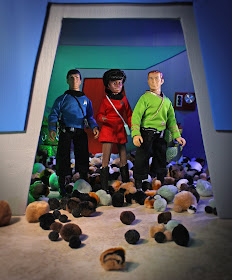 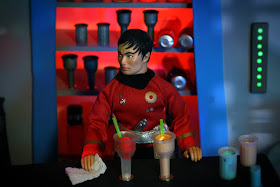 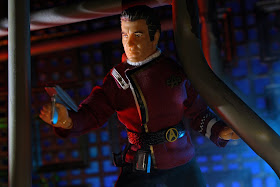 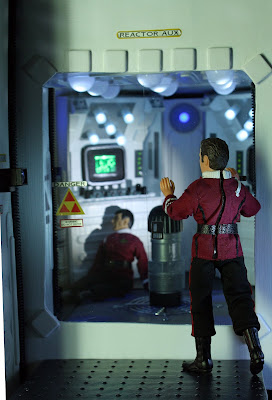 For details of other forthcoming Star Trek toys, click the "Models, Toys, and Games" button on my 2020 schedule page.