The Q Conflict #5 covers and preview

Out this week is the fifth issue of The Q Conflict, IDW's big multi-series crossover event, which as ever is brought to use by writers Scott and David Tipton, with David Messina returning after an issue off to pencil, with inks by Elisabetta D’Amico.

The cliffhanger ending involving the Prophets from the previous issue is wrapped up with surprising ease, leaving the multi-series crews able to deal with Borg for this issue's troublesome task. Thankfully Borg joining the adventure mean a nice selection of Borgy covers for this issue. Once more David Messina (and colourist Alessandra Alexakis) brings us both the A and B covers, forming a diptych featuring all the series ships facing a Borg cube. George Caltsoudas's latest retail incentive cover is a real highlight though, featuring an almost liquid Borg Queen, with other villineous aliens lurking in her shadow. 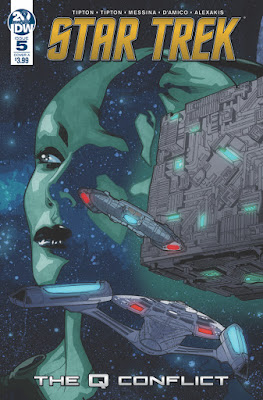 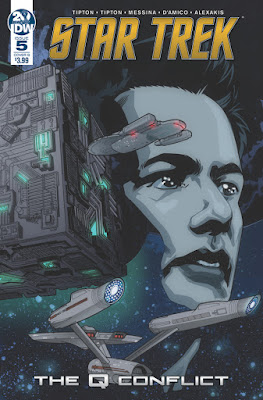 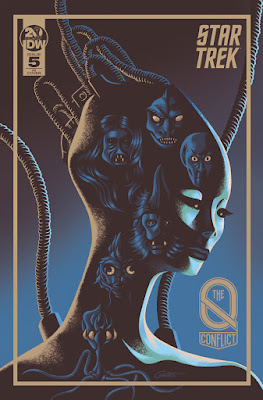 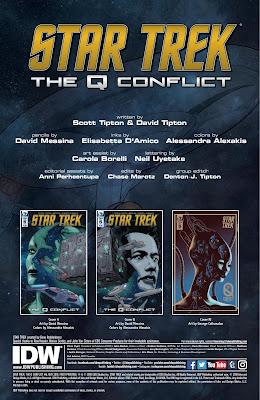 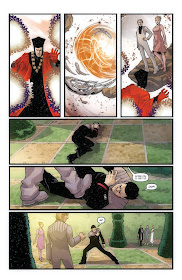 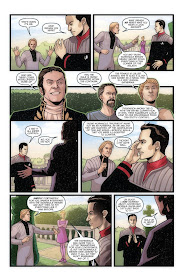 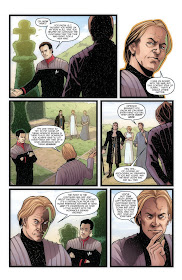 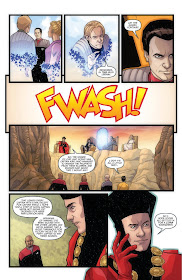 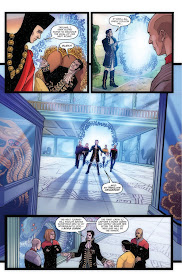 You can continue reading the rest of the book by picking up a copy at your local comic book shop, or from online retailers like these: Amazon, Things From Another World, iTunes. Or if you can wait until October, the omnibus book for the series is already available to pre-order!

Meanwhile another omnibus is out this week, the Star Trek vs Transformers crossover. It appears IDW are offering two variants of this: The regular release features Philip Murphy's pinkish cover art of Optimus Prime and the USS Enterprise, originally used for issue four in the series. But there's also a convention exclusive variant featuring Derek Charm's pleasing take on the TAS promo art image, with added Optimus Prime, which was an issue one variant originally. 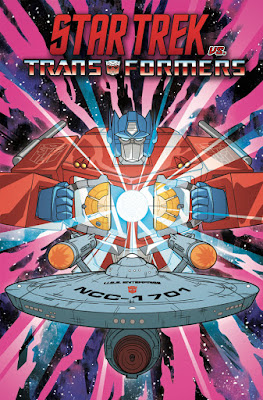 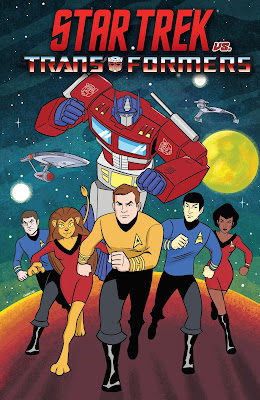