Ships of the Line 2020 preview

With the recent reveal of the 2020 Star Trek calendar range, there was one calendar awaiting finalised artwork, my personal favourite every year, Ships of the Line. Well fear not starship fans, distributors Andrews McMeel Publishing have updated there listings to reveal both covers and some interior previews. Continue below to check them out: 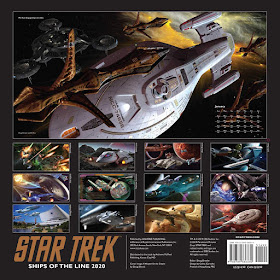 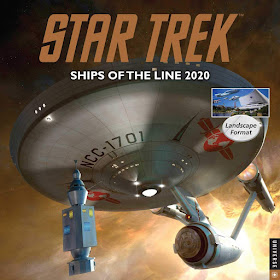 It's a nice diverse offering this year, including a fairly decent offering of non-Starfleet ships, and a really cool cutaway centerfold. Surprisingly no Discovery made it in this year though.

I've had to squint a bit to make out some of the names of the artists, but I'm fairly sure I've figured out everyone involved. So if you can't quite make them all out, here's what I spot on the covers:

The current preview pages for the interior frustratingly only offer half of two spreads, but at least give us a closer look at those: 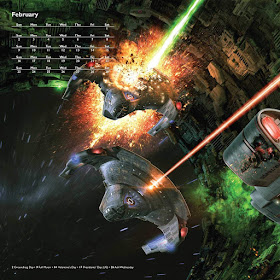 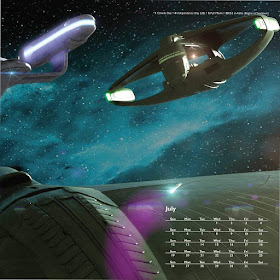 But Bill Krause at least gives us a more complete preview, as I previously reported, sharing his work for the calendar on Facebook:

UPDATE: Here's another more complete preview, from Jeff Summers, who shared his image from the calendar with the Star Trek: The Art of Miniatures, Props, actors, writers and composers Facebook group too:

If you're eager for a closer look, we've got a little wait yet; Ships of the Line 2020 is currently expected to arrive in August. To check out the other 2020 Star Trek calendars on offer, see my previous report.