Discovery: An Obol for Charon previews, and other screen-Trek updates

Got a few updates from Star Trek on screen (TV and film), below, starting with the latest previews for the next Discovery episode,  An Obol for Charon. Here's a great trailer for the episode; looks exciting! (You can also see it a bit higher res on StarTrek.com)

CBS have also released several new images from the episode, which highlight the introduction of Rebecca Romijn as Number One, and the very welcome return of Jett Reno. 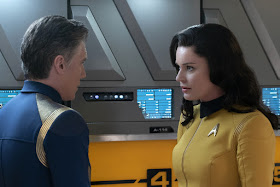 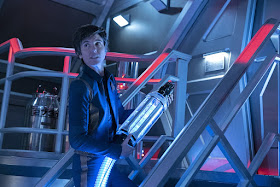 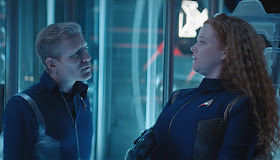 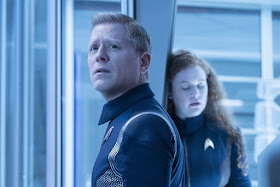 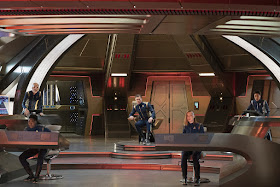 These join a couple of previously released images from this episode, focused on Number One: 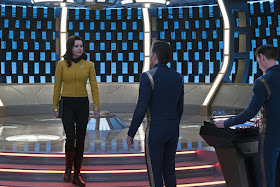 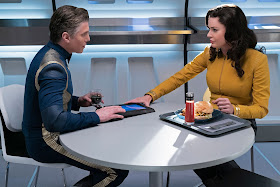 CBS have also released an extra image from last week's Point of Light: 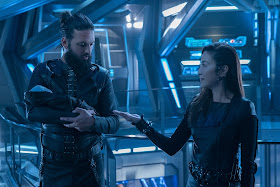 Michelle Yeoh is the focus of CBS's latest behind the scenes video too; enjoying her time as Emperor come Section 31 agent Georgiou (also available on Instagram if you're geolocked out of this version):

We got a little update on the Section 31 spin-off show from Alex Kurtzman, who gave a pretty firm idea of timing for the start of the series when talking to ComicBook.com:


Well, Erika [Lippoldt] and Bo [Yeon Kim] are writing it now, so we're breaking story now, and they're amazing, and they're a big part of Discovery, so they're on our staff too. So they're doing double duty this year, and our hope is that we will have a script in the next couple months, and then as soon as Discovery Season Three is over we're rolling right into that show. That's my hope.

Kurtzman also revealed this is a series that has been in mind since before Discovery even aired:


In season one, Michelle came to me and said, 'Let's do a spinoff of this character.' And I took a minute, because it was clearly such a brilliant idea, except the series hadn't aired yet. No one had seen even season one of Discovery, so nobody really knew, and we didn't, if it was going to be successful or not. So the minute it became successful, we started that conversation.

Another note on future Trek comes from Patrick Stewart, who when talking to Red Carpet News (as TrekMovie spotted), noted the new Picard series might already have three years of story in mind:


Oh lord, we are set up for possibly three years of this show

Anywho, back to Discovery, this week's episode of the new companion show, The Ready Room, was much longer than last week's first attempt; featuring a long interview with Mary Chieffo, and a few behind the scenes clips too. You can watch on Facebook, or right here:

Several members of the Disco cast also appeared in the latest episode of Carpool Karaoke. Which is available on iTunes. Here's a trailer:

But better yet, here's there excellent and very appropriately cast cover of Rent's Seasons of Love:

If you love musical theater AND @startrekcbs you better stop reading and just smash that play button.

Finally, shifting to movies, the Stardate Collection of the prime timeline movies has just been reissued this year, on DVD and bluray, and features rather glistsy new cover art. Check it out: 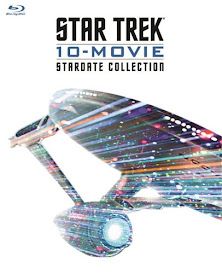