In a Klingon double whammy, QMx have released their new Worf sculpture and Klingon emblem badge this month. Continue below for lots of new images and details of both.

The Worf model is the second character release in their Star Trek Mini Master's range, following the previous Locutus figurine. Like that release this was also to be offered as one of the items in Loot Crate's Mission Crate, although said crate is so far behind schedule that QMx's individual release now has ended up coming ahead of it's originally planned debut in the crate!

The plastic sculpture is at 1:12 scale, making Worf about six inches tall, and it posed dramatically with bat'leth raised high, ready to make a killing blow on one of his opponents. 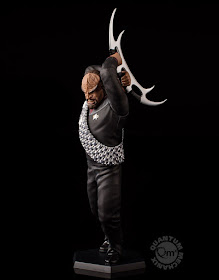 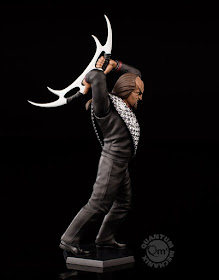 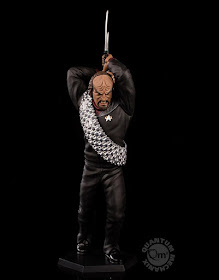 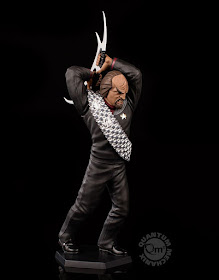 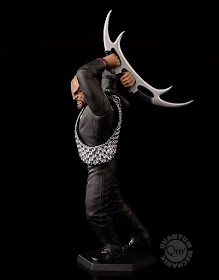 If you care to align yourself with the Klingon Empire, then QMx have also just released the latest in their range of Star Trek insignia badges, a glorious punchy red version of the Klingon trefoil. Like most of QMx's other emblems, this features a magnetic clash, so not to dishonour your clothing with pin-holes. 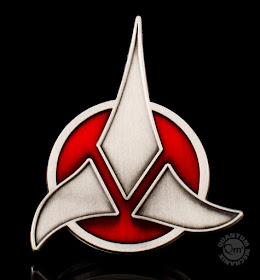 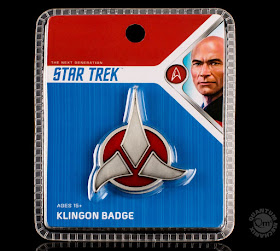 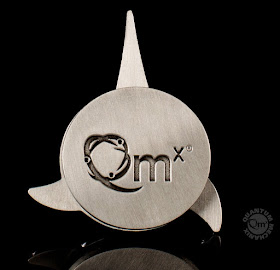 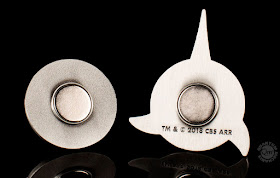