The New Zealand Mint have issued the second in their series of Star Trek silver miniatures, and have gone a whole new direction this time, with a little silver model of the USS Enterprise. 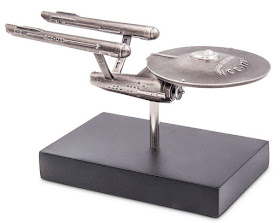 This follows the previous silver sculpture of Captain Kirk; so who knows where they might go next if the series continues. The Enterprise is cast from 150g of pure silver, and the 4cm tall model will set you back $550! Just 1000 of them are being cast. Continue below to check out a 360 video and the packaging: 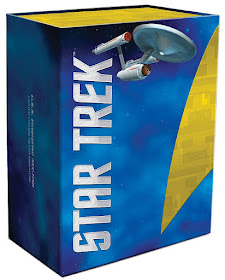 This is the second solid silver rendition of the Enterprise in as many years, with the Royal Canadian Mint putting out a rather flatter, but still distinctly Enterprise shaped, coin version of the ship last year.

New Zealand Mint are the latest mint to join the world of Star Trek; they seem to enjoy making things out of silver, although so far no coins oddly, with the miniatures series sitting alongside a series of coin-notes, and silver poster reproductions.