Three of the current Star Trek coin licensees have got new releases out, celebrating The Original Series' ships and The Motion Picture poster. Continue below to check them out.

But first, the Royal Canadian Mint are about to release a crazy cool coin version of Deep Space 9, flattening the station down to a disc, with the spaces between the rings and bridges having printed spacey sections, featuring the USS Defiant and the wormhole - There are printed sections on both sides of the coin, which is apparently a first for the Canadian Mint. What makes it really distinctive though is that the coin is minted in the shape of DS9's outer ring, with all the little docking port notches all around the edge. 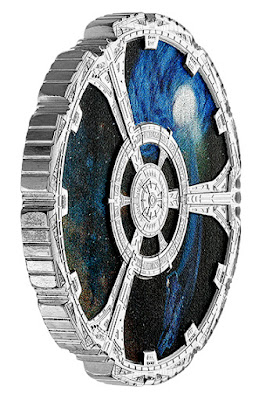 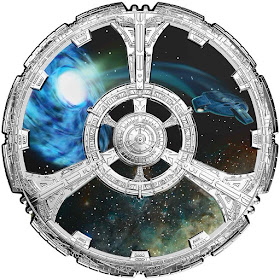 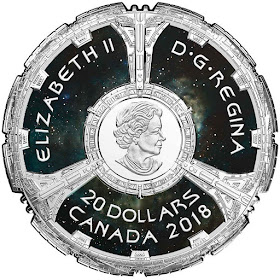 Like most recent Star Trek coins, this has been minted in silver, 30.75g; in this instance is has a face value of twenty Canadian dollars. It's a mintage of 4500, and is available from the end of the month. Here's a video showing it from every angle:

The coin comes with a nifty display stand that makes appear to float in mid-air. The unboxing video below gives a good idea of how that works: 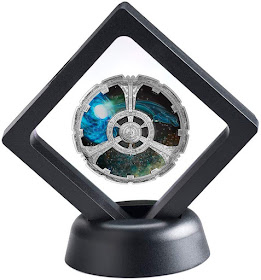 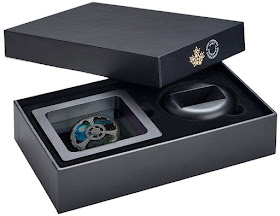 The Royal Canadian Mint seem to enjoy giving us innovative joins, with previous releases including USS Enterprise and Starfleet delta shaped coins, and a coin with glow in the dark printing. See my Trek Collective list for a look at all their previous Star Trek releases.


Meanwhile from the Perth Mint we have the latest in their range of Star Trek coins, and this one is all about ships. Featured on the new coin are the ships of TOS, specifically the USS Enterprise, Romulan Bird of Prey, and Klingon battlecruiser. Like most of Perth Mint's coins, this features colour printed sections, in this case giving a different spacey background to each ship - I think this is possibly Perth Mint's best design to date, but I am a bit biased toward ship-stuff! 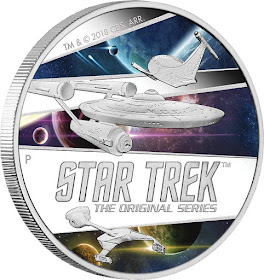 The other side of the coin, as ever, features Queen Elizabeth the second, and identifies this as being a coin with face value of two Tuvalu dollars. However these are being made from two ounces of silver, so the material value is somewhat higher. 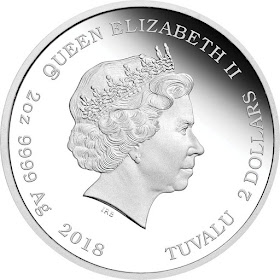 The coin is a limited mintage of just 850, which will make it one of the least available coins Perth Mint have produced. It comes in a communicator-styled display case, with Perth Mint's signature illuminated coin case. And that itself comes in a box resplendent with images of the ships featured. 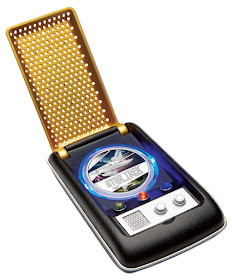 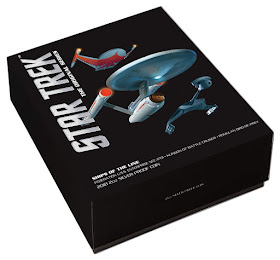 For a look back at Perth Mint's previous Star Trek releases, see my Trek Collective List.


Finally, The New Zealand Mint have just started producing Star Trek items this year, and seem to take pride in creating unusual formats, with releases so far including a series of coin-notes, and a silver sculpture of Captain Kirk! Their latest release is no exception, a silver foil version of the poster for The Motion Picture. This item is 17.5 x 26.2cm, and made from 35g of silver, and apparently has both colour printed and engraved details. Thankfully for something I assume to be rather delicate, it comes packaged in an acrylic display stand. 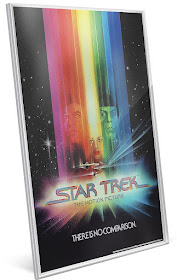 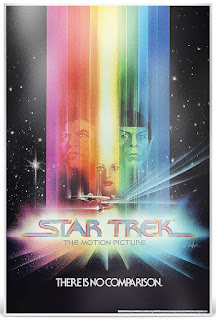 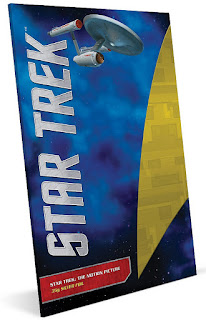