Diamond Select Toys have announced their exclusives for San Diego Comic Con, which include a new cloaked version of their Romulan Bird of Prey. Continue below to check out that, plus news of new ships and reissues coming to the series.

Transparent and translucent variants are becoming a bit of a Comic Con habit of DST's, with this latest release following in the footsteps of the previous clear cloaked Klingon Bird of Prey, glowing orange self destructing USS Enterprise, and interphase green/blue USS Defiant.

Like those previous releases, the electronics have been stripped out of this model so not to leave the wires and circuit boards visible. What has been left though is the distinctive Bird of Prey markings on the underside of the ship (alas it appears not themselves printed in a translucent ink, which might have looked cool!). Just 200 of these are being produced. 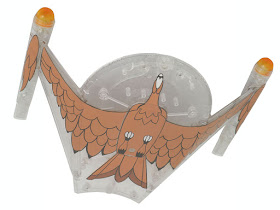 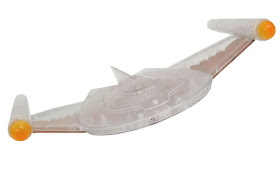 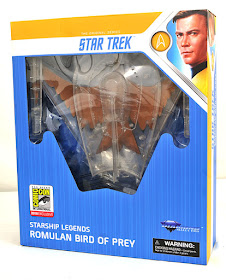 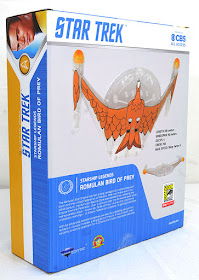 DST have also recently announced that the USS Enterprise-A is going to be reissued this summer. There are no new features compared to previous releases, but it does come in the new-look Star Trek packaging. Here's the announcement video and a few stills:


Welcome to #StarTrek: The RE-Discovered Country! The #USSEnterprise #NCC1701-A returns to stores this summer in a new edition, with new packaging but the same great quality! Pre-order through your local store (https://t.co/VpYv2tHWjG), or online at https://t.co/iAPmKNLsfo! pic.twitter.com/DTzcmJYdQg
— Diamond Select Toys (@CollectDST) June 27, 2018 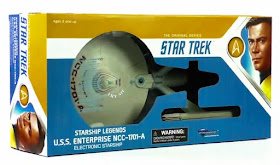 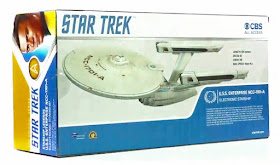 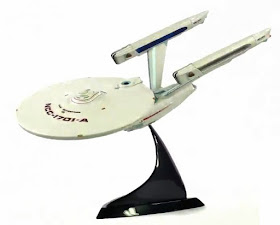 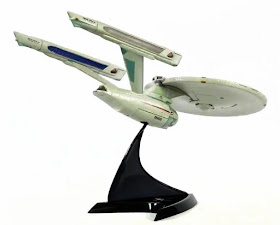 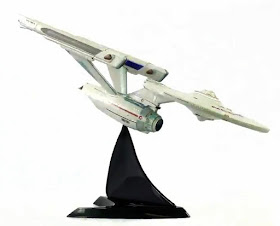 DST have previously suggested they have a new ship due for release soon, coming before the long awaited USS Reliant. But fear not if you thought this variant and reissue might be what they are counting as "new"; responding to comments when they posted the above video on Facebook they note several new items in the works, including another new ship!


Three new action figures, two new ships and a variant that will come out before the Reliant...

In another comment they also noted that the TV era TOS USS Enterprise will also be reissued again some time soon.

For a run-down of all the previous DST Starships Legends releases, including all the variants, see my Trek Collective List.