Model kits updates: New announcements and releases from Round 2 Models and Moebius Models

First up the big news comes via Round 2's booth at WonderFest, where they have revealed plans for a potentially large range of Discovery kits. The USS Discovery at 1:2500 scale is expected to be the first release, coming some time in 2019, but many more options are being considered... 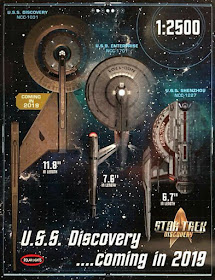 Round 2 have been asking attendees of the convention to weigh in with what should follow, with the Discovery, Shenzhou, and Enterprise, all being considered for releases at 1:2500, 1:1400, or 1:1000 scale. If the largest scale kits went ahead, that could result in an impressive 29.5 inch long model of the Discovery! Images of the display panels here come via Brad Hair and Starship Modeler: 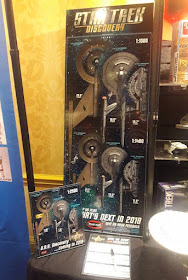 Starship Modeler's album from the both features many kits on display, including a surprise appearance of a runabout; perhaps indicating a reissue of the old AMT runabout kit is imminent? 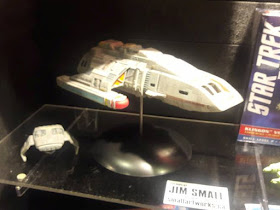 Also on display, seen here for the first time lit I think (and looking very nice from that treatment) is the forthcoming 1:350 scale K't'inga class kit. As of Round 2's last blog update, this kit is expected to arrive a little later than initially hoped, in October. You can see a few more images of this lit model being assembled on another Round 2 blog. 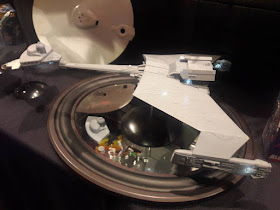 Also pushed back slightly, again via Round 2's latest blog, is the 1:1000 scale USS Grissom and Klingon Bird of Prey, which due to continued refinements is now due in August. This kit will apparently feature box art by John Eaves, which I assume is not that currently being used by online retailers listing it: 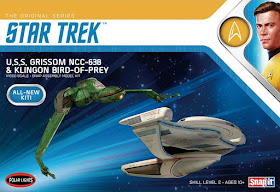 Round 2's latest release is the new 1:1000 scale USS Defiant kit, and that arrived promptly in May. Here's the box art and official built kit image: 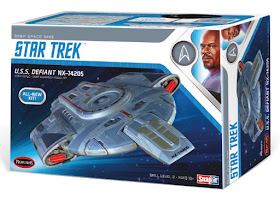 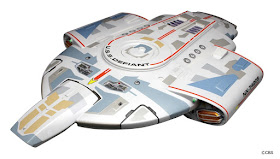 Moving over to the Kelvin timeline, Moebius Models have announced their second Star Trek model kit, the 1:1000 scale USS Kelvin. Cult TV Man broke the news and revealed another bit of box art by John Eaves. Cult TV Man have this up for pre-order and are anticipating a summer or autumn release this year! 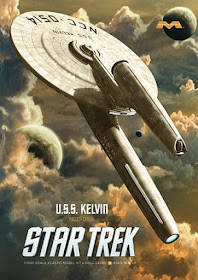 Moebius' first model, the 1:350 scale USS Franklin, started to arrive back in March, and they have released lots of images of a built and painted version to show off the kit: 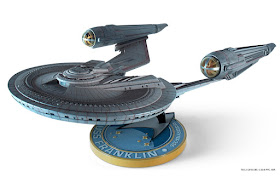 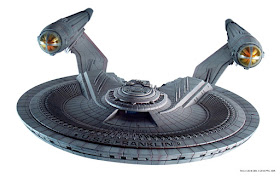 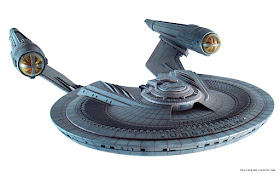 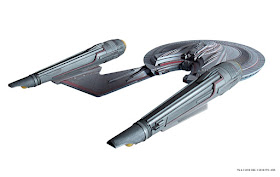 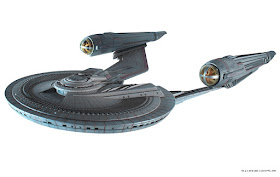 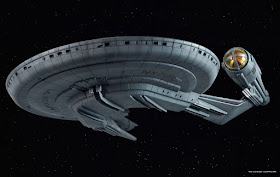 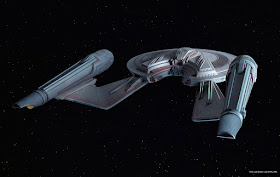 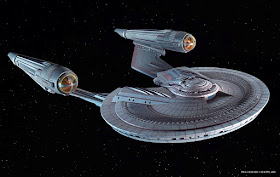 To stay up to date on all the latest Star Trek model kit releases, check my 2018 schedule page.