The Enterprise-D is now a bluetooth speaker

ThinkGeek and Forbidden Planet have revealed Fametek's latest Star Trek gadget, a USS Enterprise-D bluetooth speaker. As well as being a fully functional wireless speaker, it's a decent model of the ship (twelve inches long), and comes with light and sound features.

Sound options include a soothing warp engine thrum simulator! That will play for an hour, before turning itself off. Other sounds include torpedos, going to warp, and "incoming transmission". The lights in the nacelles, impulse engines, and deflector, and be turned off if desired. The battery lasts for 6-8 hours typically, and is recharged by plugging a USB into the middle of the deflector dish! Continue below for a close look. 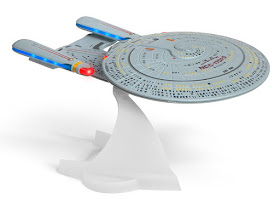 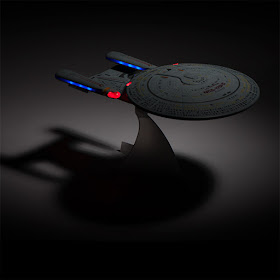 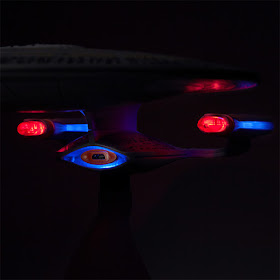 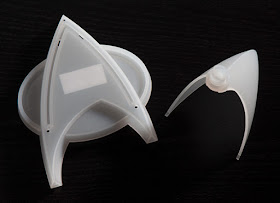 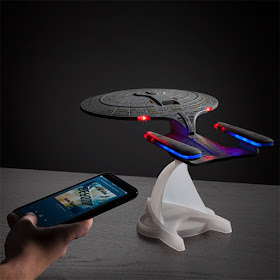 While Forbidden Planet have gone to town photographing the model from every angle! 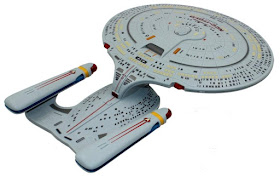 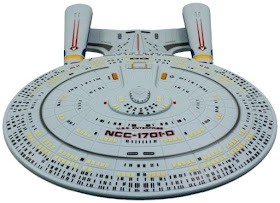 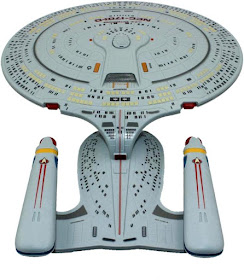 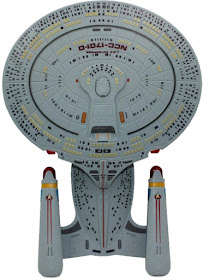 The Enterprise-D bluetooth speaker is available now from ThinkGeek and Forbidden Planet.