QMx have revealed the details of the latest release in their 1:6 scale Star Trek articulated figure range, a Space Seed version of Khan Noonien Singh.

Like all the figures in this series, the twelve-ish inch tall figure includes an unnervingly realistic head sculpt, minutely detailed clothing, accessories, hands for various poses, and a display base. Khan has a slightly more limited range of accessories than previous figures, but he makes up for that in quirkiness, with a crushed phaser included, plus the rod he and Kirk fight with in engineering (an moment you could of course recreate if you can get your hands on one of the already released Kirk figures). Continue below for lots of images of the new figure: 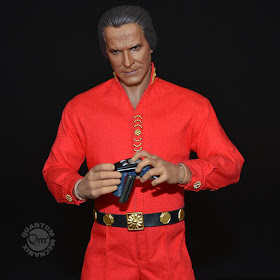 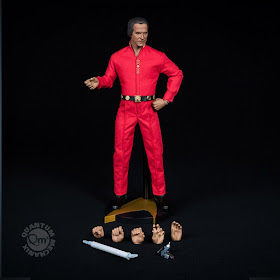 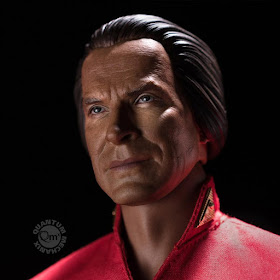 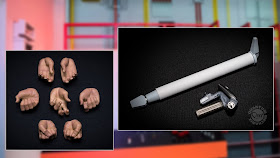 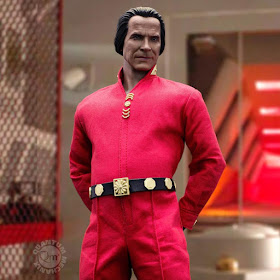 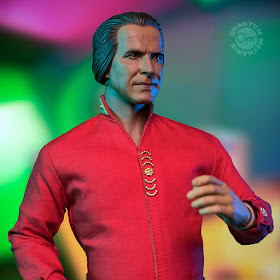 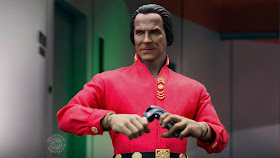 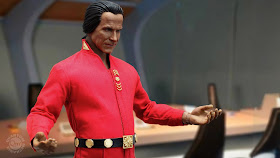 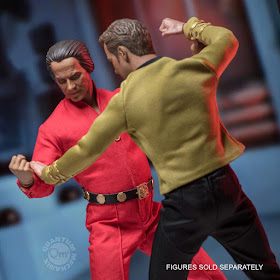 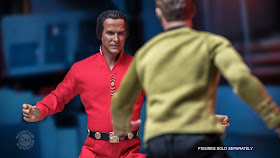 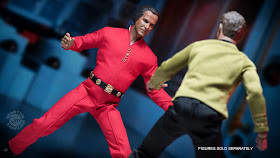 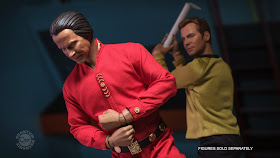 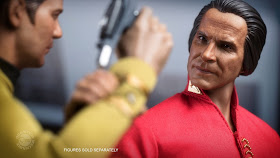 Khan is not actually up for pre-order just yet, but you can sign up for email notification. He is the fifth in the so far mostly TOS range, but QMx have plans for TNG, Wrath of Khan and Star Trek Beyond characters too, as well as more TOS TV-era release. See my Trek Collective List for a look at the series so far.