But we'll start with a look at the just released latest bonus issue in the series, the rather glorious glow in the dark USS Defiant. This is of course a repaint of the the regular constitution class model (no less than the fourth release, following the regular edition, mirror universe, and SS Yorktown), but one I certainly welcome, as the interphase-style glow is a fun novelty. 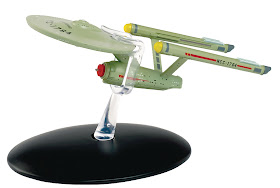 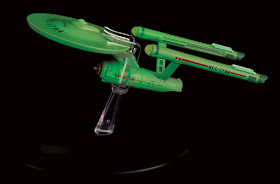 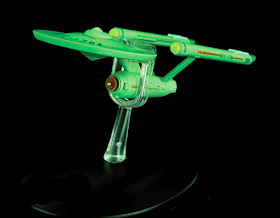 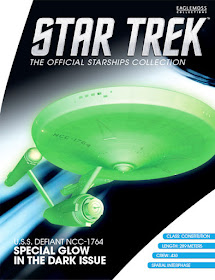 Also freshly released is the third set of shuttles in the series, which includes a workbee (with interior!), travel pod, type 11, and the Argo. Here's a little video showing off the models:

And here's a bunch of photos, via the Eaglemoss shop, featuring both the models and the accompanying little okudagram schematics: 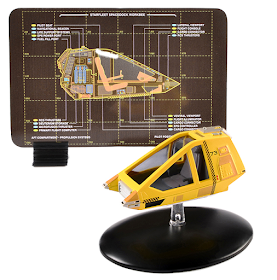 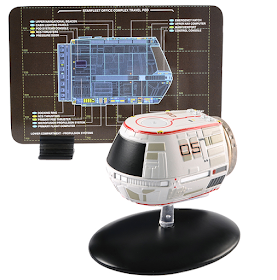 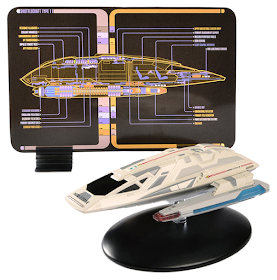 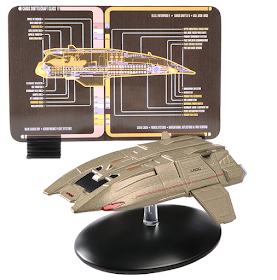 Looking a little further ahead, two new issues have just been solicited. Arriving in the UK market first, in January, issues 115 and 116 will be the Tellarite starship and USS Curry: 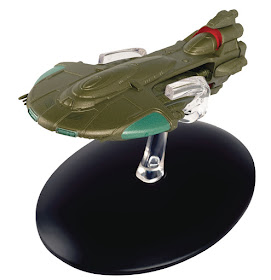 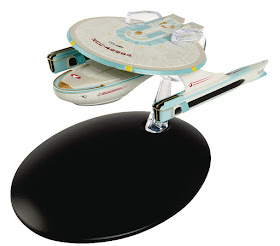 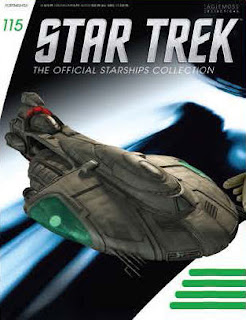 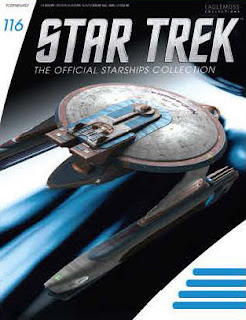 Also among the latest batch of solicitations is the third Designing Starships book - Each book in the series collects behind the scenes articles from previous magazines, plus a little extra content. This edition focuses entirely on the ships of the Kelvin timeline, and has a cool concept-Enterprise filled cover: 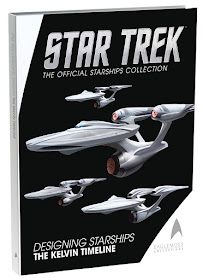 Eaglemoss' Ben Robinson also revealed a couple of little new details in a Tested interview recorded at the New York Comic Con. He suggested both a warship Voyager and assimilated Voyager variants are on the way, and also Rick Sternbach's concept art USS Voyager. Meanwhile the two Ken Adams Planet of the Titans USS Enterprise concept designs (the inspiration for the USS Discovery) remain in limbo due to legal issues. You can see the full video, right here:

In other news, the Discovery spin-off series now has a launch date. As announced by StarTrek.com, the first monthly issues will arrive in the UK on the 18th of January.

There's also a little update on the XL series, which is available by subscription in the US (the oversized ships are only being offered as one-off purchases elsewhere). Initially announced as a monthly series, the website has now been updated to say issues will be released every other month - Which may come as a relief given the price-points of these big models!

Back in the present day, the Eaglemoss ship has been updated with a couple of the most recently released issues, giving us lots more images of the new models. Here's the attack mode variant of the classic Klingon Bird of Prey, issue 107: 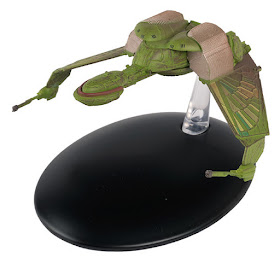 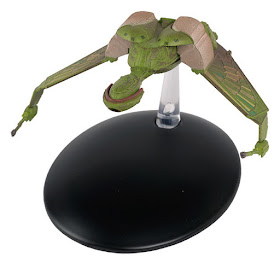 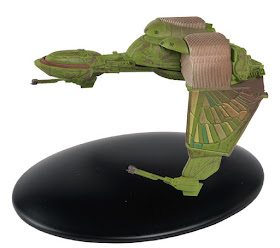 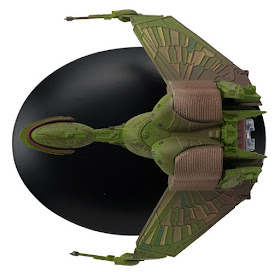 And one of my favourite designs and most anticipated releases, issue 108, the Cheyenne class USS Ahwahnee: 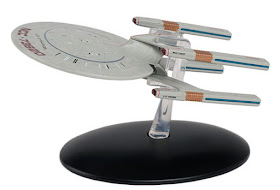 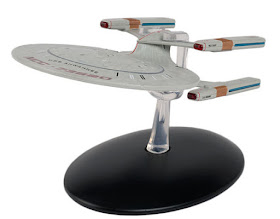 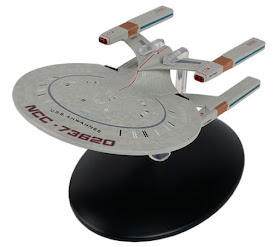 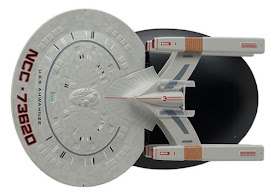 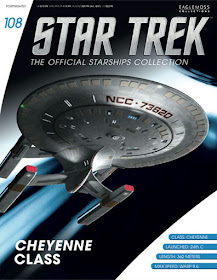