Concept artist John Dickenson has posted a huge gallery of his work from Star Trek: Discovery on his ArtStation profile. His work on the series appears to be primarily focused on the Klingons, having developed the look of new ships, weapons, and locations. His artwork gives us the best look yet at some of the new Klingon designs, and also reveals some mysterious new designs that either didn't make the cut, or are yet to be seen. Continue below to check out some of the highlights, and see a whole load more on ArtStation.

UPDATE: Dickenson has now removed his original posting. I've been in touch and understand he's just seeking clarification on what he should be putting online yet, but hasn't asked me to remove this post. However to play it safe, I have removed the more mysterious "new" stuff below. I'm going to keep up the artwork relating to already aired episodes for the time-being (with consent), awaiting feedback from the powers that be about what can and cannot be out in public yet (so stuff might disappear or reappear once I've got more updates).

So first up one of the new Klingon ships is the subject of many of the images; I imagine this is one of the more popular of the new designs, as it has a distinctively familiar Klingon sort of silhouette. Below you can see several different iterations of the design: 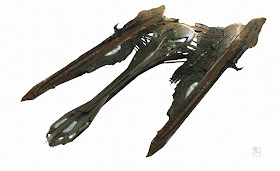 And the funky new Klingon raider: 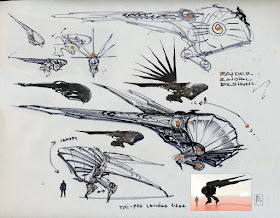 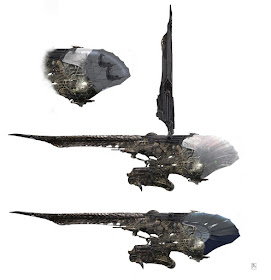 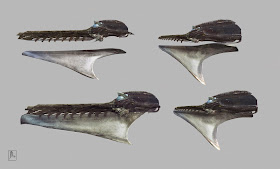 I think this concept for a shot is also the cleave ship, making a head on impact with a Starfleet ship (the Europa come the final episode):

Dickenson also worked on shots from the first two episodes; you can see here that his images translated directly into what we saw on screen: 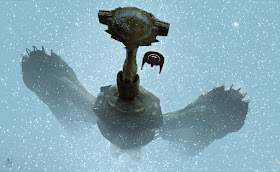 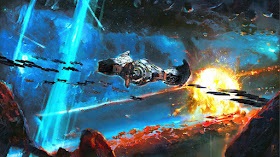 Dickenson also worked on concepts for the new Klingon weapons, coming up with diverse options for the producers: 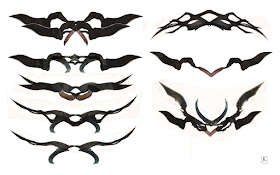 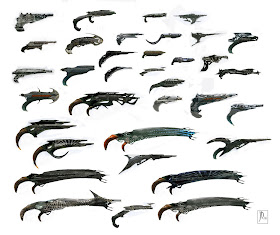 And finally, here are some more cool spacey scenes: 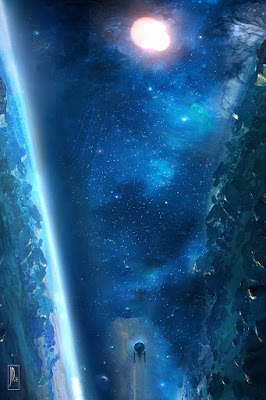 Make sure you visit Dickenson's ArtStation gallery to see a whole load more!


Star Trek: Discovery will continue weekly, and it will be distributed almost everywhere in the world on Netflix, except for the US where is will be available on CBS All Access, and Canada where it will be on Bell Media channels and services. To keep track of all the latest details from the new show, visit my Star Trek: Discovery guide page.