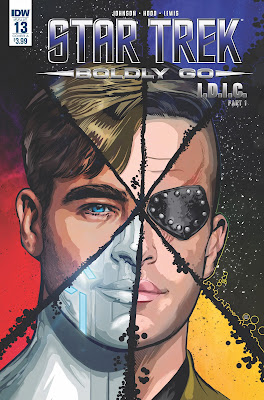 Out this week is issue thirteen of IDW's Boldly Go comic, which is the first issues in a new six-part mega-multiverse crossover story, IDIC.

The story, written by Mike Johnson, and illustrated by Josh Hood, is set to bring together several different alternate timelines. This first issue focuses primarily on a reality where Pike remains in command of the Enterprise, Spock (or Simon) plays up his Human side, and Kirk is a Klingon! All of which you can get a taste of in the preview below.

The book is available in four different covers. The A cover, featuring a fractured multi-reality Kirk, is by Tony Shasteen. The B cover, featuring a multitude of Uhuras comes from Tana Ford, with colour by Triona Farrell. One retail incentive cover is a photo of Jaylah, and another inspired by the Star Trek Beyond poster, is by Yoshi Yoshitani. 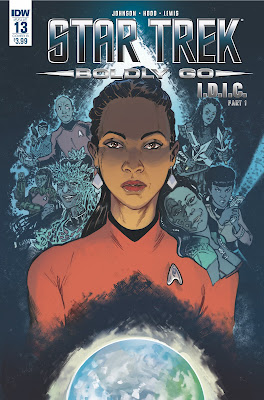 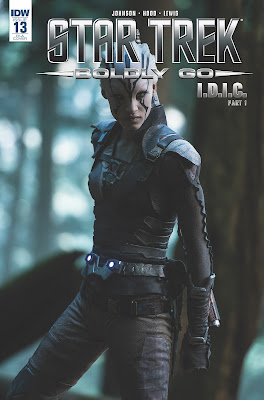 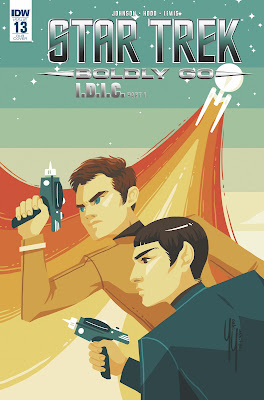 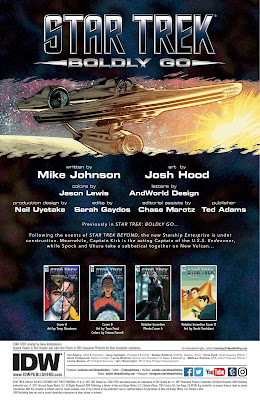 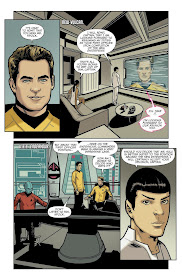 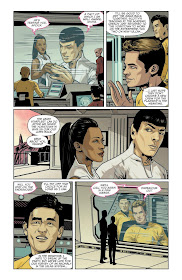 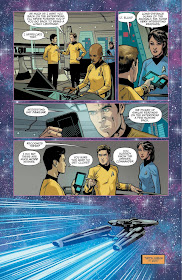 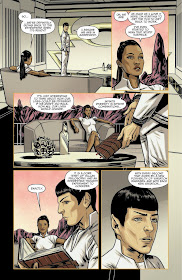 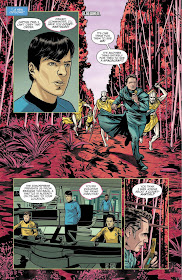 If that's not enough of a preview for you, issue artist Josh Hood has also posted a couple of pages (sans text) from later in the book: 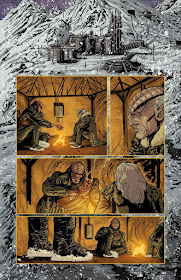 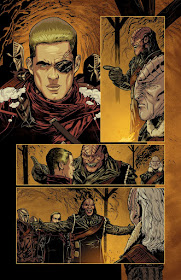 You can continue reading this story by picking up a copy at your local comic book shop, or from online retailers like these: Amazon.com, Things From Another World, Forbidden Planet, iTunes.