Anovos, makers of high end uniform replicas, have announced a new range of Star Trek Discovery uniforms, which are available to pre-order now, ahead of an expected summer 2018 release. As ever they have paid meticulous attention to detail, using original costumes from the production as reference to o re-create every element, including all the bespoke metallic rubberised details of the side panels and shoulder stripes. The costume will also come supplied with a QMx insignia badge.

The uniforms are currently offered in female and male versions, with options for all three department colours - The extra stripey captain's variant will be offered separately later. As yet there is no news on the medical white version. 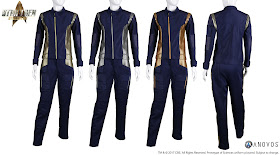 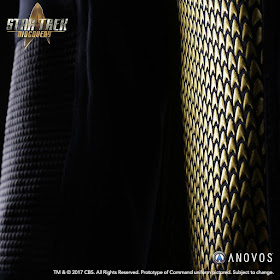 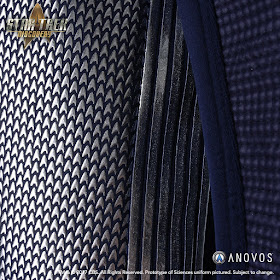