The world of Star Trek postage stamps just seems to grow and grow lately. All the most recent designs are character focused this time, and once again brought to us by the Inter-Governmental Philatelic Corporation, who design and distribute stamps for various countries around the world. Continue below to check them out.

From The Gambia we have the first ever round Star Trek postage stamps. Circular stamps are nothing new in general, although certainly they are fairly uncommon, and entirely new to the Trekverse. The women of TNG get this special treatment. 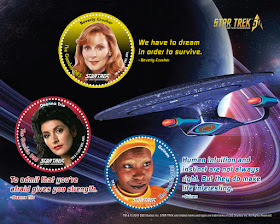 The same November 2016 issuing also has a collection of male character stamps, which look rather drab in comparison! 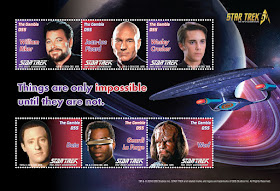 There are two more to this set, featuring a cast group photo, and a nice illustration of the USS Enterprise-D. 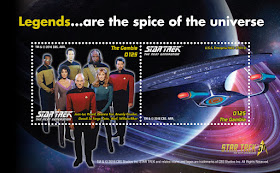 The first stamps of 2017, released in January in Antigua and Barbuda include some creative two-stamp sets of Kirk and Spock with their mirror universe counter parts. 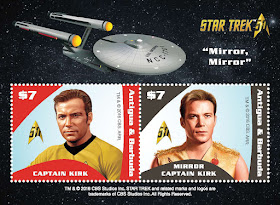 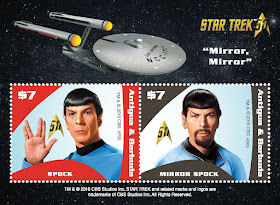 In the same release there's also a set of TOS crew portraits. 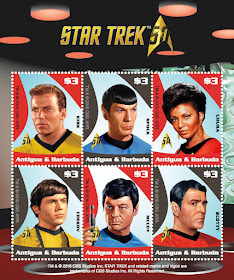 Uhura gets her very own series, care of Tuvalu. Two miniature sheets were released in December, featuring five stamps in total. 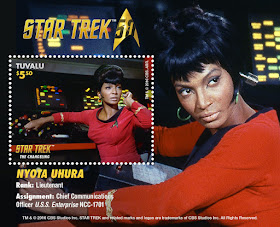 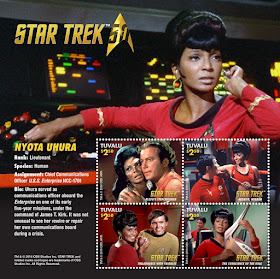 And finally Captain Kirk got a similar treatment from Ghana, with their set of seven stamps released back in October. 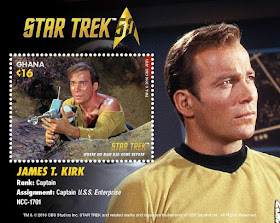 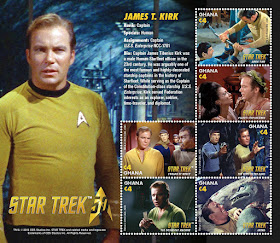