At the San Diego Comic Con the Entertainment Earth booth had plenty of Star Trek stuff on display, including one of the most charming and adorable Trek toys in an age: The delightful Pin Mates bridge playset. Designed for play and display with the tiny wooden peg renditions of the TOS crew recently released by Bif Bang Pow, the playset appears to come with three extra Pin Mates, which add Nurse Chapel to the crew, alongside a wrap-uniform variant of Captain Kirk, and Spock equipped with a painted on tricorder. 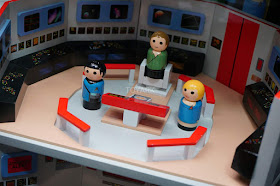 The Entire bridge has been recreated, with the front portion removable so you can look into the bridge from the front as well as above. In the Comic Con display the two sections were stacked on top of each other. 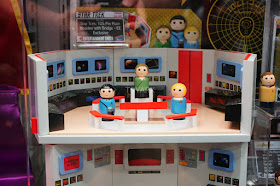 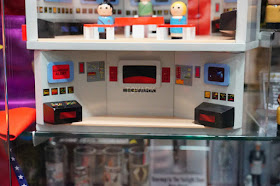 Also newly revealed at the Comic Con was a The Naked Time Sulu bobble head. 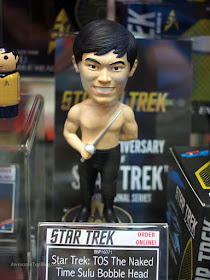 Most of Bif Bang Pow's previous releases were on display too, including loads of bobble heads, the Pin Mates crew, and several The Big Bang Theory crossover ranges. 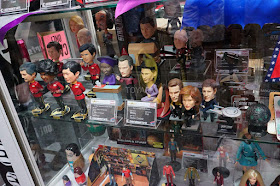 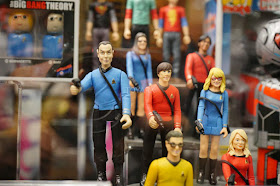 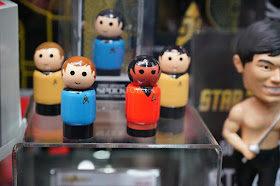 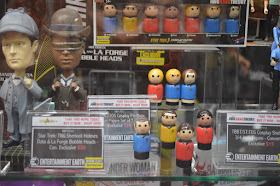 Images above variously via Toy Ark, Awesome Toy Blog, and Toy Hype USA, all of which have galleries of the entire Entertainment Earth booth, including many more images of all the Star Trek stuff.